On 28 November 2019, the ICRC was invited to give a speech on "The Cutting Edge of IHL and Applied Buddhist Principles," at the first International Conference on Buddhist Ethics, Education, and Applied Buddhism. The conference had been organized by the Sriwijaya State Buddhist College (STABN) in Banten, Indonesia.

This three-day event was attended by speakers and guests from around the world, including Buddhist monks from Sri Lanka, Myanmar and Thailand, in addition to Indonesia, and was opened by the deputy minister of Religious Affairs.

Referring to the Zen Master Thich Nhat Hanh, Dorman-O'Gowan mentioned that applied Buddhism has its roots in engaged Buddhism, which was developed during the Vietnam war as a means by which Buddhists could attend to the wounded during the chaos of conflict, whilst mitigating their own psychological and emotional exhaustion and trauma.

Dorman-O'Gowan highlighted that protection and care of the wounded and the sick in times of war is one of the most important aspects of IHL - as enshrined in the second Geneva Conventions. He also posed the question as to how the ICRC and practicing Buddhists might best promote these commonalities, raising awareness of the importance of the protection of civilians in armed conflict, both from the perspective of Buddhism and of IHL.

He shared, "What role can Buddhist leaders, scholars and practitioners play in propagating these ethics and values, to make people throughout the Buddhist world – and beyond – aware of the fact that, even given Buddhism's essential tenet of non-violence, when violence does occur there are still Buddhist ethics which fighters can follow, thereby reducing the suffering caused by the violence?"

The occasion was also an opportunity for STABN and the ICRC to sign a Memorandum of Understanding together, for further collaboration and partnership. In Indonesia, the ICRC has engaged on the topic of Buddhism and IHL with both STABN and the Smaratungga Buddhist College (STIAB) in Boyolali, Central Java, exploring the convergences between IHL and Buddhist teachings. 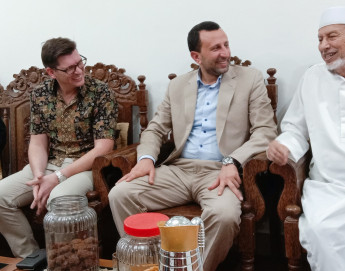 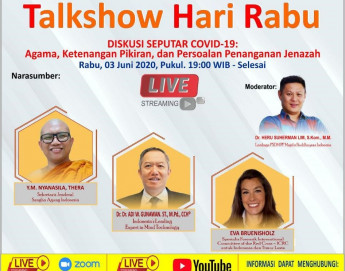 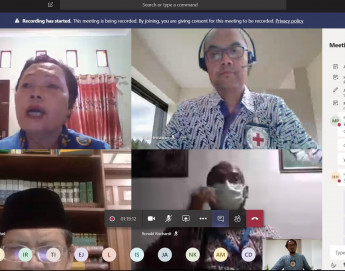 Indonesia: Religious leaders reflect on their role during COVID-19 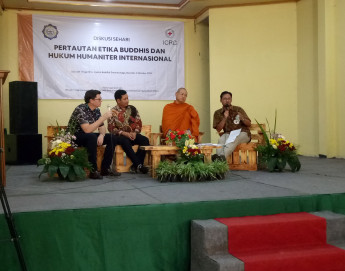