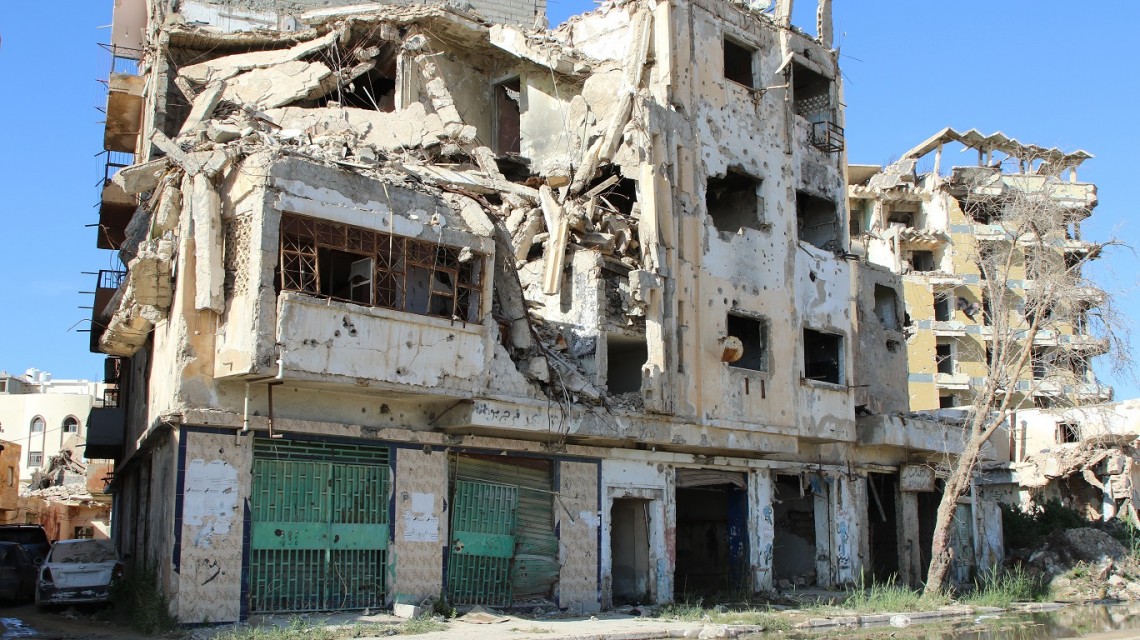 On the frontlines of conflicts today, the equation is evident: respect for international humanitarian law equals reduced human suffering. People's lives are saved, their dignity is upheld and their homes and schools protected.
Statement 24 February 2020 Switzerland France

Statement delivered by the ICRC President Peter Maurer at the Alliance for Multilateralism High Level Segment, a Side event of the Human Rights Council, 24 February 2020.

The converse is also true – when military power is violently unleashed with disregard for the law and when people are left unprotected, then overwhelming human tragedy results.

As representatives of States, you know this already. Through the universal ratification of the Geneva Conventions, States have drawn the line of humanity on the battlefield. You have entrusted the ICRC, as a guardian of the Conventions, to support you in implementing this core document of a rule-based international order.

Last year as we marked the 70th anniversary of the Conventions, we saw momentum build with States from regions around the world make strong affirmations. We saw parties to conflicts uphold the law in their military operations – such as cancelling attacks when they anticipated excessive incidental harm to civilians.

However, if the law is universally agreed, we do not have to look far to see that it is not universally respected.

The International Committee of the Red Cross is wary of the clear and present dangers that threaten life and dignity, such as:

It is difficult to imagine we will make progress on these entrenched problems without a functioning international system: a system in which States work together, beyond principles, to agree both normative and practical steps forward. Our preference is this happens within the universal framework of the United Nations in Article 89 of the AP1 of the Geneva Conventions, in which High Contracting Parties, in cases of serious violations of the Conventions "undertake to act, jointly or individually in co-operation with the United Nations and in conformity with the UN Charter".

In today's conversations however, I am sometimes afraid to see multilateralism dogmatized as the only possible format to advance. We must recognize that in reality, global consensus-building passes different forms of cooperation, be they national implementation efforts, bilateral co-operations and agreements, regional and sub-regional organizations and frameworks, or mini-lateral fora.

The ICRC does not have a recipe for the success of the system, but from the enormous humanitarian crises around us, we know when it is failing. We see that rule-based international order must not only based on inter-state cooperation but is also contingent on the backing of society at large.

For this reason, over the past decades the ICRC has invested in spreading knowledge of IHL: through training of armed forces, engagements on field manuals and practical support for ground rules as well as using new teaching methods such as virtual reality simulations.

We also engage with both States and non-state armed groups on operational issues such as the dilemmas of military necessity and protection needs by offering specific advice on proportionality, precaution and distinction or by advising on the treatment of detainees.

We have invested in research worldwide on all aspects of the respect of IHL, connecting to more than 900 universities and academic centres worldwide and building a strong community of practice. The International Review of the Red Cross has become a key reference point for this intellectual community to develop expertise and to strengthen the rule-based international order. And we have gone far beyond legal research recently, looking at behavioural science on influencing battlefield behaviour.

We appreciate the initiate of France and Germany by leading on the Call to Action, which offers to a pioneering group of States ambitious engagements on respecting IHL.

We ask that all of you set an example at home and abroad: that the law is fully implemented in domestic frameworks; that you fight double standards that delegitimize law; and that you use your positive influence over partners and allies. The widest possible participation of States in efforts to champion IHL will ultimately be those that have the most impact.

The work of upholding humanity in warfare is never finished. The job of ensuring respect for the law is made at every hour of every day – in battlefield decisions, by safeguarding humanitarian access, by limiting weapons transfers likely to be used to commit violations, by influencing the training, doctrine and practice of partner forces... to name but a few.

The modern battlefield is complex, posing many dilemmas both to military and to humanitarian operations. The ICRC offers you our expertise, our frontline knowledge and we are ready to support you in your efforts to build support for the law and to protect humanity.