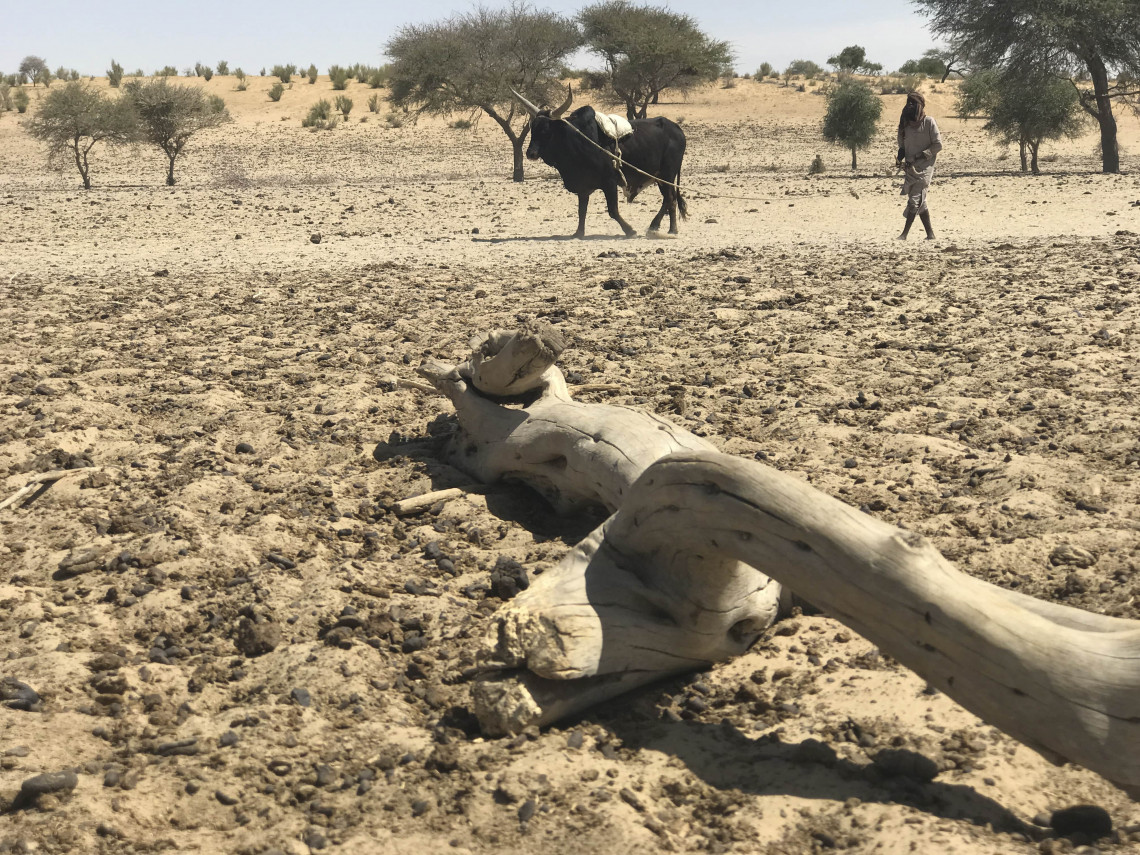 The International Committee of the Red Cross (ICRC) welcomes today's important debate held during high level week at the initiative of the Irish Presidency and chaired by his excellency Prime Minister Micheál Martin.

As an exclusively humanitarian organization, the ICRC works to protect and assist populations enduring armed conflict and other situations of violence.
Today, what we see is clear: many people affected by armed conflict and violence are also disproportionately impacted by climate risks.
The concept note rightly states that greater climate variability increases societal strains particularly in fragile settings with overlapping crises and limited resources.

The opposite is also true: armed conflict sharply increases the fragility of national and local institutions, essential services, infrastructure and governance which are necessary to strengthen people's resilience to a changing climate.

The convergence of climate risk, environmental degradation and conflict also has grave humanitarian consequences. It threatens people's lives and health, and worsens food, economic and water insecurity. It also exacerbates existing vulnerabilities and inequalities. The impact of such overlap can shape human mobility or access to resources on a continental scale.

In many places where we work, climate risks also contribute to loss of livelihoods, displacement and increased poverty. Shifts in pastoral routes and agricultural practices in response to a changing climate may stir tensions when communities that lack common established relationships and conflict-resolution mechanisms must share land and other resources.

Today's debate centers on practical actions the Security Council can take to address climate related security risks, including within its traditional functions of peacekeeping, conflict mediation and conflict prevention.
In this respect, the ICRC has the following messages:

First, countries affected by conflict, other violence or fragility tend to suffer from the absence of strong governance and inclusive institutions. In such places, while climate change may not cause conflict, it may contribute to exacerbating and prolonging conflict and instability by further weakening institutions, systems, and people's coping mechanisms. It may also aggravate communal violence. These combined issues can constitute threats to international peace and security. At the same time, hard security responses alone will not tackle these risks. Rather, conflict-sensitive and preventive responses must strengthen people's resilience and adaptive capacities to short- and longer-term changes and avoid short term fixes which fail to both predict and address changing patterns of needs.

Second, damage and destruction of the natural environment in armed conflict, which further reduces people's resilience and adaptation to climate change, can be a catalyst for displacement, and can contribute to inter communal conflict as a result of loss of livelihoods and increased competition for resources. Greater respect for international humanitarian law rules that protect the natural environment can limit its degradation, and thus reduce the harm and the risks that conflict-affected communities endure, including as a result of climate change. It can also contribute to making them more resilient to further shocks. This is why the ICRC is accelerating its outreach to States with its updated Guidelines on the Protection of the Natural Environment in Armed conflict, setting out 32 rules and recommendations relating to the protection of the natural environment under IHL, and calling on states to promote respect for and comply with these rules.

Finally, sustainable peace and security will not be established by focusing only on military and security measures to prevent and address conflict and violence. The Council could consider strengthening its analysis of how combined climate and security risks intersect and exacerbate existing vulnerabilities, taking into account people's individual characteristics, such as their age, gender or livelihoods, and situation. We must ensure those most at risk are urgent priorities.