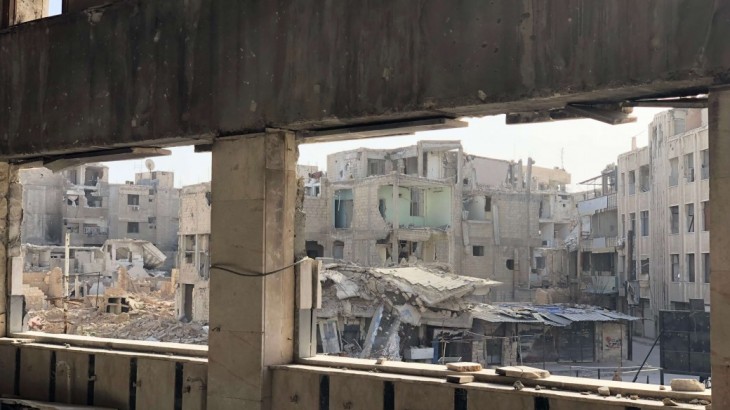 "Humanitarians can put a bandage on the patient. But it's only States who can cure that patient"

Thank you for giving the International Committee of the Red Cross, and myself, the opportunity to address you today.

I'm not going to recite here, once again, the facts, the figures, the tragic stories. I think we're all aware of them.

Suffice it to say, the people are weary. The people are tired of a war without end. A war with, apparently, no limits.

Make no mistake, this is a complex conflict, involving multiple States, armed groups; militia and self-defence forces; proxies and advisers.

The result is a diffusion of responsibility which has left the line between truth and falsehood blurred beyond recognition.

It's important that States - and others - use their influence to urgently alleviate the situation.

In concrete terms, this means that States supporting parties to the conflict in Syria must:

- Clarify responsibilities. Who is responsible for what, and for whom? Ambiguity increases the risk of IHL violations.

- Second. Improve accountability. States should implement clear procedures to collect allegations of violations, and then, investigate them.

- Third. Add safeguards to arms transfers to parties which are involved in committing violations of IHL.

These are just three of the ten recommendations that the ICRC has shared with parties to the conflict and States of influence.

Put simply, there should be no support to warring sides if they don't respect the laws of war.

No support without compliance. A simple condition that can save lives.

States supporting parties to the conflict - and states of influence - have a moral and a legal responsibility to protect the vulnerable, the injured, the displaced, and the detained.

Ladies and gentlemen, four and a half hours direct flight time from here, thousands upon thousands of people are living in fear and uncertainty.

The life-compass of a generation has been ripped from their hands.

Children are growing up, knowing nothing but fear and uncertainty, bomb and bullet.

Can we - and can States - stand on the moral high ground, guilt-free and content?

No. We all bear responsibility. In our own ways, in our own positions.

Humanitarians can put a bandage on the patient. But it's only States who can cure that patient.

This war is not over. The suffering continues. If anything, it has increased in recent months.

So what am I asking for?

Provide protection for the vulnerable

Have the courage to find a political solution which will give the hope that all Syrians want, and need.

More on the ICRC position on the issue of returns to Syria: