Famine prevention and response - ICRC statement to the United Nations 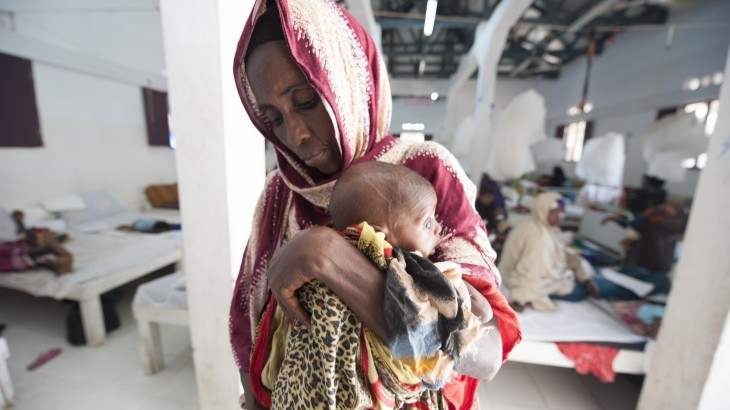 This year we saw famine loom over our world as millions faced starvation. The ICRC, like others, accelerated its food assistance program and in South Sudan last month I saw the difference this aid is having on the ground.

But millions are still facing severe food shortages. And this is not one-off. We saw major famines in 2011, and in the previous decade and the one before that too.

Famine is a symptom of protracted war. And when it manifests, it rarely manifests alone. Famine is accompanied by broken health systems, damaged infrastructure, and shattered economies. If I can be frank, famine occurs when there is a basic disrespect for decency and the dignity of human life.

To treat these symptoms, we must treat and prevent the disease. We must proactively support the fabric of communities, the services and supports that people depend on. We must ensure people are treated with dignity so that resentment and hostility is not fueled. We must improve how wars are fought through greater respect for international humanitarian law.

The ICRC welcomes the new energy being brought to the prevention agenda. Prevention is in the DNA of the ICRC. While we don’t make the peace, we hold the pieces together by limiting destruction and preventing development going backwards.

Every day in conflict zones we shield vulnerable communities by supporting the very structures they rely on. We bolster health systems, we shore up electricity and water supplies, we support livelihoods and make cash grants for small businesses.

To ensure millions are not left behind, frontline action must be supported by greater engagement and investment by development actors. We have seen how the World Bank can play this positive role as it has done recently in supporting our operations in Somalia.

Wars fought in famine-affected countries are characterized by abuses and violations of the most basic principles of international humanitarian law.

If we hope to prevent famine and stitch communities back together, IHL must be respected. To save people from the very worst abuses, to break the fragility cycle that we see in prolonged conflicts without limits and laws. IHL is the first, practical tool that helps to provide solutions, to help parties find ways out of entrenched positions, and to build stability.

The critical question then is how to change the behaviors and policies of belligerents. What are their motivations to exercise restraint, where are their spheres of influence? As I saw recently, what makes an armed group that regularly loots hospitals South Sudan suddenly stop this practice?

The nature of conflict is being transformed by the rapid rise in armed groups that are horizontally rather than vertically organized. More armed groups have emerged in the last six years than the previous six decades. We all need to adapt to this new reality, and quickly.

Our new research with several armed forces and non-state armed groups is providing fresh insights on behavioral change. We are discovering that a frontline fighter is more concerned about the views of peers than the punishment of commanders: meaning prevention of violations is often driven horizontally between combatants rather than vertically by authority.

The evidence is also showing that practice of shunning armed groups and criminalizing contact is counterproductive. This runs against many of the practices and security policies we see around the world. But if we are to see improved behaviors then non-state armed groups must be brought into ‘the tent’.

Five steps will contribute to stopping this endless cycle of war, fragility and famine:

This is our challenge, and this is our responsibility, to the tens of millions for who every day is a question of survival.