The ICRC stresses the need to protect migrant children 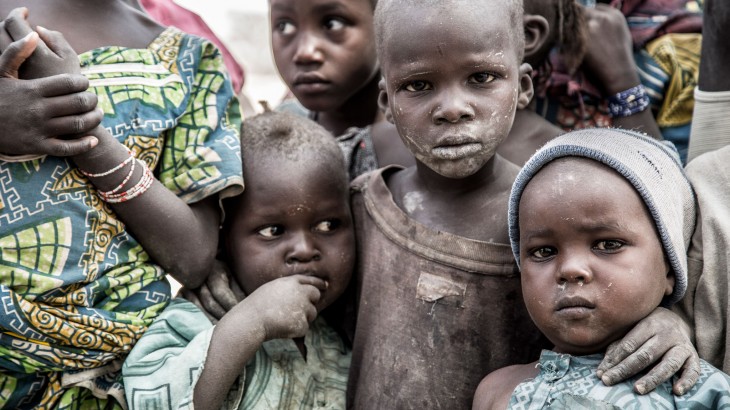 The International Committee of the Red Cross (ICRC) participated to the 29th session of the African Committee of Experts on the Rights and Welfare of the Child (ACERWC) held from 2 to 5 May 2017, in Lesotho. The Deputy Head of Delegation of the ICRC Delegation to the African Union, Ms Diane Misenga Kabeya, made a statement underlining that the ICRC aims at protecting the life and dignity of all victims of armed conflict and other situations of violence, and providing them with assistance. She further stated that children not only represent a large segment of those affected by armed conflict, but are also particularly vulnerable.

Ms Kabeya, stated that from its presence in the field, the ICRC witnesses the immense suffering imposed on children as a consequence of armed conflict. They are often separated from their families, displaced or otherwise find themselves 'on the move'. Children who are detained and internally displaced are also often separated from their families, and deprived of access to an education and other essential services, including medical care and psychosocial support.

Therefore, the initiative of this Committee to undertake a comprehensive continental study on children on the move in Africa is a clear sign that forced movement of children is a protection challenge in Africa.
The ICRC ceased the opportunity of the session to share its perspective on the vulnerabilities of migrant and internally displaced children; their humanitarian needs and the endeavour to address them.

The Deputy Head of delegation affirmed that separation is another challenge for children, who are separated from their family during their migration journey. She added that in its confidential dialogue with states, the ICRC reminds authorities of their obligations under international law to prevent family separation to preserve family unity and to support families in their search for missing relatives and in clarifying their fate.

Cross-border/regional coordination is also required when it comes to taking steps to determine the identity and fate of missing migrant children, facilitate transmission of information to their families and manage unidentified remains and related data.

She also added that migrant children are also at risk owing to the possibility of immigration detention that often leaves them, whether held separately or with their families, in an alien environment, uncertain about their future and unable to understand why they have been detained. Detention can indeed have an adverse effect on their physical and mental health. In this respect the ICRC engages in confidential dialogue with States to remind that Children - unaccompanied, separated or with their families - should not be detained for reasons related to their or their parent's immigration status. Their best interests shall be a primary consideration in all actions concerning them, including decisions to initiate or continue detention as well as strict application of the principle of non-refoulement.

Ms Diane Misenga Kabeya mentioned that the adoption of the Kampala Convention the first international treaty for the protection and assistance of people displaced within their own borders , is a demonstration that African countries are aware of the the extent of the suffering and specific vulnerability of internally displaced people (IDPs). She added that efforts should aim to identify specific vulnerabilities and risks faced by IDPs children to address their protection and assistance needs, in accordance with relevant legal frameworks.

In conclusion, she stated that the ICRC wishes to stress the commitment expressed by States to take the necessary measures, in accordance with the African Charter on the Rights and Welfare of the Child, to ensure that child migrants receive protection and humanitarian assistance as set out in the Charter.