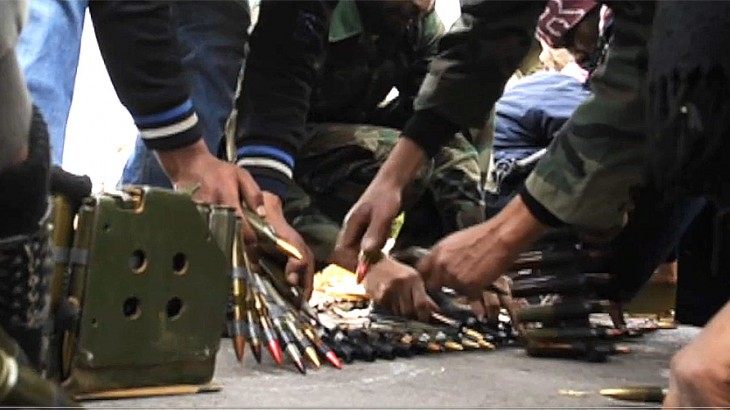 Geneva (ICRC) - The vice-president of the International Committee of the Red Cross (ICRC) has appealed for States around the world to cease the supply of arms and ammunition to parties to armed conflict who violate international humanitarian law (IHL). Speaking at the second Conference of State Parties of the Arms Trade Treaty (ATT) in Geneva, Christine Beerli said there were 'insufficient controls' on the transfer of conventional weapons.

"The proliferation of arms and ammunition facilitates violations of IHL and of human rights law, including acts of terrorism and sexual and gender-based violence. It fuels a never-ending spiral of violence that leads to protracted armed conflicts," said Ms Beerli.

She said from Syria to South Sudan, from Libya to Yemen, the flow of weapons had had 'terrible consequences' for civilian men, women and children. In Latin America, she said, armed violence had led to an alarming humanitarian situation in several countries.

Ms Beerli said the ATT gave States a renewed opportunity to make a difference by stopping arms flows to conflict zones where violations of IHL were occurring.

"At the heart of the treaty are its humanitarian objectives – the moral and legal imperatives to prevent human suffering and to respect and ensure respect for IHL and human rights through the strict control of arms transfers. This, in turn, will create an environment conducive to building security, at regional and global levels," said Ms Beerli.

The Conference is due to consider establishing a Voluntary Trust Fund which will provide support to those countries which need assistance to implement the treaty. This could help States manage stockpiles of weapons and, also, control their borders. The ICRC is urging all States in a position to do so, to contribute to the Fund.

The ATT aims to regulate the international trade in conventional weapons, came into force in December 2014. 87 countries have ratified the Treaty and a further 46 states are signatories, but have not ratified.