Displacement in times of armed conflict: How international humanitarian law protects in war and why it matters

The main purpose of the study is to draw attention to the key role that IHL plays in addressing displacement and to influence law and policymaking among States and international and multilateral organizations. This is the first instalment of IHL Impact, a series of research studies that draw on the organization’s unparalleled knowledge and resources to examine how IHL actually makes a difference on the ground.
Report

The harrowing reality of displacement caused by armed conflict

Displacement is part and parcel of war and also one of the greatest humanitarian challenges of our time. When people become displaced, their physical and mental health often suffers. They can lose their independence, be or feel unsafe, lack access to essential services and be at heightened risk of services and violence. Displacement affects host communities, too – especially if they are unprepared and lack the support they need.

To which extent could international humanitarian law have an impact on displacement? The ICRC has carried out a research study to better understand the interaction between IHL and displacement. 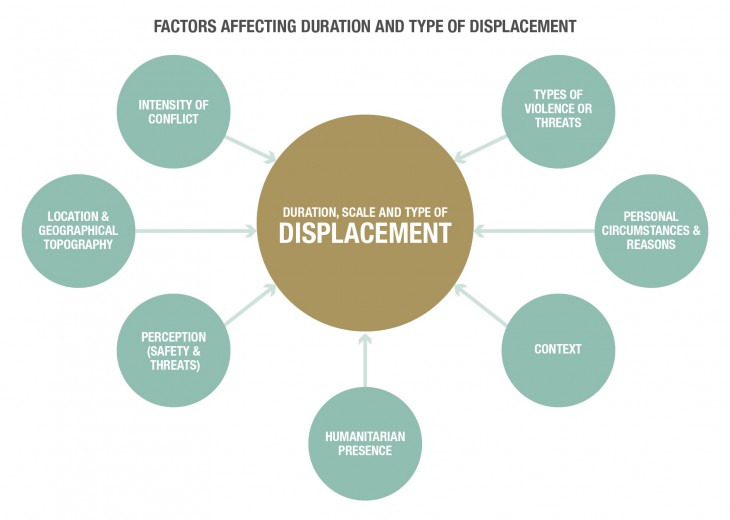 The question of return

Better respect for IHL mitigates the widespread damage to and destruction of civilian objects caused by war. IHL also prohibits the use of certain weapons and requires the parties to the conflict to clear, remove or destroy explosive remnants of war in territories under their control, after the cessation of hostilities and as soon as feasible, making the environment safer for returnees. As such, respect for IHL contributes to making return a genuine option for displaced people. In addition, the protection that IHL confers on civilians may contribute to the safety of returnees. 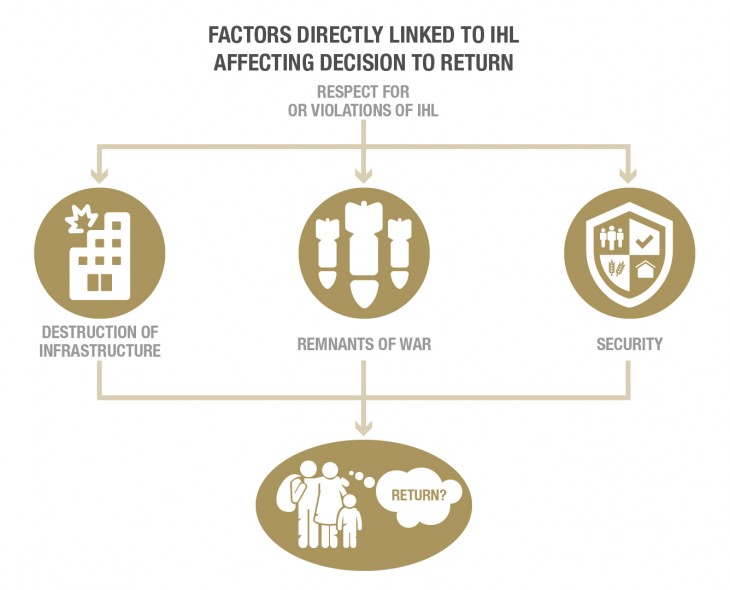 This study is the first of the ICRCs IHL Impact series. In this research series, evidence will be collected that showcases the actual impact of international humanitarian law during armed conflict on social, political and economic issues, such as human security, development and international relations. The IHL Impact project seeks to contribute to increased respect for the law by providing pragmatic arguments on how IHL can make a difference to the lives of people caught up in armed conflict. Combining empirical research with academic study and drawing on internal and external expertise, the project will examine the effects that arise from both respect for IHL and violations of IHL.