Making a case for humanitarian norms in a populist world 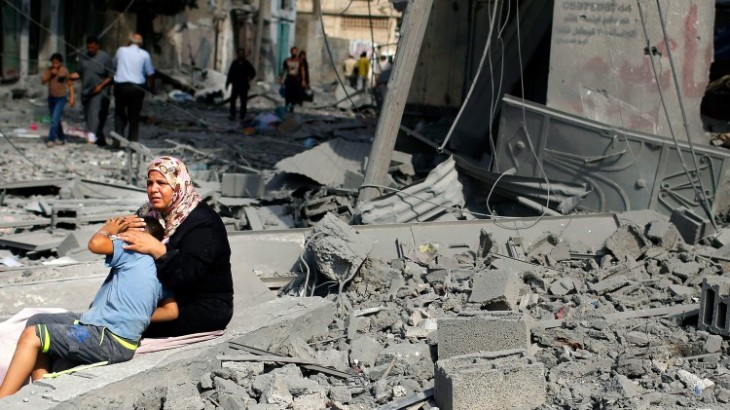 Switzerland is the birthplace – 150 years ago – of the International Committee of the Red Cross and the Geneva Conventions that followed. And while the ICRC still has its headquarters in Geneva, we are a truly global organization of 16,000 staff working 80 countries affected by conflict and violence... places like Syria, Iraq, South Sudan, Yemen, Myanmar, Colombia, Lake Chad.

Our basic mandate is in international humanitarian law and our approach is to seek positive dynamics between our legal mandate, our operational work and our policy engagement with States. For me, the equation is simple – if the law was better respected we would simply not see the current level and intensity of suffering in the world today. We would see fewer protracted conflicts, fewer acts of retaliation and peace easier to achieve.

Yet through our operations, we see first-hand, as you do, the grave humanitarian and human rights violations around the globe. While each conflict we work in is distinct, the impact of violence, the suffering of people is too often the same - from Taiz to Eastern Ghouta and to Gaza and beyond.

One of the key features of the ICRC's distinct methodology is to try to be as close as possible to communities affected by the conflict, and to build a relationship of trust and acceptance by militaries and armed groups, so that we can engage in direct dialogue.

With more armed groups emerging in the last six years than the previous six decades, it is vital that we take the same approach to all – states and non-state armed groups alike: we want to talk to them about the suffering that they might be causing through their actions, to persuade them to change their behavior and to act in accordance with IHL. This starts from educating on the law, practical training to prevent violations, and practical recommendations with which they can spare the civilian population.

We also try to help communities to protect themselves, for instance by providing a neutral space in which they can talk and negotiate with the weapons bearers in control of a given territory, or by designing assistance programs to help them safeguard themselves against the risks of war.

However, with the rise of populism, we are facing concerning new risks for the respect for humanitarian and human rights norms. This culture of indifference is growing into mistrust, xenophobia and intolerance. IHL – just like human rights – is disputed. Those who do not believe in it, challenge it with fake news and cheap arguments, those who believe in it are losing faith in its power, those who sponsor it, become impatient as they do not see immediate value-for-money. The all-pervasive anti-terrorism discourse is one of our biggest challenges, just as it is for human rights organisations.

In this difficult environment, the critical question for the ICRC is... how do we change the behaviors and policies of belligerents and influence them to respect the norms underpinning IHL? It is a hard sell, sometimes, as you can imagine, and we are constantly looking for innovative approaches.

Later this month the ICRC will be launching a report on long term research into the factors that influence armed groups – both states and non-state armed groups – to exercise restraint.

This research is providing fresh insights on behavioral change, for example we've seen how frontline fighters are more concerned about the views of peers than the punishment of commanders: meaning prevention of violations is often driven horizontally between combatants rather than vertically by authority. We want to use these findings to encourage, scale and accelerate what is working on the ground.

Implementation of the law is difficult and complex, but rather than be locked into debates on violations, the ICRC is changing the narrative to talk about the positive examples of how the law is frequently used to protect people. For instance: in detention, the principles of IHL and international human rights law have increased humane treatment, reduced torture and prevented cycles of resentment and radicalization.

And we are looking to influence at all levels. Many of today's wars are fought with the support of allies and partners – those who may not have troops on the ground for example, but may be providing finance or selling weapons. The ICRC is working with these partnered states on their obligations and how they can bring their influence to how wars are being fought.

The dynamics of today's battlefields are intensely complicated and the neat categories that perhaps we are used to thinking in no longer apply. It is becoming more difficult to untangle the intertwined categories of development and humanitarian assistance, or the overlapping of IHL and IHRL law.

I recall, for example, the situations in Taiz and Homs a few years ago as the Arab Spring was turning into armed conflict in Yemen and Syria. On the one hand we saw demonstrations repressed through the use of force; on the other hand we saw an armed opposition fighting government forces. It was extremely challenging to know how to apply the legal frameworks in these situations and the protections that must be applied.

There are no simple legal answers to this, and it is through research and discussions between human rights and IHL experts that we can make headway to come up with a realistic and most protective possible framework. The law is not static, it requires ongoing interpretation, especially with two trends of today's world – protracted wars and zones of fragility.

In conflict, IHL regulates the conduct of hostilities and provides protections to civilians. It provides that people can have clean water, food and shelter. But beyond this IHL gives only limited guidance on medium or longer needs. Yet those needs are present, especially when wars are protracted, when they last for decades, for example in places like Afghanistan or Colombia. Beyond emergency needs lives do not stop. People still try to find employment, to educate their children, to live with freedom. In these long wars the ICRC is working to fill some of the gaps – we are maintaining water, electricity, sanitation systems for cities at war. But we cannot fill all the gaps and know the critical importance of other forms of rights and protections, including human rights.

Around the world we are also seeing the growth of zones of fragility – characterised by extreme violence, underdevelopment, injustice and governance problems and corruption. Together, these factors lead to limited trust between citizens and governments, and outright political tension, allowing organized crime and terrorist networks to flourish... and generating alarming levels of humanitarian needs. In many of these places, the lines between armed conflict and other types of violence are not entirely clear. But even when we work in situations below the threshold of conflict and the protections under IHL, we can apply humanitarian principles, and most importantly create humanitarian space, while referring, in legal terms, to a human rights framework.

There is much that can be achieved when humanitarian and human rights organisations work together. We have distinct ways of working, for instance Human Rights Watch has a public advocacy role that ICRC does not, but when we combine our strengths and expertise it is possible to make change.

These are good wins which I support and encourage. With the demands of today's world so vast and complex, and in a time of pervasive indifference, it will take all of us – working together and through our distinct roles – to enable change.