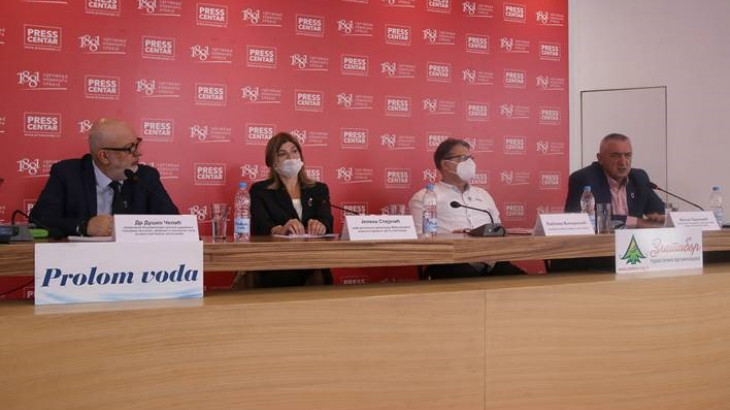 Marking the International Day of the Disappeared with the families of the missing.

The International Committee of the Red Cross (ICRC), in cooperation with the Coordination of Serbian Family Associations of the Missing, Killed and Perished in the conflicts in Former Yugoslavia, Red Cross of Serbia and the Commission on the Missing Persons of the Government of Republic of Serbia, marked the International Day of the Disappeared with the families of the missing across Serbia taking part via video link due to the epidemiological measures.

According to the ICRC, there are still 10,025 people listed as missing since 1991, when the first conflicts broke out in the former Yugoslavia.

"During 2018, 111 people were found and identified, in 2019, 218 people, and from the beginning of this year until today, only 19 people. On behalf of the International Committee of the Red Cross and over 10,000 families, we appeal to both officials in the region and representatives of international institutions that we all together make additional efforts and truly commit ourselves to resolving this primarily humanitarian issue, with only one goal - to clarify the fate of the missing persons so that the families who have been expecting answers for decades can finally find their peace, " said Jelena Stijacic, the head of the ICRC Belgrade regional delegation.

The lapse of time greatly complicates the search process, as well as the lack of new information. The ICRC expects the process of resolving the issue of the missing persons to be accelerated, which requires good will and commitment from all actors involved in this process.

Concerned with a steady decrease in identifications, coming almost to a halt in recent years, the ICRC presented a five-year plan in 2018 which, stemming from the status and mandate of the ICRC includes intensified efforts and direct engagement of the ICRC experts in searching the archives of international organizations and military units present during the conflict in the Western Balkans solely for the purpose of finding information on the fate of the missing persons or the locations of the remains of those who lost their lives.