Iran: Tackling the challenge of violence against health-care workers 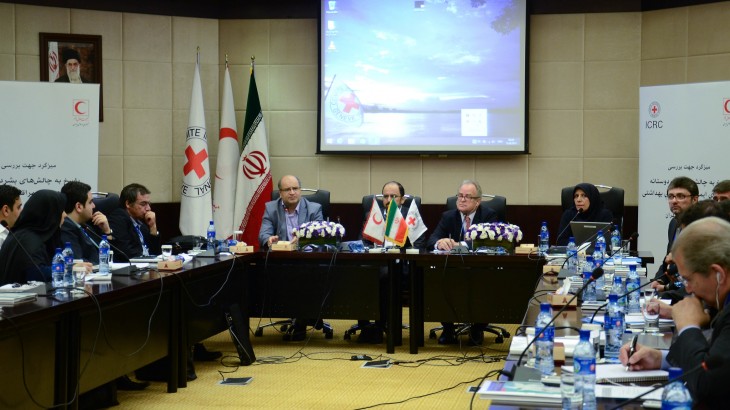 Tehran (ICRC) – A round-table meeting took place today on the challenges of protecting health-care workers from violence during conflict and other emergencies, particularly in the Middle East. It was hosted by the Red Crescent Society of the Islamic Republic of Iran and the International Committee of the Red Cross (ICRC).

"In recent years there has been a drastic increase in attacks against health-care workers, especially in the Middle East. It's a big problem, and we want to draw attention to it in Iran," said Mohammad-Shahabeddin Mohammadi-Araghi, Under Secretary General for International Affairs at the Iranian Red Crescent. "Through this and other similar events around the world, we hope to find ways to better protect workers and patients."

Mr Naraghi added: "When there is widespread violence, more often than not, health-care workers and facilities come under attack or people are not allowed to travel safely to hospitals. To stop this deadly pattern, we need to bring together everyone at the local and international levels. By sitting down and exchanging ideas, we can come up with ways to keep everyone safe."

Since the Health Care in Danger project was launched in 2011, 12 workshops have been held around the world, including one hosted by the Iranian Red Crescent and the ICRC in February 2013. These workshops bring together experts in a number of fields to address specific topics, such as military practices, national legislation on protection, and the roles and responsibilities of the National Red Cross and Red Crescent Societies. The workshops have resulted in a series of recommendations and practical measures for protecting health-care workers, facilities and patients in armed conflict and other emergencies.