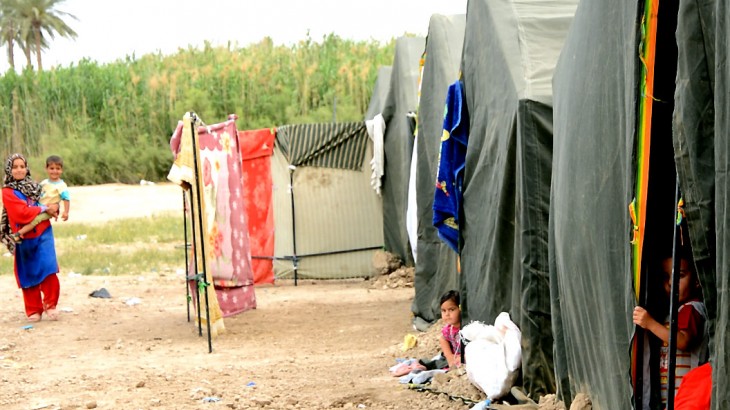 South west of Baghdad governorate. Families who fled the fighting in Anbar now live in tents, with no access to clean water and proper health care.CC BY-NC-ND/ICRC/R.ElHage

Baghdad/Geneva (ICRC) – The International Committee of the Red Cross (ICRC) has said an enormous effort is needed to cope with a dramatic increase in the number of people forced to flee their homes in Iraq. The ICRC is appealing for an extra 36 million Swiss Francs (38.5 million dollars, 34.3 million Euros) in aid, on top of funds already allocated for Iraq, to help deal with the increasing needs.

There are currently around 2.7 million internally displaced people in the country, compared to around 300,000 in early 2014. The rise is due to the intensification of fighting in different parts of the country.

"Vital infrastructure has been damaged in areas affected by fighting. Basic services such as health and water have been severely affected. In short, the needs are growing quite dramatically," said the ICRC's director of Operations, Dominik Stillhart, who is on a five-day visit to Iraq. "The extra money will enable us to provide aid for nearly 900,000 people. The provision of clean water will be a key priority as the hot summer begins. This extra funding will also be used to support health facilities which have been severely damaged or destroyed during the fighting," said the director of Operations. 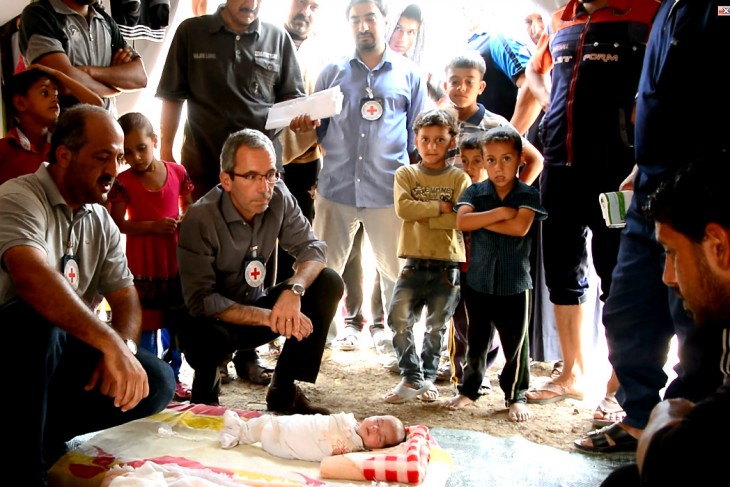 Dominik Stillhart, ICRC director of operations talks with people forced to flee Anbar and now live at a camp in the south west of Baghdad. CC BY-NC-ND/ICRC/R.ElHage

"I am moved by the situation that I have found during my visit. Displaced people are living in appalling conditions. Some of these displaced people have also been subject to attacks and intimidation when they have moved to new areas," said Mr Stillhart following field visits to Anbar, Baghdad and Kirkuk Governorates. "We will continue to engage with the parties to the conflict about their responsibilities to protect civilians, detainees and the wounded and sick, in accordance with international humanitarian law.

Since the beginning of 2015, the ICRC has provided one-month food rations and other essential relief items to more than half a million people in Iraq. Vital medical supplies have also been distributed to 45 health facilities across the country. More than 400,000 people have benefited from ICRC's efforts to improve water provision. At the same time, ICRC staff continued to visit places where people have been detained. The aim is to ensure that those held are treated in a humane way.

The people of Iraq have suffered for too long. The impact of the various conflicts and fighting will last for generations. That is why it is so important that we make a huge effort now, to reduce the suffering," added Mr Stillhart.