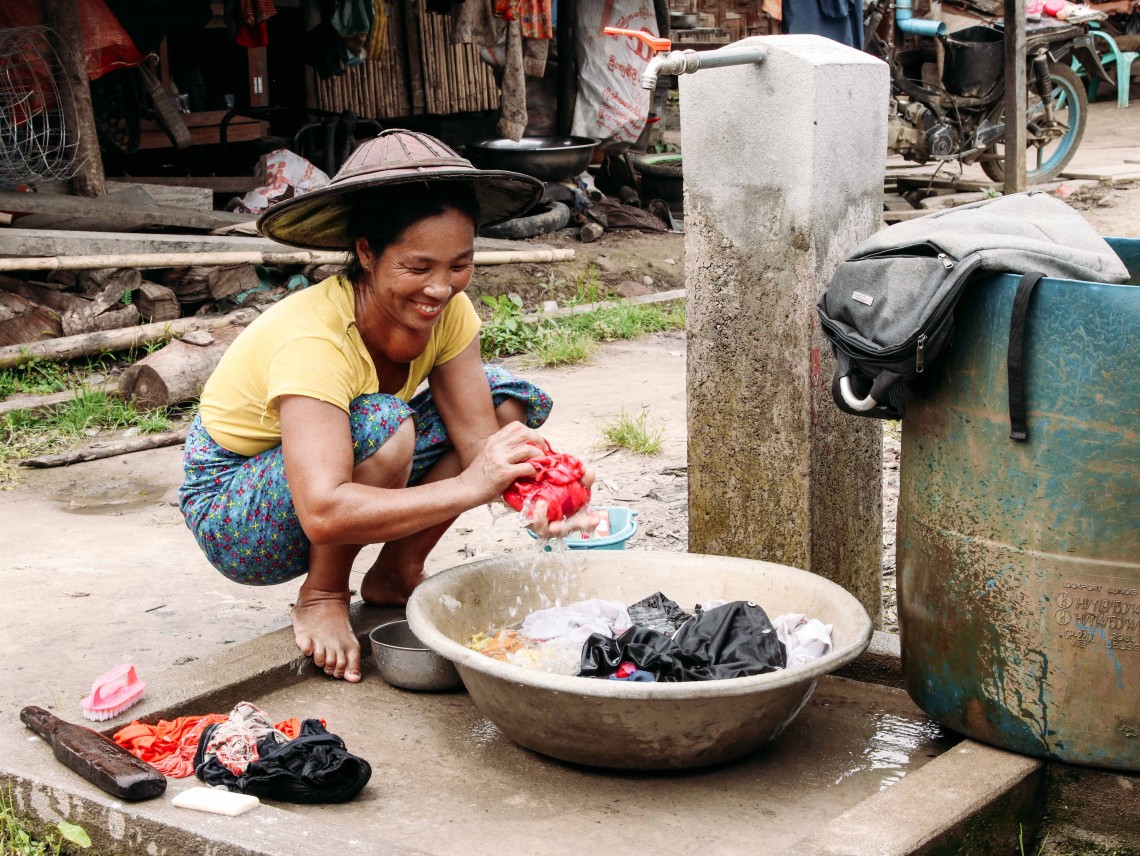 Imagine walking for more than an hour just to get your daily fill of clean drinking water.
Article 17 October 2018 Myanmar

For the internally displaced people (IDP) living in a camp in Myanmar's Kachin State, this was a part of their harsh reality till recently. After a year of hard work, the engineers of the International Committee of the Red Cross (ICRC) put together a system of water distribution Mai Khaung KBC camp near Mai Khaung village that is home to almost 170 IDP families. Those living in the area now no longer have to travel miles to fill clean drinking water; it's now available just a few steps away. 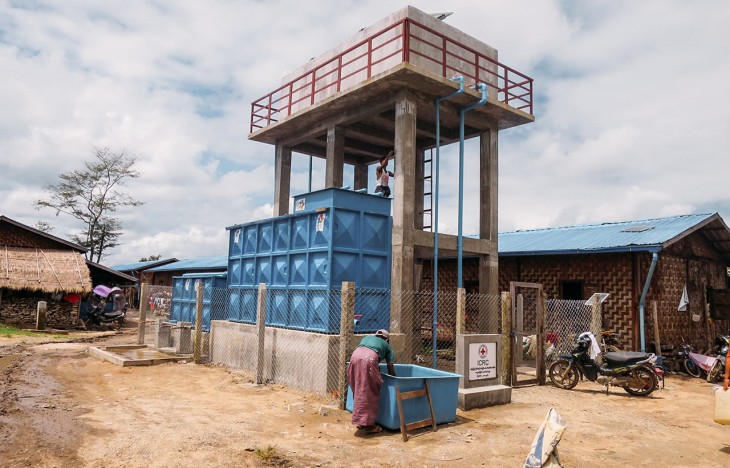 More than 100,000 people have been displaced from northern Myanmar since 2011, when the Myanmar military (Tatmadaw) and the Kachin Independence Army (KIA) resumed fighting after a 17-year ceasefire. The ongoing conflict has torn Kachin's economy apart, with people losing their livelihoods and access to basic facilities. 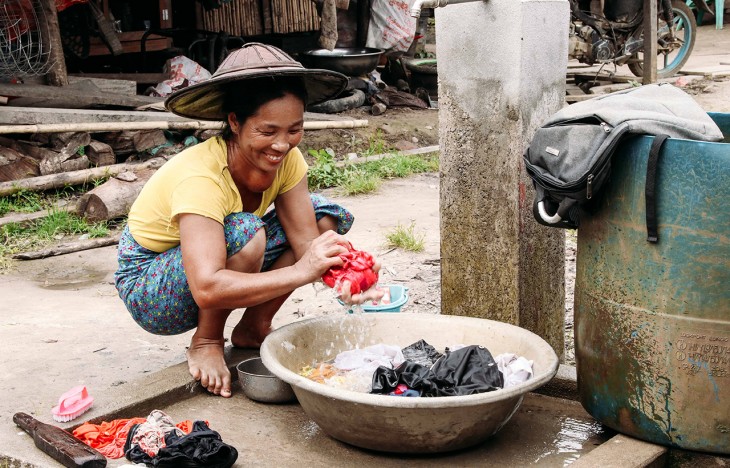 Kaw Mai, along with her husband and their six young children, is one of the thousands who have been displaced because of the conflict. They fled from Kachin State two years ago and took shelter at a camp near Mai Khaung village, which is home to another 169 families. While there are other pressing needs, access to clean drinking water is one of the main concerns for these people.

We struggled to get clean water when we first got here.

While the camp has some boreholes that provide water for washing clothes, cooking and showering, it's not clean enough for drinking. As a result, Kaw Mai would have to go to the well in the nearest village, a half-hour's walk away, to get clean drinking water.

But that changed when the ICRC created a distribution system that provides a water tap for every six houses. Before this, the entire camp had only seven hand pumps and two shower rooms, forcing the residents to walk a few kilometres each time they needed water, and then queue up for hours for their turn.

Additionally, we took a sustainable approach and used solar energy to power this system, which not only keeps it functional throughout the day, but also reduces the cost of operating it.

It's is the first time solar energy has been used to power a water system in Kachin State, and other organisations have been watching the project with interest with a view to replicating it elsewhere.

There were days in the past when I couldn't even bring myself to shower, let alone wash my clothes, due to poor health. 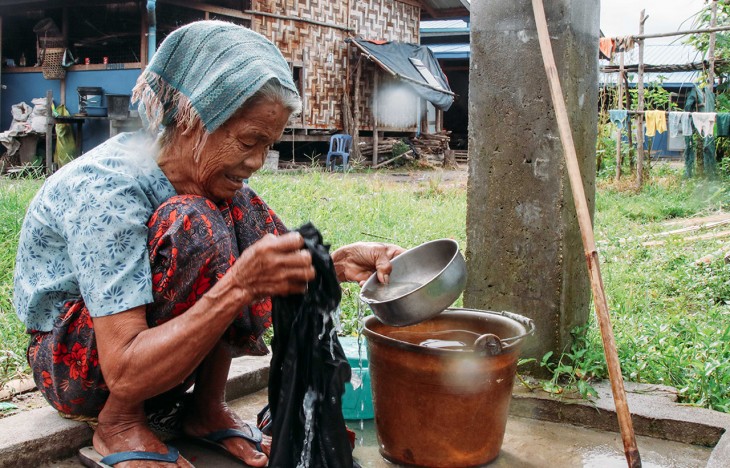 For 85-year-old Maraw Htu Lum who suffers from back pain, access to water has made life much easier. Maran Naw Htoi, grandfather to a four-year-old, said, "It's a huge relief to the elderly. Walking long distances with a bucket of water on our back was taking a toll on us."

Mary Lu Pan, a young mother, says, "Having a tap just across my home allows me to do the washing while my infant daughter naps. It saves me so much time and effort!"