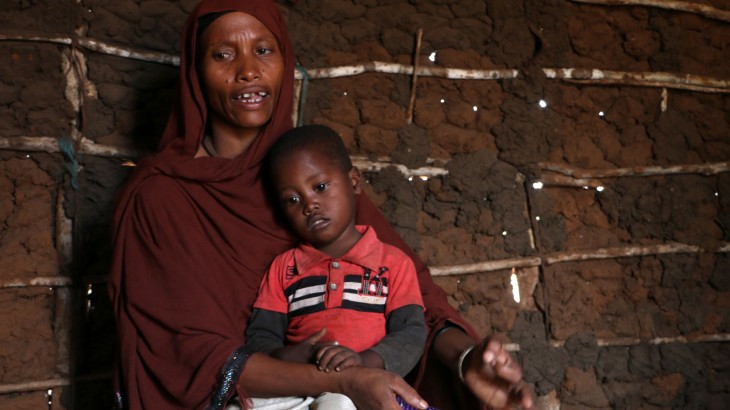 Afuya cradles her 2-year-old son, as she recounts how she lost her other son, 4-year-old Yahaya, to the effects of the drought in March. CC BY-NC-ND / ICRC / Jason Straziuso

The 4-year-old boy went from mildly ill to dead in less than 12 hours. The village residents nod knowingly of the cause: There is no food in this isolated community on the Kenyan coast, and the only well pumps salty water.

The village teacher can see malnutrition's thinning effects on her students. Rosemary Siekisa tests their body fat levels and recently found seven children dangerously malnourished. Some of her students go days without food, she said. Water spiced with a pinch of salt sometimes serves as a meal.

Pandanguo is a village of 1,200 people living in mud and stick houses with thatched grass roofs. Kids in dusty clothes run around barefoot. A solar-powered light sits in the middle of the village, the only sign of electricity.

The nearest town is 21 kilometers away. That's also the nearest food shop. Residents spend the little cash they have buying drinkable water from far away.

The village is suffering the effects of a drought that is turning many parts of East Africa hungry. The U.N declaration of famine in South Sudan and fears of famine in Somalia steal the headlines, but many in Ethiopia and Kenya are suffering, too. 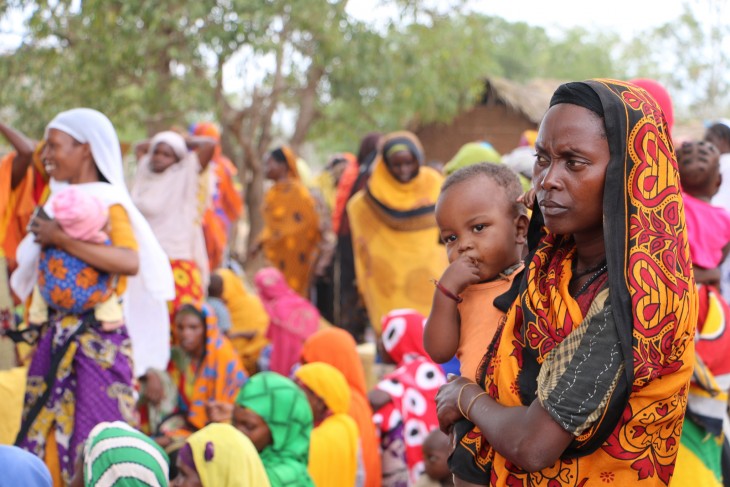 The village of Pandanguo hasn't had good rains the last two seasons. Everyone here grows their own food and lives off the harvest. When the rains don't come, no food grows. CC BY-NC-ND / ICRC / Jason Straziuso

Yahaya died at the age of 4. This village has no doctor, so no one with medical expertise can say what caused his death. Cholera is one possible reason.

The child ate a lunch of beans at 1 p.m. one day in March. By 3 p.m. he was sick. At 5 p.m. his family took him to the simple village pharmacy, where he was given some pills. He died at midnight.

Yahaya's parents buried him in an unmarked dirt grave 20 meters behind the family's mud hut. His mother solemnly recounted her child's death while holding her 2-year-old on her lap.

"All the kids became sick, and not just my kids, but the neighbor kids, too," said the mother, Afuya. "Diarrhea. One other family lost a boy. He was 13."

The village of Pandanguo hasn't had good rains the last two seasons. Everyone here grows their own food and lives off the harvest. When the rains don't come, no food grows.

Many villages on the coast have severe water problems. In nearby Mswakini, residents -- typically women -- leave the house at 7 a.m. and walk to a far-away water point, returning home around noon. Rehema Dagano, a 31-year-old mother of three, said her weight has dropped from 50 kg to 30 kg in recent months.

The International Committee of the Red Cross and Kenya Red Cross Society delivered food to villages in the region in early April. Families received rice, beans, cooking oil, sugar and seeds for planting. 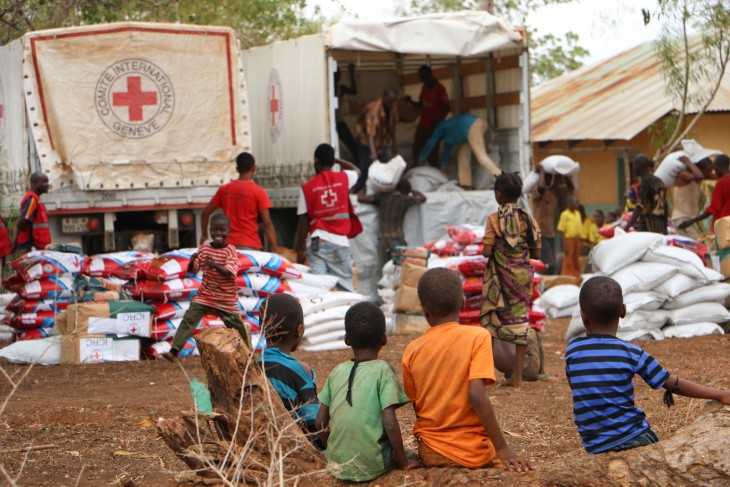 The ICRC delivered food to Kenya's coastal villages that have been affected by the drought in East Africa. CC BY-NC-ND / ICRC / Jason Straziuso

Siekisa, the village teacher, who said she receives no salary, said residents in Pandanguo are "really grateful for the nutritional value of the food."

Some residents here harvest honey, but the bees aren't producing any. Fruit trees have gone bare. But hope is rising: The community pooled their money to hire a tractor to plow their fields. They hope the seeds given by the Red Cross will prosper.

"When it rains things will be good, but if the sun keeps shining we won't get anything," Afuya said.

In the meanwhile, the Red Cross food donations will help keep the community healthy. When asked if she had received her allotment of rice and beans, Afuya, the mother of Yahya, broke out in a smile, nodded, and said: "At least I'll have food for the next two months now."