Due to the violence that shook Kasai, Fiston*, 13, and Kévin, 8, were separated from their parents. They found their big brother Allain in Kinshasa and all three survive thanks to a small improvised shop. 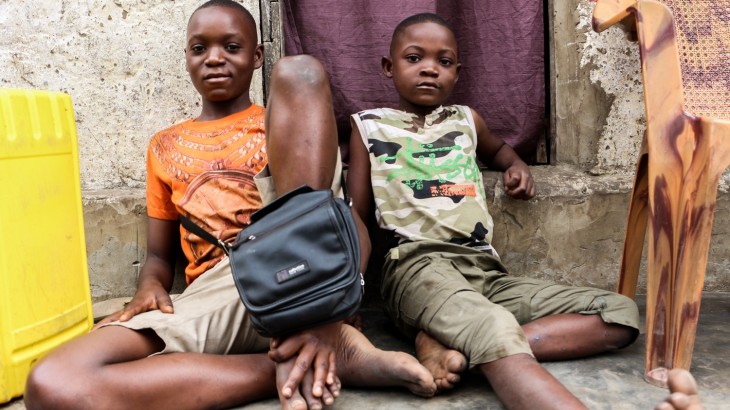 In 2016 and 2017, many people were forced to flee their towns and villages in Kasai Province when violence, stoked by ethnic tensions, broke out between the national security forces and a local militia. Among them were Fiston* and Kevin,* who were separated from their parents. But thanks to the ICRC, they have been reunited with their older brother Allain.

In a large city like Kinshasa, many people live in straitened circumstances, struggling to make ends meet. Allain, Fiston and Kevin are no different. "We sell sweets, cookies, peanuts, and soap," Fiston says, serving one of the few customers that have come in all morning.

The three brothers work in a makeshift shop, living hand to mouth in a crowded district on the outskirts of the city. "Lunch depends on whether we can make a small profit," explains Allain. "Just 3,000 Congolese francs (two US dollars) will get us something to eat."

Allain used to work as a motorcycle taxi driver, but then his bike was stolen. So now he has only a little money he makes from his small shop to fall back on. The arrival of his brothers put an extra strain on his finances. "Looking after two children is a big responsibility," he says.

Allain's two younger brothers came to join him in Kinshasa last June. They had been living with a foster family in Kasai-Oriental Province in precarious conditions, at risk of violence or, worse, forced recruitment by a militia operating in the area. As Alexandra Jackson, an ICRC delegate in Kinshasa explains: "To find a lasting solution for the boys, we searched for their relatives. We eventually tracked down their older brother in Kinshasa. He was happy to take the boys in and to care for them while they waited to hear from their parents."

The three brothers rent a small studio for 25,000 Congolese francs (16 US dollars) a month. It is cramped, though there is little in it but a mattress, a rug, some items of clothing and a small television that does not work as there is no electricity to power it. "Since we've been here, I've only seen the lights come on twice," says Allain. 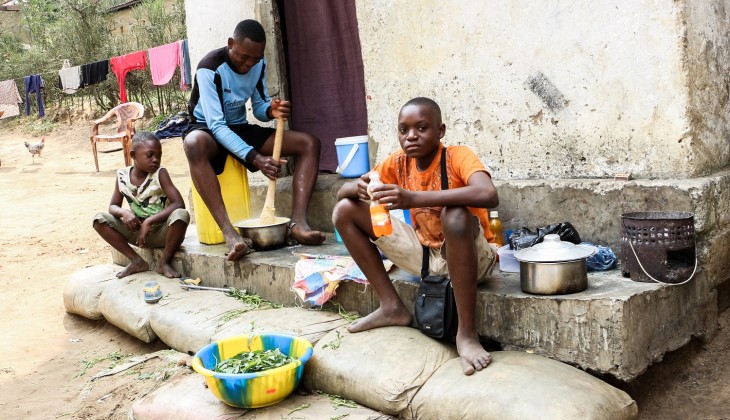 The boys cook food in a charcoal oven outside. "I'm preparing the vegetables that my older brother will cook later," says Fiston while keeping an eye open not to miss any customers for his shop.

Behind the house, there are toilets and an outdoor shower, screened off with rags to preserve privacy. But there are no taps in the house, and only the neighbours have running water. The boys have to pay some money every month to go towards their neighbours' bill so that they can have water too.

For entertainment, Fiston and Kevin play ball in the front yard. When he can spare the time, their older brother joins in too.

Hope for a better life

Allain remains optimistic: "My father left me nothing except for my two precious brothers." He is determined that his brothers will get an education, even in a city where schools charge fees. "They need to go to school," he says. "I'll fight to give them that chance. I'm responsible for their care."

Fiston and Kevin are still deeply affected by their parents' disappearance, an emotional void not easy to fill. The youngest, Kevin, seems to be the most distressed by their ordeal: he is taciturn, solitary and his face seems permanently clouded by sadness. The only time he comes out of his shell is when he is playing football with his brothers. 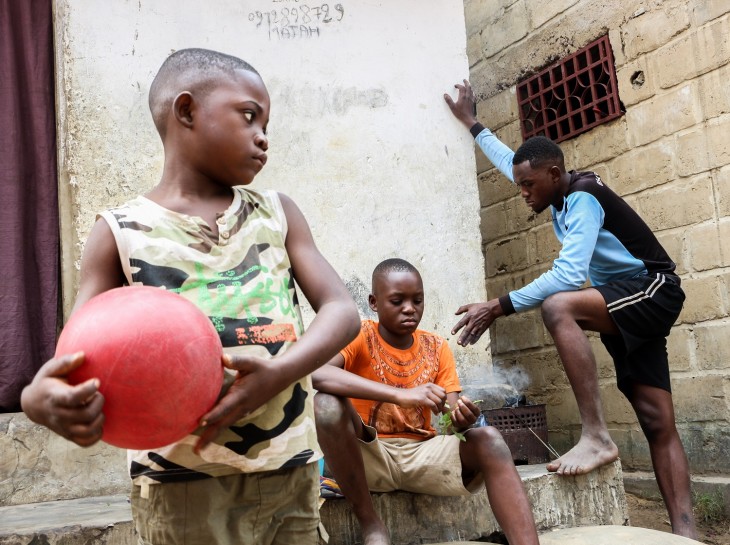 "We think about our parents all the time," says Fiston. "We have no idea where they are." But the boys are fortunate to have someone to look after them and help them to live a normal life again, something they had been unable to do since they were separated from their parents.

*Names have been changed.