Lebanon: Authorities must act now to give answers to families of missing persons 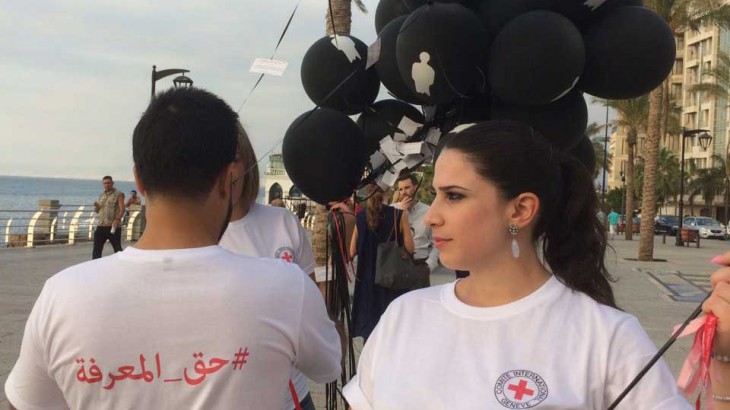 The ICRC set up a booth in Corniche Ein el-Mreisseh to continue to raise awareness about the plight of the families of the missing among the public in Lebanon. CC BY-NC-ND / ICRC / M. Jaafar

Beirut, Lebanon – On the International Day of the Disappeared, the International Committee of the Red Cross (ICRC) is calling upon Lebanese authorities to fulfil their obligations to uncover the fate of those who went missing during conflicts in Lebanon and to provide answers to their families.

“We have been constantly reminding authorities of their role towards this cause. It is about time the pain of the families becomes a priority,” said the head of the ICRC delegation in Lebanon, Christophe Martin.

More than 40 years after the beginning of the Lebanese civil war, families are still waiting for answers. The ICRC is reminding authorities and the Lebanese society as a whole of the long lasting suffering of the families of missing persons and of their right for assistance and information on their whereabouts.

“Families have the right to know what happened to their loved ones and we cannot continue to ignore their pain. A few weeks ago, we lost Um Ahmed who died heartbroken not knowing the fate of her son Ahmed, a 23 year-old tailor who disappeared 30 years ago, on his way to work. There are thousands of tragic stories like Um Ahmed’s, of not only mothers, but also fathers, sisters and brothers who need answers. This has to stop,” said Martin.

Since 2012, the ICRC has been carrying out interviews with families to collect ante-disappearance data about their relatives who went missing during the war, in a bid to support future efforts aimed at clarifying the fate of missing people. Since 2015, the organization has been collecting and storing biological reference samples from relatives of missing persons, for future DNA analysis.

“We reiterate our call upon Lebanese authorities to create a mechanism to clarify the fate of the missing in Lebanon and to take over the collection and storage of biological reference samples from the ICRC,” said Martin. 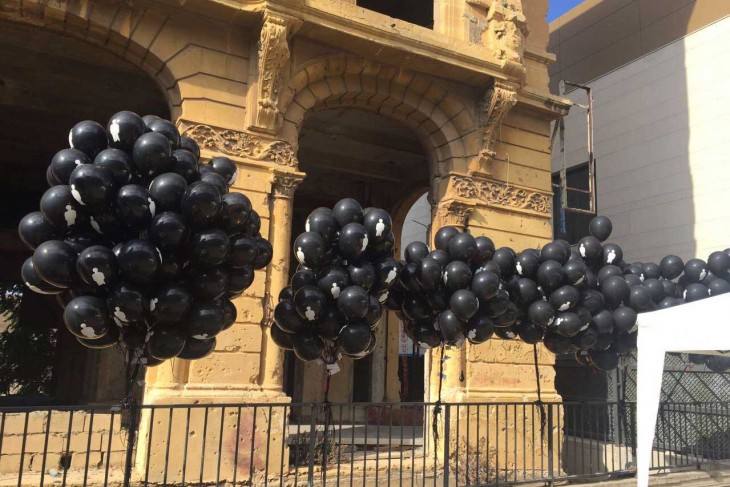 Balloons with the missing silhouette along with bracelets with #RighttoKnow hashtag were distributed to passersby. CC BY-NC-ND / ICRC / M. Jaafar

This year on the occasion of the International Day of the Disappeared, the ICRC held a two-day retreat for families of missing persons to support them in their efforts to raise awareness about their cause. This event is part of ICRC's accompaniment program, launched in 2015, which seeks to support families by helping them cope with the absence of their missing relatives.
Today, the ICRC will be present in Ain el-Mraisseh and at Beirut Souks to raise awareness among Lebanese people and to encourage the society to stand in solidarity with families of missing persons.
The ICRC is an independent humanitarian organization that has been present in Lebanon since 1967. The organization provides protection and assistance to people affected by armed conflicts and other situations of violence.
For more information:
Soraya Dali-Balta, ICRC Lebanon, 00961 70 153928
Patricia Rey Gonzalez (@PReyCICR), ICRC Lebanon, 00961 71 802876
For more information and for live coverage of today´s events in Beirut, follow us on Twitter (@icrc_lb)