Lebanon: Missing persons and their families 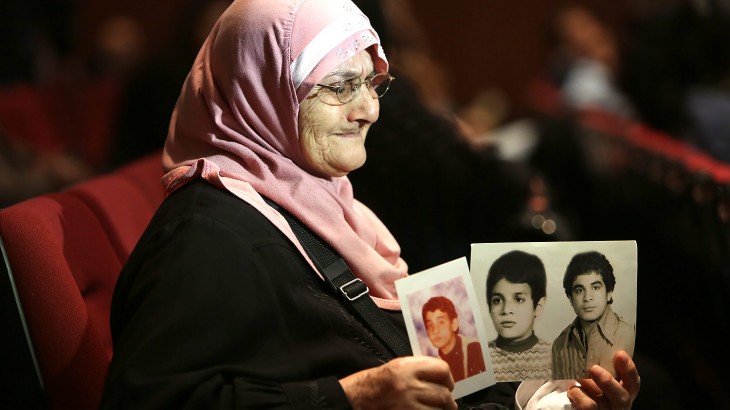 A mother whose three sons went missing in the Lebanese war holds up photographs of her children. /CC BY-NC-ND/ICRC/ M. Tahtah

During the 1975–1990 conflict, thousands of people went missing across Lebanon. The majority of them were young males in their twenties of various nationalities (Lebanese, Syrian, Palestinian and others), of diverse faiths (Muslim, Druze, Christian) and of different political affiliations. Most of those who disappeared were civilians.

During the civil war, the ICRC started receiving and processing tracing requests from families whose relatives had disappeared. While some cases were successfully solved, by the end of the war the fate of thousands of people remains unknown to the present day.

Unlike other countries that have gone through wars, Lebanon does not have a national mechanism to tackle the issue of missing persons; nor does it have sufficient national legislation in this regard. Another obstacle in clarifying the fate of those who have disappeared is the lack of any official and comprehensive list of people missing in Lebanon.

As the years go by, the families of missing relatives continue to undergo untold suffering. Many require support and assistance. Moreover, the parents of those who went missing several decades ago are ageing and may die without ever knowing what happened to their loved ones. Time is pressing.