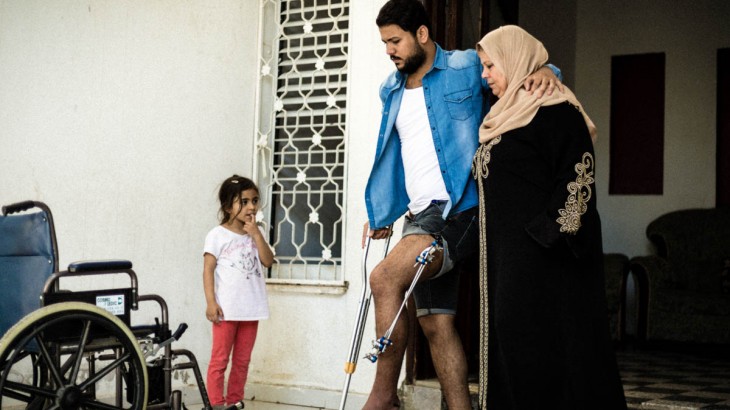 Violence escalated in the border area of Gaza at the end of March, resulting in dozens of deaths and thousands of wounded, many by live ammunition.

Hospitals, overwhelmed by a series of influxes of injured people, reached the limit of their capacity.

Medical staff soon faced uneasy dilemmas: either discharge patients early or have no space to receive new ones.  The burden that hospitals could not handle fell on the shoulders of the families, adding emotional, financial and logistical stress to already difficult lives. 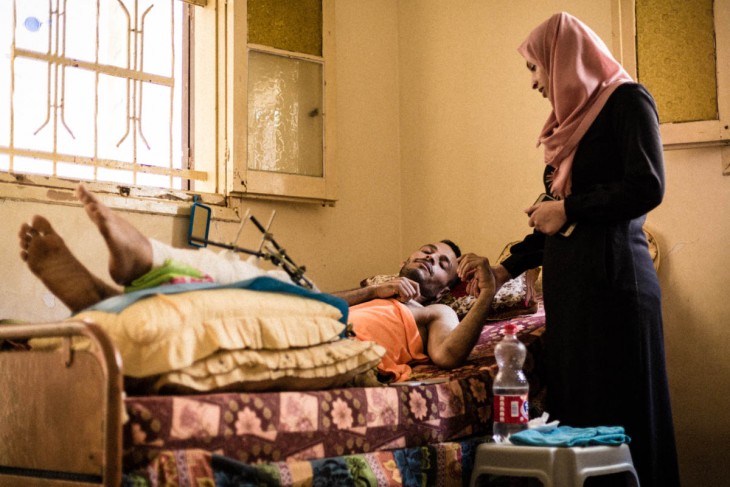 Omar was wounded on May 14. He is now waiting for follow-up surgeries. The healthcare system in Gaza is overwhelmed by the scope of the needs, with doctors unable to say when the surgeries will take place. Credit: CC BY-NC-ND / ICRC / Alyona Synenko

A young man with a bandaged leg and an external fixator has became part of the urban landscape in Gaza. They sit in front of hospitals, but also in the street and at the markets. The surgical device used to stabilize fractured bones is now referred to as "Gaza leg" locally.

"We estimate there are over 1,300 people with complex, sometimes multiple injuries, that will require at least three to five surgeries each. The recovery period may take months or even years and we believe some 400 will remain with temporary or permanent disability," says Dr. Gabriel Salazar, health coordinator in Gaza for the International Committee of the Red Cross (ICRC). 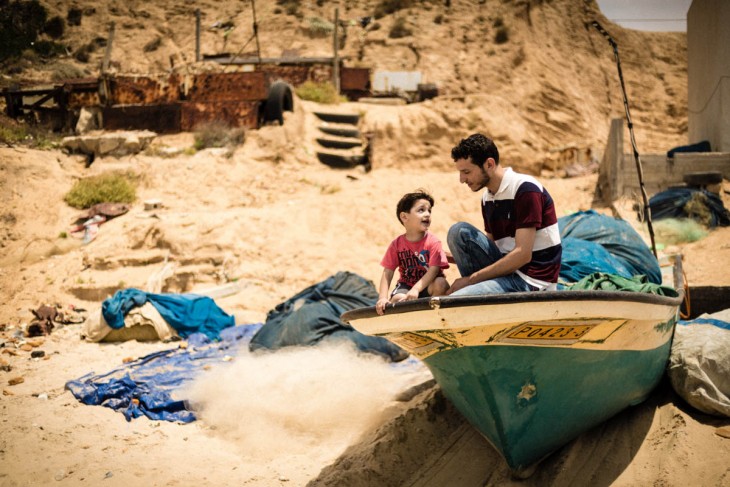 Omar's brother and nephew sit on his fishing boat. As a fisherman, Omar was one of the primary breadwinners for his family. After his injury, the family's earnings went down and expenses increased dramatically. Credit: CC BY-NC-ND / ICRC / Alyona Synenko

To support Gaza hospitals, the ICRC has opened a fully equipped 50-bed capacity surgical ward in an existing empty building in Shifa Hospital, the largest hospital in Gaza.

The 11-member ICRC surgical team is working side by side with the local medical team.

>> Read the full story on Aljazeera.