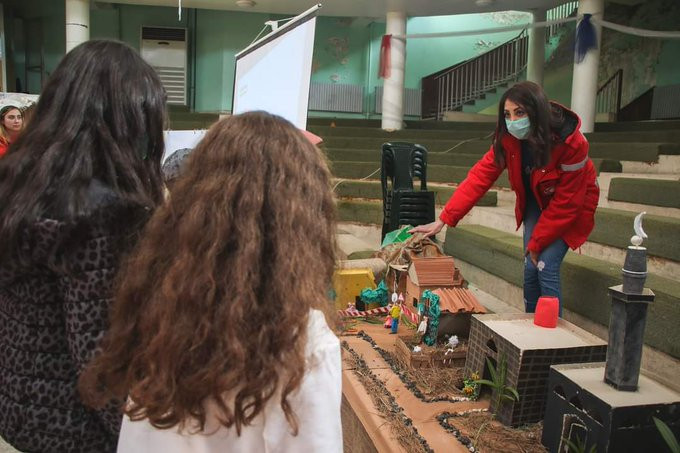 Maintenance of international peace and security: Mine action and sustaining peace: Stronger partnerships for better delivery, statement of the International Committee of the Red Cross to the United Nations Security Council.
Statement 08 April 2021

Thank you for convening this important discussion today. It offers an opportunity to rekindle the attention and resources to global mine action, an area in which the International Committee of the Red Cross (ICRC) has direct experience as a humanitarian organization and in its expertise in international humanitarian law.

Landmines, cluster munitions as well as more broadly explosive remnants of war have distinct catastrophic effects on conflict-torn societies. The price in civilian casualties is not only felt during active hostilities but it lingers for many years, even decades, after the end of hostilities. In 2020, the United Nations recorded 4,663 civilian casualties from landmines, cluster munitions and explosive remnants of war, comprising 80% of total casualties from these weapons. Children were particularly affected - 25% of child casualties in armed conflicts were caused by these weapons. Beyond the deaths and life-changing injuries, these weapons cause long-term trauma, psychological and physical rehabilitation needs, and socio-economic impact.

Mine action is generally considered to comprise five core components: clearance, risk education, victim assistance, advocacy and stockpile destruction. It plays an important role in reducing civilian harm, making communities safer and enabling humanitarian access. Humanitarian demining can also serve as an important confidence-building measure in the lead-up to peace building. Finally, mine action is instrumental to enable the return of refugees and internally displaced persons, and create conducive conditions for the restoration of livelihood and sustainable socioeconomic development.

While significant progress has been made through mine action, challenges persist. According to Mine Action Review, more than 50 countries remain contaminated by anti-personnel mines and more than 20 countries suffer from cluster munition remnant contamination. They pose a daily threat to civilians, hampering agriculture, trade and development, and hindering humanitarian operations. Landmines and cluster munitions, be they industrially manufactured or improvised, continue to be used in today's armed conflicts, causing unacceptable levels of civilian casualties and leaving behind long-term explosive hazards, in particular in urban and other populated areas.

In 2017, the Security Council adopted Resolution 2365 which set out a comprehensive approach to mine action. The international community must redouble its efforts to address the challenges facing mine action. To do this Member States must take five immediate actions:

The ICRC stands ready to support States and other stakeholders to take practical measures to achieve progress on fulfilling long-standing commitments to protect civilians and their communities from the indiscriminate harm caused by mines, cluster munitions and explosive remnants of war.

Much of the ICRC's work in relation to mines and explosive remnants of war focuses on developing the capacity of National Red Cross and Red Crescent Societies to work alongside national authorities that carry out mine-action work domestically. National Red Cross and Red Crescent Societies are often in a good position to work with local communities, gather data and conduct risk awareness and safer behaviour interventions, especially in areas that may be difficult for other organizations to access. In Syria, for example, 10 teams of staff and volunteers of the Syrian Red Crescent Society, trained by ICRC, have been working in difficult-to-access areas such as Aleppo, Idlib, Homs and Hassakeh. The ICRC also helps national mine action authorities strengthen their ability to undertake humanitarian mine and explosive remnants of war clearance and risk reduction measures in accordance with international standards and provides blast trauma care training for health personnel and first responders during an explosive ordnance assessment or disposal operation.

At the multilateral level, the ICRC is available to provide our insight as a humanitarian organization and our expertise in international humanitarian law.