Malaysia: Exploring ways to incorporate the law of war into practical training 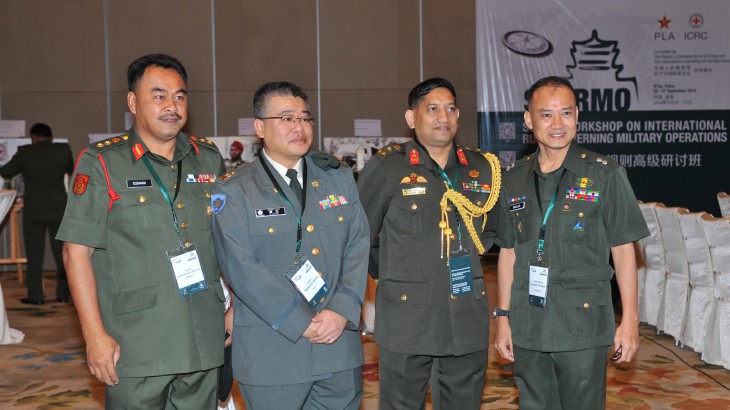 Malaysia’s representative at the workshop, Colonel Kamarudzaman bin Mohd Thani, Commandant of the Malaysian Army’s Training Centre in Johor, Malaysia, spoke of the Army’s close cooperation and good relations with the ICRC in Malaysia. Citing his personal involvement in various courses run by the ICRC, not only in Malaysia but also abroad, he explained: “In Malaysia, the Army and the ICRC work on various courses and training for different levels of leadership on the various aspects of the Law of Armed Conflict.” 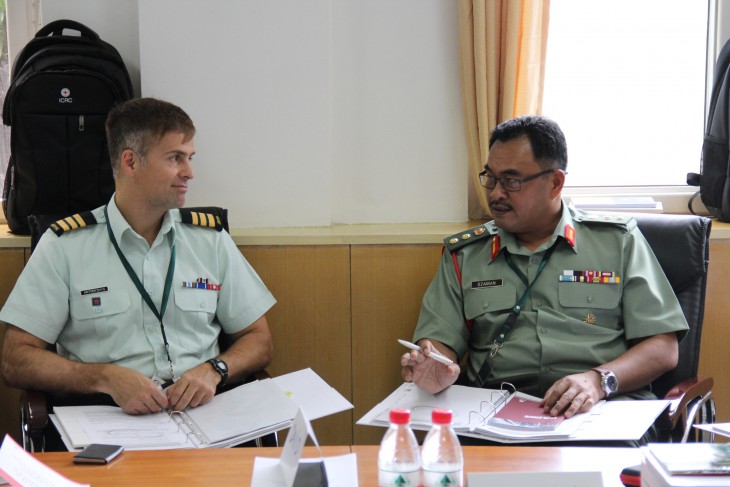 He emphasized that this law is taught to every soldier, from Privates to Commanding Officers, and that officers also attend courses on the subject organized jointly with the other military services. His wish for the current workshop was to explore how to include elements of the Law of Armed Conflict into some of the Army’s tactical and practical combat exercises, adding that this would emphasize its importance and applicability to all soldiers.

This year’s event in Xi’an was the second time SWIRMO has been held in Asia. In 2012, the Malaysian Armed Forces co-organised the event with the ICRC, hosting senior officers from 70 nations in Kuala Lumpur. Each year, the ICRC joins with the armed forces of a selected country to host SWIRMO, the principal aim being to develop a deeper understanding of the most pressing international legal issues of the day. Switzerland acted as host in 2007, 2008 and 2010, and France in 2009. The workshop was first held outside Europe when South Africa served as co-host in 2011, with Malaysia taking on the role in 2012. Last year the event was held in Cartagena de Indias, Colombia, with Xi’an playing host to this year’s workshop.

Kirby Abbott, the ICRC’s delegate to the Armed Forces and Security Forces for South East Asia and the Pacific, said: “The workshop is a unique forum which brings together senior officers from over 50 nations and is taught in English, French, Spanish and Russian. Following advanced instruction focused on integrating international humanitarian law and international human rights law into the conduct of military operations in various scenarios, the participants work through the planning and integration process during a two-day brigade-level exercise,” adding, “For most participants it is a rare opportunity to work with colleagues from nations they usually would never work with.”

Colonel Kamarudzaman found this year’s event particularly useful: “It was such a rich experience, meeting with and exchanging views with officers from nearly 60 countries. In my syndicate alone we had 20 nations working together. The insights and experienced shared, particularly from those who have seen war, really enhanced my knowledge and understanding, and showed us the practicalities of international humanitarian law in action”. 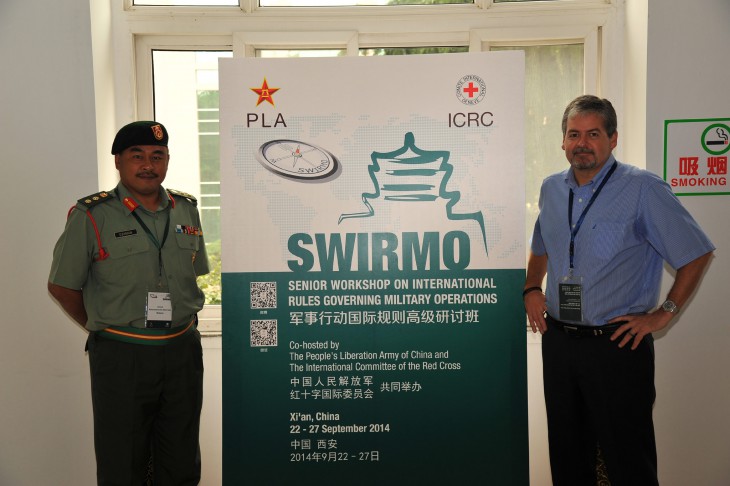