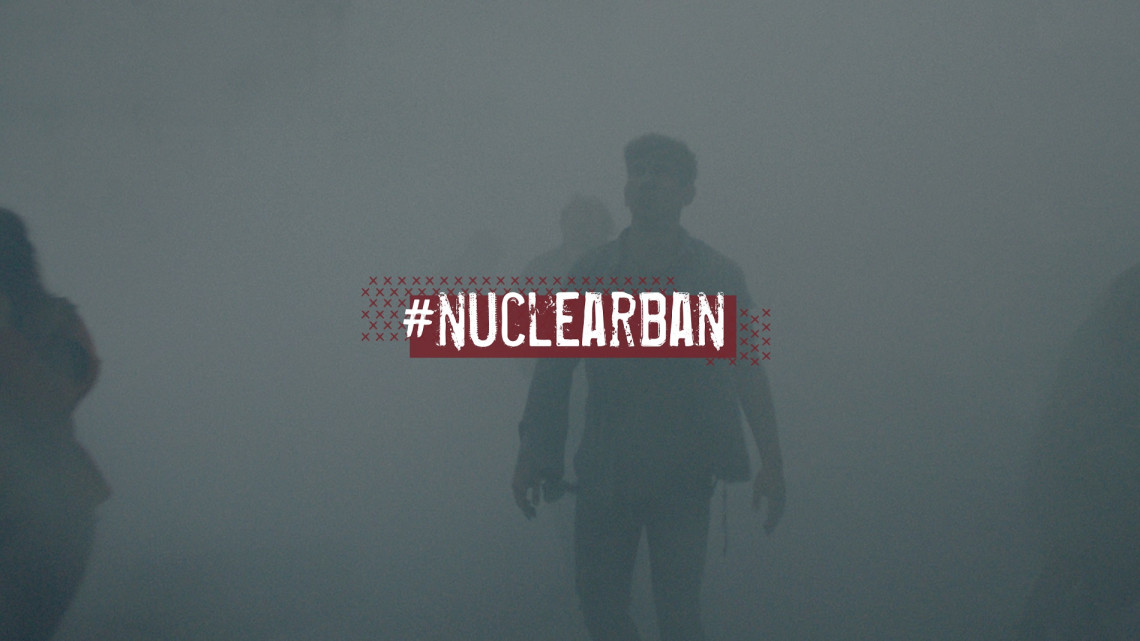 The global race towards the total elimination of nuclear weapons dominated the focus of writers participating in the recently concluded Young Humanitarian Journalists Competition 2021.

Of the five winning submissions, three touched on the humanitarian consequences of nuclear weapons and the need to progress on the ratification and implementation of the Treaty on the Prohibition of Nuclear Weapons (TPNW), a topic not commonly discussed among the Malaysian youth. Other participants chose to shed light on the impact of media reporting on other humanitarian issues such as the plight of the Rohingya and the climate change-induced food crisis in Madagascar.

"Whilst the appeal of a nuclear deterrence to preserve peace and deter aggression is attractive, usage of nuclear weapons is concerning - due to not only its sheer destructive power in inflicting damage, but also the long-term effects such as ionising radiation and environment contamination," Peh Qi Hui, the competition's first prize winner, concluded in her entry titled, "Ban on Nuclear Weapons: Justified or Past Time".

The law student from Kuala Lumpur lamented the lack of public discourse on the issue, despite its magnitude. She explained that having studied international humanitarian law (IHL), the topic was of natural interest to her, especially since IHL is an instrument to safeguard humanity from the use of nuclear weapons.

"I hope the submission raises awareness on the consequences of nuclear weapons and encourages all stakeholders to take action," she said.

Karen Grace Prince, a media student in Selangor and an aspiring journalist, turned the spotlight on social injustices and prejudices across Asia. Her article, "Rekindling the Flame for the Rohingya", which underscored the media's role in amplifying the voices of the marginalized community from Rakhine State in Myanmar, clinched second place in the competition.

Prince said she was inspired to write about the community after interviewing a young refugee activist similar in age to her, who became a citizen journalist reporting from Bangladesh's Cox's Bazar after fleeing Myanmar in 2017.

The competition's third prize went to media student Nur Adriana Mohd Azman, whose piece centred on Madagascar, an island country in East Africa that has been hit by a slew of humanitarian crisis, from severe drought leading to famine and the COVID-19 pandemic. Nur Adriana said she hoped her article would draw public attention to the under-reported plight of Madagascar citizens and mobilize support for those affected.

Two other media students received consolation prizes for their articles on the treaty. While the article by Muhammad Fuad Mohd Nizam focused on the role youngsters could play in promoting TPNW, Nurul Izzati Zaidi highlighted the threat of nuclear weapons to global security.

The Young Humanitarian Journalists Competition 2021 was co-organized by the International Committee of the Red Cross (ICRC) regional delegation in Kuala Lumpur and the Faculty of Communication and Media Studies, Universiti Teknologi MARA, with the support of the National Press Club and Malaysian Red Crescent Society. It is an annual competition to raise awareness among the youth on the impact of media reporting on humanitarian issues and vulnerable populations. 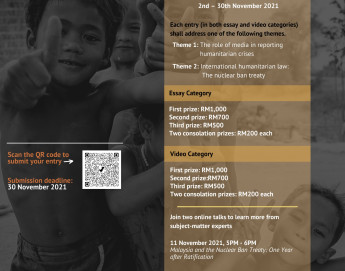 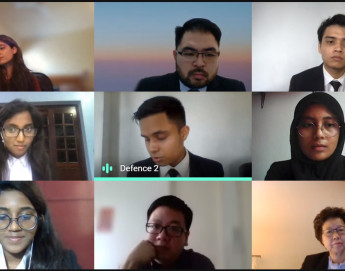 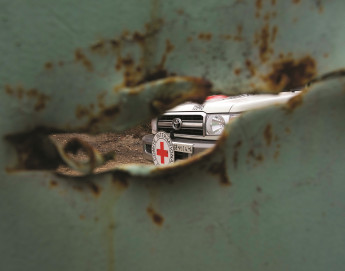