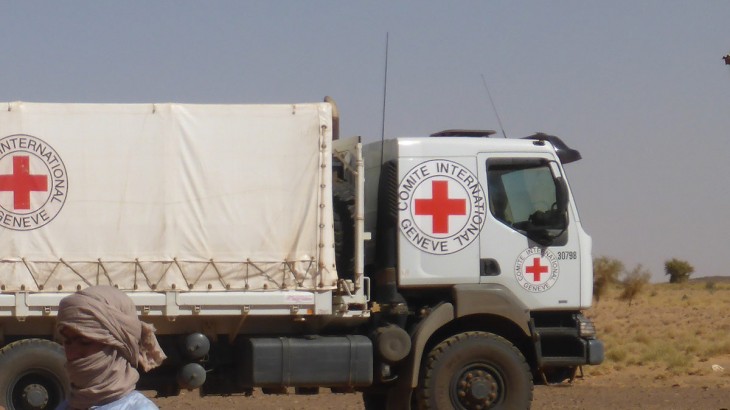 Geneva / Bamako (ICRC) – The International Committee of the Red Cross (ICRC) is profoundly dismayed by the death of one of its staff in Mali. An ICRC aid truck was attacked this morning near Gao, leaving one ICRC staff member dead and a member of the Mali Red Cross injured.

The ICRC strongly condemns the attack and calls on all parties to the conflict to respect and protect humanitarian workers.

"It is with great shock that we learnt of the death of our colleague and friend Hamadoun," said Yasmine Praz Dessimoz, head of operations for North and West Africa. "He was driving a truck from Gao to Niamey, in neighbouring Niger, to collect much-needed medical equipment for Gao hospital. His death is not only a tragedy for his family and for the ICRC, it will affect the life and well-being of tens of thousands of people."

Hamadoun was accompanied by a member of the Mali Red Cross at the time of the attack. The latter was injured but is in a stable condition. The exact circumstances of the incident remain unclear at this stage, but the ICRC truck was clearly marked with the red cross emblem.

"The humanitarian situation in northern Mali is worrying and our teams are working hard to support the local communities affected," said Yasmine Praz Dessimoz. "But the ICRC is concerned about the rise in violence against humanitarian workers, which is preventing them from coming to the aid of individuals and communities in dire need."

The ICRC calls on all those involved in the conflict to protect the civilian population and ensure that humanitarian workers can perform their duties. The red cross emblem must be respected.

The ICRC extends its deepest condolences to Hamadoun's wife and four children, and to all his relatives and friends.