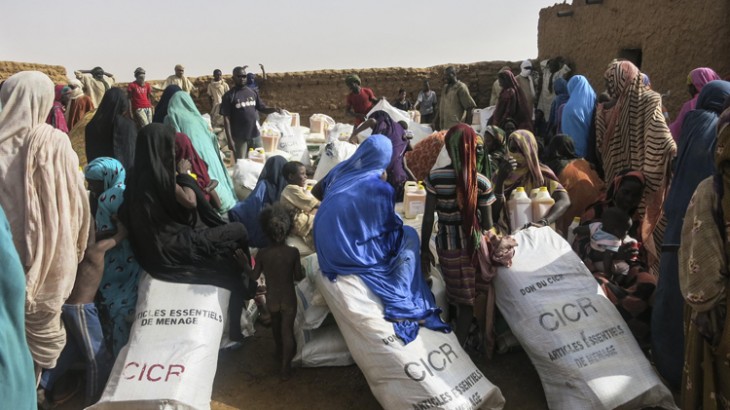 Bamako / Geneva (ICRC) –Tensions remain acute in northern Mali, where attacks occurred in Kidal once again this past weekend. There was violence in the capital Bamako as well. The northeastern town of Tabankort was rocked by fighting in late January and early February and many families from the area were forced to flee their homes to safer places. Others were trapped in their homes for days on end. Many are now encountering great difficulty supplying their families with food. "This remains an alarming situation," said Jean Pierre Nereyabagabo, who is in charge of economic security work in Mali by the International Committee of the Red Cross (ICRC). "Economic life is still paralysed and many people are totally without access to drinking water and medicines."

Working closely with the Mali Red Cross, the ICRC last week distributed 55 tonnes of food to over 3,000 people in the area. Over 1,800 people in Tabankort and 1,200 others in Ersane, northeast of Gao, received relief in the form of rice, millet, semolina, cooking oil, and iodized salt, enough to meet their needs for a month. Conditions permitting, the ICRC planned to hold other distributions in coming weeks, Mr Nereyabagabo explained. "This food comes as a great relief," one of the beneficiaries said. "With the fighting going on, we didn't dare even leave the house to fetch food in our fields."

ICRC staff in northern Mali are closely monitoring events so as to be able to take action quickly. The organization's medical team at Gao hospital is also standing by to treat wounded people brought from Kidal.