On the front line of health care in Mali 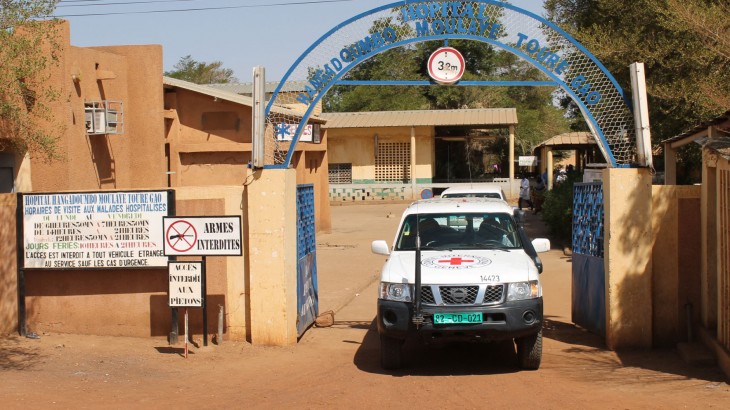 Entrance to Gao regional hospital, which the ICRC has been supporting since April 2012. CC BY-NC-ND / ICRC / Sidi B. Diarra

Like other health care facilities in Mali, Gao regional hospital effectively collapsed when various armed groups took control of the north in 2012. With the ICRC's involvement and support, the hospital quickly managed to re-open its doors and provide life-saving services. Now, with the crisis in Mali worsening and needs of the people increasing, the hospital is once again being put to the test.

"Many of the problems caused by the conflict in our country can be seen right here," says Amadou Maiga, director of the ICRC-supported Gao regional hospital, the main medical facility in northern Mali. "In fact this hospital is in some ways a microcosm of what is going on outside."

The doctor points to a post-operative ward where wounded patients and the victims of serious accidents are recovering. While the numbers of the wounded fluctuate considerably, hospital staff have to be "constantly ready for the worst" according to the doctor. He cites the example of the suicide attack against the MOC military camp in Gao in January 2017, which killed dozens and injured hundreds. "The hospital was completely overflowing within half an hour," he recalls. "It was extremely challenging."

Sometimes the mental scars are much worse than the physical ones

One patient is a 24 year old man severely injured by a home-made grenade that he found while out walking with two friends near Gao airport some weeks earlier. The two friends were killed when the grenade exploded. With his leg held together by metal screws and plates, not only is the young man in constant pain but he is also traumatized.

"Sometimes the mental scars are much worse than the physical ones, and take much longer to heal," says the doctor. 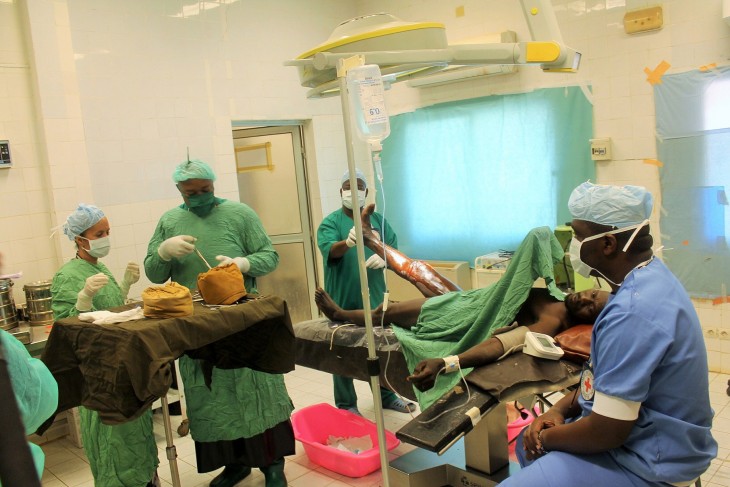 An ICRC-led surgical team at the Gao regional hospital operates on a man injured by an explosive device. CC BY-NC-ND / ICRC / Sidi B. Diarra

Claudine Amanimana, ICRC mental health delegate attached to the hospital, agrees. "Mental health issues in general are still widely misunderstood and neglected, particularly here in the north," says Claudine. "Some topics are considered taboo, especially when it comes to sexual violence," she adds. "But we're working hard to change that."

A 14 year old rape victim is among the numerous patients receiving regular psychological counselling at the hospital, led by an ICRC Mental Health and Psychosocial Support (MHPSS) team. The girl, together with her mother, quietly recounts her harrowing ordeal at the hands of two men in her neighbourhood. Once her community found out what had happened, they stigmatized and ostracized her, according to the mother, and she began showing symptoms of trauma and depression.

Now, two months after her first consultation, Claudine say the girl is showing signs of improvement and has returned to school. "Sadly, this case is not at all unusual, there are many others like her," says Claudine.

The MHPSS programme not only provides direct treatment for patients, but also awareness-raising and training for mental health care workers and volunteers in order to build local capacity. "Needs are great, and if anything, will continue to grow," says Claudine.

In another wing of the hospital, Dr Maiga points out the obstetrics and gynaecology department, which he says can also be "exceptionally busy." In one room a midwife and various assistants are crowding round a young woman who has been in labour for many hours and is becoming increasingly weak. "She has high blood pressure, but it's too late for a caesarean," explains the midwife. "Usually only the most difficult cases come here; women normally give birth in their communities. But often they wait too long, and sometimes they have to travel very great distances to get here. Sometimes it's simply too late," she says.

Mali's under-five mortality rate is particularly high, with 123 deaths per 1,000 live births, according to the World Health Organisation. For those who manage to reach adulthood, the average life expectancy is only 57 years. Diarrhoea, respiratory infections, malaria and malnutrition are among the biggest killers. And such problems risk becoming even worse. 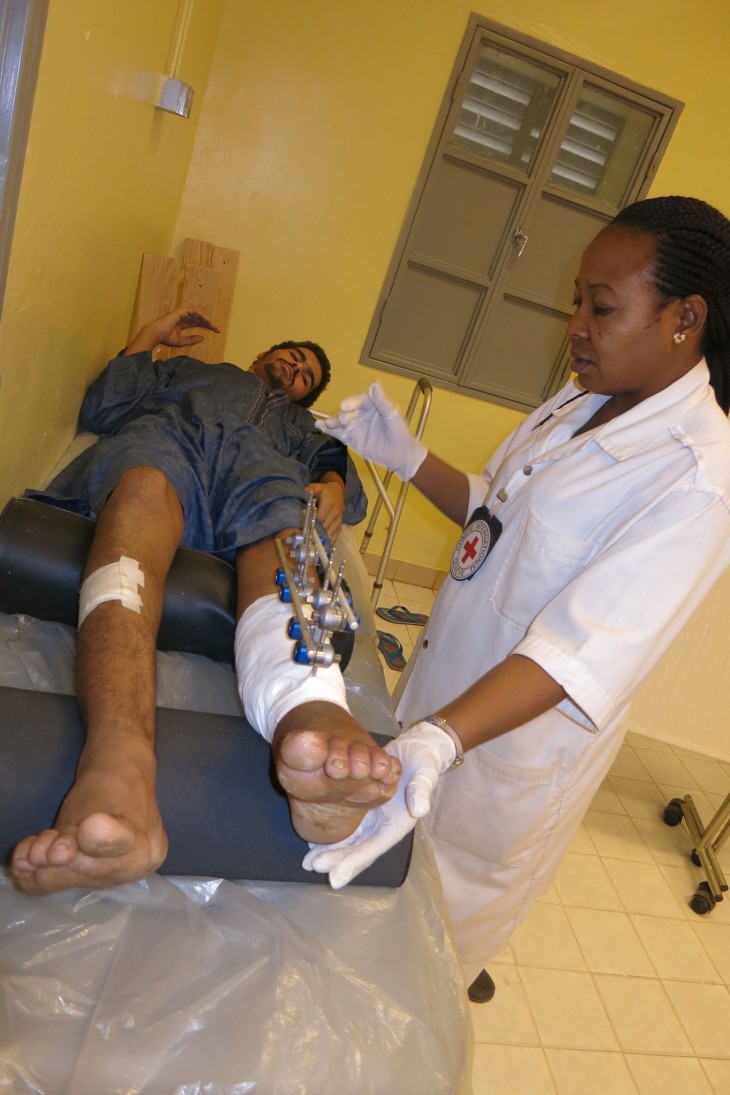 A follow-up consultation with the victim of a road accident in Ménaka, more than 300 km away. CC BY-NC-ND / ICRC / Sidi B. Diarra

"An already dire humanitarian situation in northern areas of the country is now critical – among the worst the ICRC has seen since starting its operations there more than 20 years ago – and is getting steadily worse in central areas too," says Jean-Nicolas Marti, the ICRC head of delegation in Mali. "Increasing insecurity, widespread criminality and the absence of the State in many areas mean that access to vital services is often extremely difficult," he says.

At the Gao hospital, one of the ICRC's main priorities now is to ensure suitable care of the wounded and other particularly vulnerable patients. Rehabilitation of the emergency and resuscitation services, including the operating theatre, is underway. Ultimately, the aim of the ICRC's support is to build the capacity of the hospital, helping to ensure its autonomy and long-term sustainability. But as Jean-Nicolas Marti concedes, "In an ideal world there would be no need for the ICRC, but in reality I think we'll have work to do here for quite some time yet."