Mali: “I hope my brother will get this message” 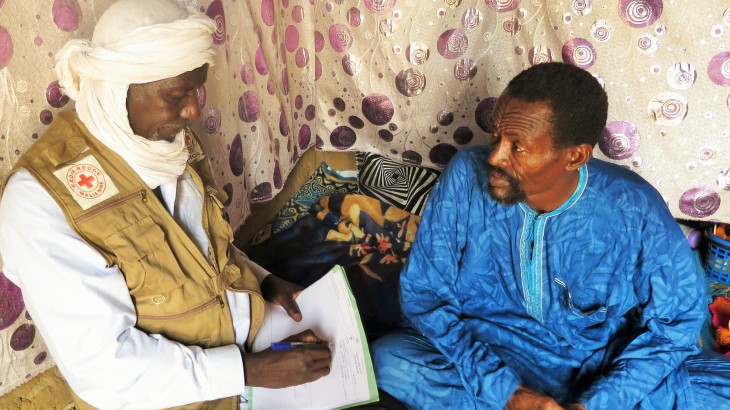 Born to a Nigerian father and a Malian mother, Adama Saliou, known as Malam, was a teacher of the Qur'an in the town of Ménaka in Mali. But when fighting broke out there in 2012, he was separated from his family.

That's when life got darker for Malam. When the violence came to his town, he and his family fled. "At first my family and I had sought refuge in the small town of Anderaboukane. We thought we'd be safe from the fighting there. But not long after we'd arrived, the town came under attack too. That's when we got separated," he says.

Malam went to Gao, but his family ended up in Sokoto in Nigeria and in nearby Niger. He has had no news from his brother since then.

"When I got to Gao, it was really hard for me. I didn't know where my family had gone or how they were doing. But thankfully, the Red Cross put me back in touch with my family. I was able to call them and send them Red Cross messages [brief messages containing family news]. I am sending a message to my brother who is in Nigeria now, and I hope that when he gets it, he'll reply."

Malam has decided to stay in Gao, where he makes a living from teaching the Qur'an. He also hopes to go into trade.

Many more people have become separated from their families in Mali, because of the armed conflict there, which gives rise to a considerable number of displaced people and refugees, and because of migration. This takes its toll too, not only on the migrants themselves but also on their families, who can be left without news of their loved ones for months and even years.

Since the start of the conflict in 2012, the ICRC has worked with the Mali Red Cross to put family members separated by the violence back in contact. We do this by tracing people at their family's request, providing phones to make calls and delivering Red Cross messages.