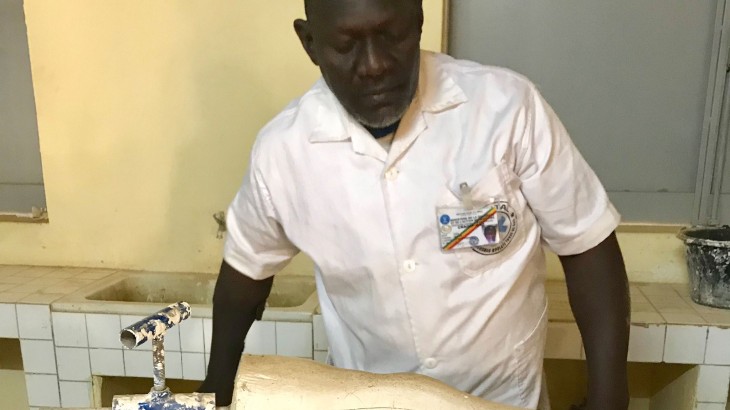 People with disabilities are among the most vulnerable in the population of Mali. Adequate physical rehabilitation services are few and far between, especially since the armed conflict and growing insecurity made access to health care particularly difficult. At the ICRC-supported orthopaedic centre in the town of Gao, staff and patients talk about their challenges – and their hopes for the future.

At 8am, the doors have just opened to the orthopaedic centre in Gao, northern Mali, and already the first patients are making their way in, some on crutches, others in wheelchairs.

Ahmed Sah, assistant physiotherapist and the sole State employee at the ICRC-supported centre, is there to receive them. "As you can see, we are rather over-stretched here," he says from behind his desk, stacked high with files and papers. "There are very few qualified ortho-prosthetists and physiotherapists in Mali, especially in conflict-affected areas like here, and few incentives to become one. For me it's different though, I have my own incentive," he adds, explaining that the polio he contracted as a child has given him "special understanding" of the challenges facing people with disabilities. 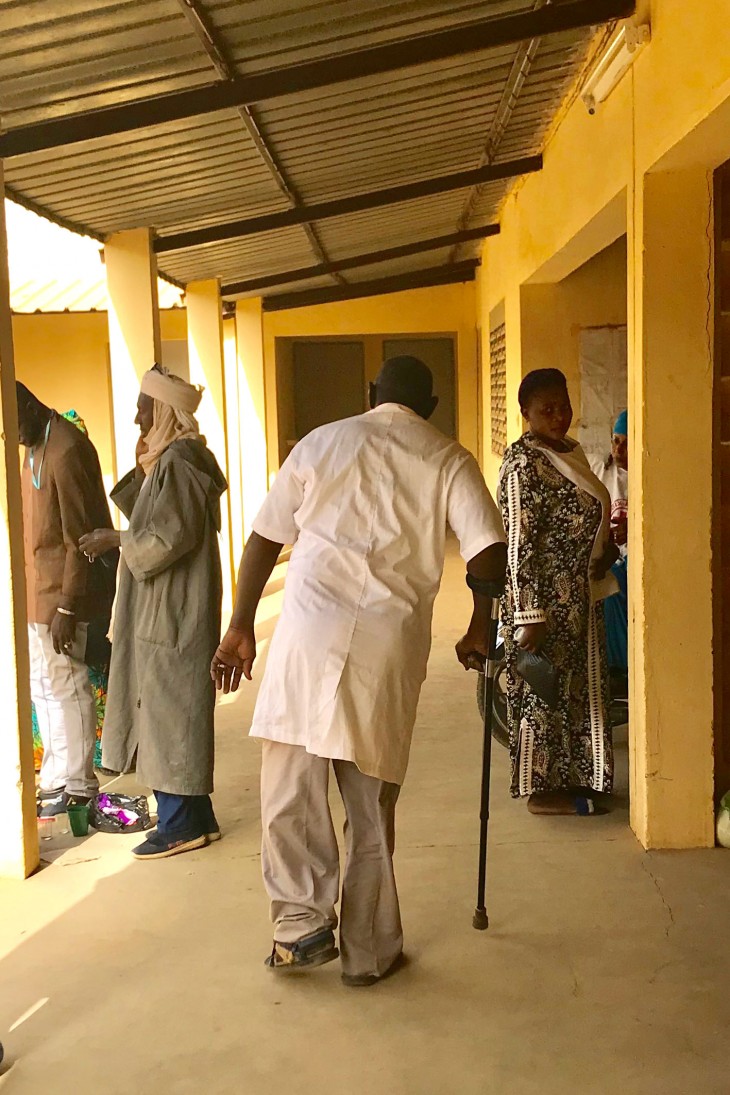 Ahmed is not alone at the centre, however. An ICRC ortho-prosthetist, Oua Sangaré, is there to provide support, and the two men make the rounds together.

The first patient is Aichatou Seydou, a widowed mother of six children. Aichatou lost both legs after the bus she was travelling in drove over a land mine near the village of Gossi, 160 km south-west of Gao, in 2017. "I'm still struggling to get used to my situation, physically and mentally," she says. "I can't work anymore, I can't provide for my family. I just sit all the time and depend on my sister for help."

Oua helps Aichatou to put on her two prostheses, custom-made at the centre, and very slowly she takes a couple of faltering steps, leaning heavily on crutches. "She's definitely making progress," says Oua, "but these things can take a long time." 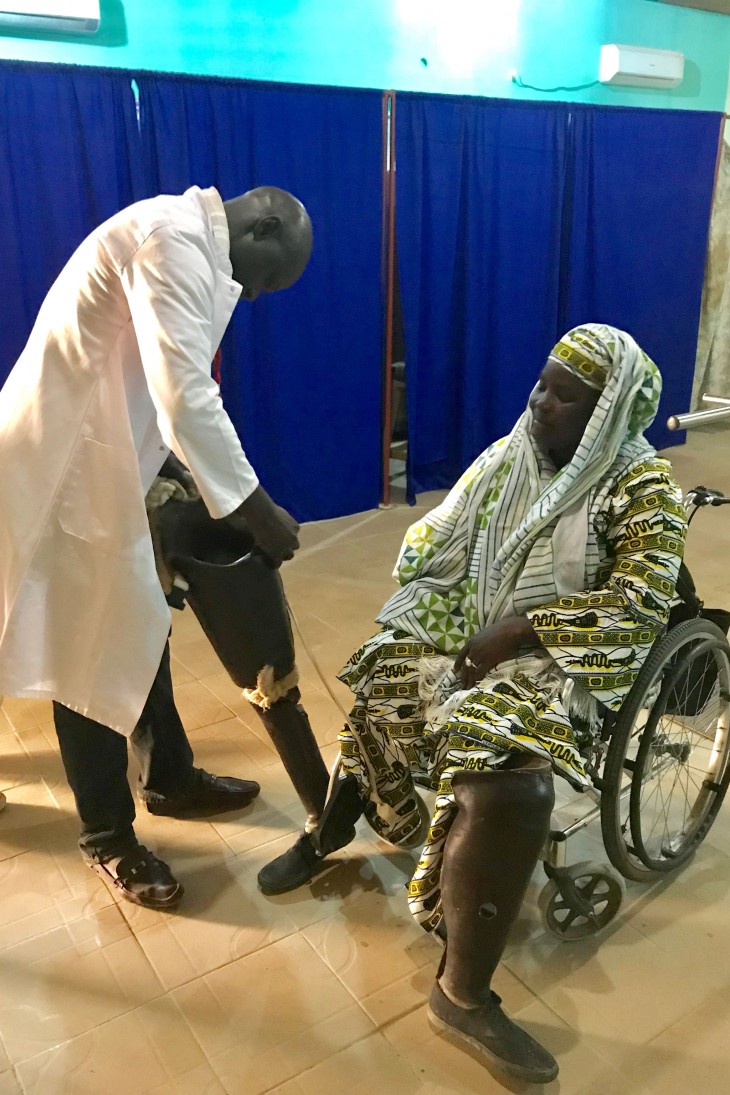 Meanwhile Ahmed is tending to another patient, 22 year old Alhassane Waiisou, who similarly lost a leg when the vehicle he was travelling in drove over a land mine or improvised explosive device, again in the vicinity of Gossi. Alhassane, who used to work as a tailor, says he has been at home for more than a year doing nothing. "The barriers are psychological as much as physical," explains Ahmed. "These can take a long time to heal."

More patients arrive, suffering various physical disabilities such as cerebral palsy and polio. Some travel many hundreds of kilometres to reach this centre; at least one has come from the central town of Mopti, almost 600 km away. "These people are really among the most vulnerable people in society here," says Oua. "Often they are stigmatised. And it can be very difficult for them to get the care they need," he adds.

Already-fragile health services all but collapsed in the wake of Mali's armed conflict and control of northern areas by armed groups in 2012. Now, 5 years after a French-led military operation dispersed the armed groups in the north, the conflict is nevertheless intensifying and spreading. While humanitarian needs are growing, access to health care and other vital services remains extremely constrained.

The ICRC currently supports a total of four orthopaedic centres throughout the country: two in the capital Bamako, one in Gao and one in Timbuktu (three of them State-run and one private). Yet with physical rehabilitation needs clearly outstripping response capacity, a new orthopaedic centre is planned for Mopti, strategically located in central Mali where currently no such facilities exist. 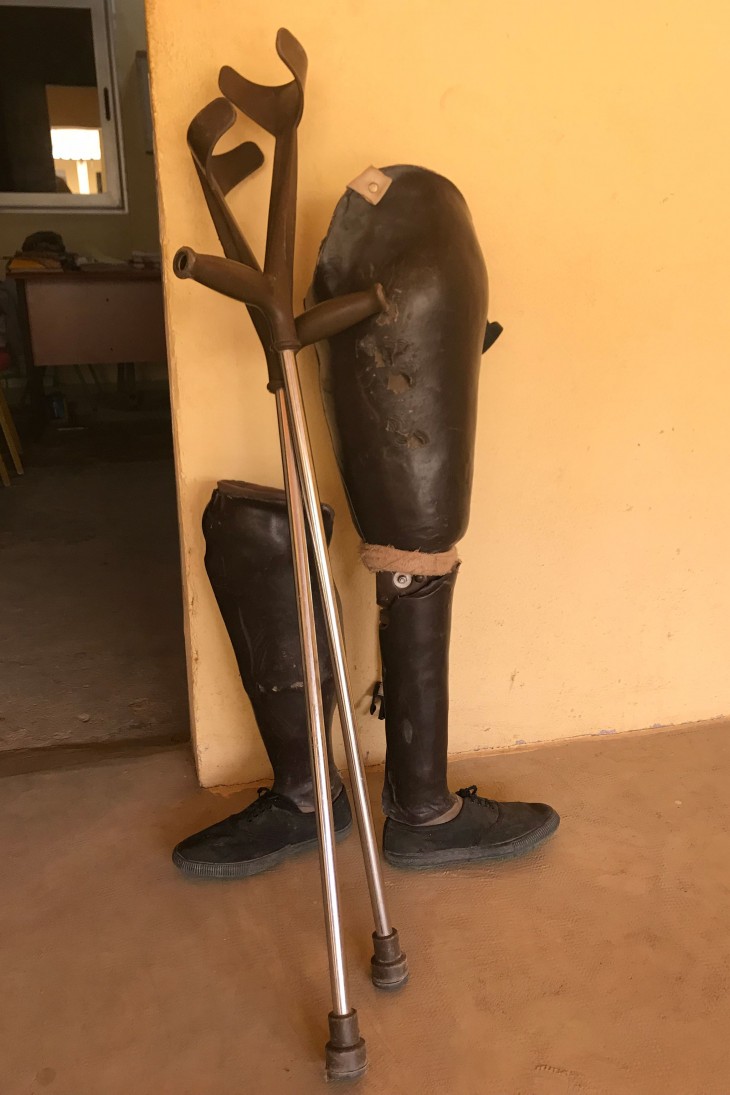 Financed through the Programme for Humanitarian Impact Investment (previously the Humanitarian Impact Bond), an innovative funding mechanism created last year by the ICRC, the centre is expected to treat around 2'150 physically disabled patients a year, meeting a significant need in central Mali and beyond. The ICRC will build and equip the centre, train staff and support operations for two years from when they are scheduled to begin in January 2020. The aim is to build the capacity of national and regional partners with ultimate responsibility for the centre and thus ensure its long-term sustainability, a "good example of the ICRC helping to address longer-term needs in the area between humanitarian relief and development," according to ICRC construction project manager Emilie Schmid, who designed the centre.

As for Ahmed Sah, his hope is not only for increased and improved services for people with disabilities in Mali, but that this will in turn lead to increased awareness and better understanding by the public at large. "Unfortunately we still have a situation in this country where children born with handicaps are thought to be cursed and in some cases are just left to die," he says. "The more people understand, the more hope there is that such attitudes will eventually disappear."