Health Care in Danger: "We told them they had to let us work" 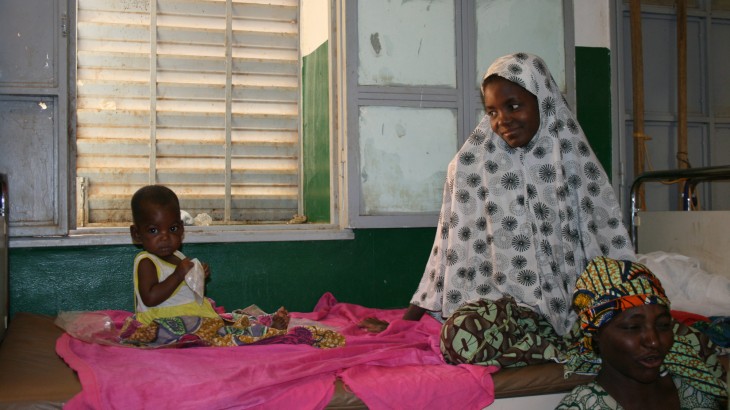 The general hospital in Timbuktu, where Abdoul Aziz Ould Mohamed was working in 2012, was the only medical facility in the region not to be attacked during the conflict in northern Mali. In this interview, the former emergency project coordinator for ALIMA tells us what made the difference.

The hospital where you were working in 2012 was not attacked during the fighting. What saved it?

We took a number of measures. First of all, we really had to gain a good understanding of the context. We identified which groups were fighting each other and their different power relations. With that insight, we then knew who we had to speak to in order to protect our hospitals and staff from danger.

Next, I went to speak with the various armed groups. We knew that we couldn't work in safety without the support of the forces that were effectively occupying the area at that time. Our hospital was officially recognized by the Malian army and authorities, but they were no longer in control of the territory. So I called on the leaders of the armed groups to respect the work of health-care providers and that proved effective. Several attempts were made to steal our only remaining ambulance, but we managed to save it through our contact with the leaders of the group in question.

All of these steps helped to calm the hospital staff and give them some assurance of their safety.

What exactly did you talk about with the different armed groups?

We stressed that we had to be left to get on with our work. We pointed out that the situation was catastrophic and that, as health-care providers, we could help people – but that we would not do so at the risk of our own lives. We also explained that if any members of their group were injured, they could bring them to our hospital. It was made clear to them that, as a humanitarian organization, we offered treatment to everyone, irrespective of ethnicity, religion or anything else.

What precautions did you take to ensure your own safety and the safety of medical personnel?

We used local knowledge to make sure we approached the armed groups in the right way. For example, we sought permission from the parents of one of the group leaders to speak to him and explain our humanitarian aims. Similarly, before each medical evacuation from a rebel-controlled area to an army-controlled area, we called someone who knew the military leaders well. We would tell him that there was an ambulance of ours leaving Timbuktu for Mopti, for example, and ask him to inform the checkpoint guards so that they would let us through. Constant dialogue with the rebel groups and armed forces was therefore crucial.

Do you have any other advice for protecting health-care services?

It's essential that the health facility reflect the ethnic diversity of the society in which it operates. At the hospital in Mali, we made sure we recruited staff from different communities. This helped to ensure our safety, as we had a link with the community even in the chaos of the fighting. Patients were always able to talk to a member of staff from their own community, whether that was a nurse or a caretaker.

From a longer-term perspective, it's important to raise awareness among the political authorities of the problem of violence against health workers, facilities and patients. It's also crucial to get the local communities themselves involved in health matters, for example, through committees that include community leaders, to make them aware of the fact that health facilities must be treated with respect.