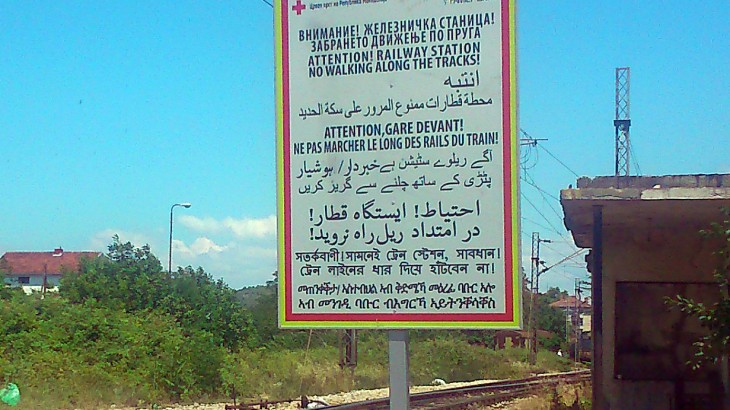 According to the information collected by the Red Cross Societies, between November 2014 and mid-2015, 28 migrants died in train accidents in the Former Yugoslav Republic of Macedonia, four froze to death in Bulgaria, three died in traffic and train accidents in Serbia and two died in a fire in Croatia.

Some of their bodies have never been identified, and their families will be looking for them. The Restoring Family Links Network operated by the Red Cross and Red Crescent Societies and ICRC delegations across the world provides a link between families far away and the authorities responsible for the identification of human remains.

In response to frequent train accidents, the Macedonian Red Cross, with the support of the UN High Commission for Refugees and the ICRC, has produced signs with warnings in Macedonian, English, French, Arabic, Urdu, Dari, Bangla and Tigrinya, which the Macedonian Railways have put up along the rail route from Greece to Serbia.