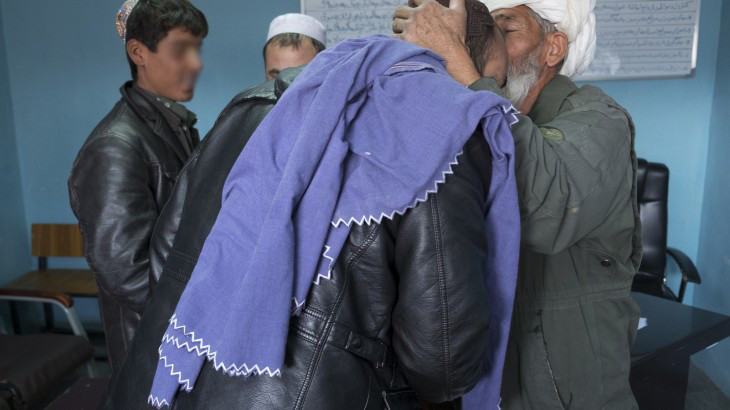 In Iran, the International Committee of the Red Cross, the ICRC, works to help families find their loved ones missing due to conflict, migration or natural disaster, as part of its Restoring Family Links (RFL) program. One ICRC Protection colleague shares her experience.

In 2018, we registered Mohammad who was 16 at the time. He used to sleep in a construction site where he was working. He had no documents (irregular) and was introduced to the ICRC through a local NGO (HAMI).

Mohammad got separated from his family at Iran-turkey border when he was only 12. The whole family had fled the fighting in Ghazni and left their village in search of a better and safer life. They did not know at the time that they were going to get separated for a long time. When it happened, Mohammad returned to Iran. He reached out to some fellow Afghans who helped him get in touch with his parents, but they were already on their way to Europe.

When we registered Mohammad and took him to a shelter, his only concern then was to get to his elderly parents as soon as possible, wanting to take care of them.
After we confirmed Mohammad's identity, we started the family reunification process. Luckily, we had the support of the Iranian National Society, the IRCS, in this case and we were confident. This long administrative process that include many steps made Mohammad impatient at times. Sadly, Mohammad was faced with a greater loss; his father, who had been hospitalized for some time, passed away. His passing was hard on Mohammad and let him worry even more for his mother day by day. To make things even worse, we realized that we had to reinitiate the visa application for Mohammad under his mother's name, now his father had passed away.

The family reunification administrative process was completed in August 2019, but Mohammad had to wait for two more years before he could be reunited with his family in May 2021 as the C-19 pandemic considerably impacted the work of consular services. There were times, Mohammad considered staying in Iran as an irregular migrant. But he was brave, patient and kept a strong face all through the process. We stayed by his sides, trying to reassure him.

Finally, the good news arrived, and despite all the travel restrictions due to C-19, he received his visa to join his precious family, after 7 long years, Mohammad could not believe that it was really happening to him in the end.

One day after Mohammad's arrival in Europe and reunification with his family, he video-called the officer in charge of his reunification procedure at ICRC Iran. His face was a mixture of disbelief and extreme happiness. His Mom was beside him and her hands were wrapped so hard around his waist, as if she wanted to make sure that Mohammad would never leave them.
Mohammad and his family are now able to live a normal life, with dignity and in a safe environment were their lives are no longer at risk.

Disclaimer: Names have been changed to maintain confidentiality.