Moving from outrage to action on civilian suffering

ICRC President: speech to UNGA event on the protection of civilians and respect for IHL 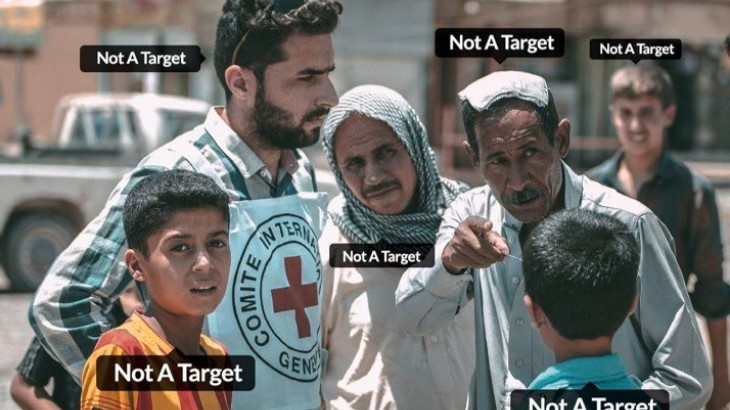 Dear colleagues, there is perhaps no greater concern for the ICRC than the protection of civilians and ensuring respect for international humanitarian law. On the frontlines the ICRC sees only too closely what happens when IHL is violated: prisoners tortured and killed, aid workers murdered, civilian areas indiscriminately shelled.

The critical question remains how can we move beyond our outrage to action?

The ICRC and Switzerland have been leading a formal process with states on Strengthening Respect for IHL in the lead up to the 33rd International Conference of the Red Cross Movement next year. This will be a key moment to reinforce support for international humanitarian law, in a non-political, voluntary and consensus-based way. We have been encouraged by the active participation of states in the process and we ask that the members of the international community be ambitious in their commitments.

The dynamics of conflict have undergone rapid and deep transformation in the last few years. And the result we are seeing is more people are affected, for a longer time, with deeper needs, from food, water and shelter, to health care services and economic opportunities. Conflicts and protagonists cross State borders. Conflicts are protracted. Battles are fought in populated areas, risking too many civilian lives and destroying critical infrastructure. A vast array of armies, Special Forces, armed groups, and criminal gangs now fight – directly or by proxy, openly or secretly. ICRC research shows more armed groups have emerged in the last six years than the previous six decades.

Wars often involve partners and allies – leading to a dilution of responsibility, fragmentation of command chains and an unchecked flow of weapons. This only increases the climate of impunity and ultimately causes yet more suffering. Partnering is a risky strategy, too for States – from political and reputational risks, and the danger that their support is redirected, or used in violation of IHL.

In this environment, we need new ways to influence the behaviours of belligerents. I see there are new opportunities to work differently two groups in particular: non-state armed groups and with States supporting parties to conflicts.

The ICRC is mandated to talk to all parties to a conflict and strives to engage with an increasingly complex array of non-state armed groups. Currently we are in contact with around 200 groups worldwide linked to our operations or our humanitarian concerns; and we are discovering that the structure of these groups mean we need new approaches.

Our innovative new research on the factors that lead to restraint in war has provided us unprecedented evidence on how members of State and non-State armed groups are influenced. The results confirm our approach that training in IHL for traditional, top down, State armed forces makes a difference to battlefield conduct.

... but, it also found that a different approach is needed for decentralised groups, especially non-state armed groups. These groups are influenced by command structures but also by many other factors - community, political, spiritual. We need to do more on influencing these networks and on informal levels. While the law is vital in setting standards, the report recommends the ICRC encourage the internalisation of the rules into the identity of combatants, to move beyond 'it is against the rules' to values such as 'it is not who I am'.

Dear colleagues, As the trend towards allied and partnered warfare only increases, I am convinced this presents us with a new opportunity: there is an untapped potential for States to positively use their influence to better protect the victims of armed conflict.

We have designed an agenda for action, based on our analysis from the field, which sets out practical steps States can take to help parties they support behave in ways that comply with the law, to set up safeguards, and take mitigating measures. Few acts of support pose a greater risk to victims of armed conflict than the provision of arms. States that support parties to armed conflict must not transfer weapons if there is a clear risk of violations of international law.

We aim to further understand the challenges in implementing these practical measures, and refine our recommendations, by exchanging practice and lessons learned with States

Dear colleagues, we must guard against the great human suffering that comes with IHL violations and any kind of impunity for them, or of calling into question our humanitarian values. No matter how complex, protracted or fragmented an armed conflict may be.

It is the task of the international community not to let out outrage turn to inertia but to take practical steps to prevent the suffering of civilians in conflicts around the world.