My perspective: Photojournalist Giles Duley on People on War 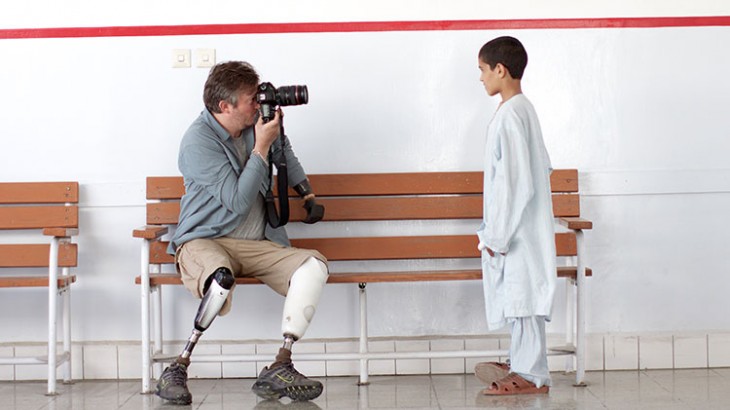 For a decade I've worked as a photographer documenting the devastating effects of war on civilians. From Angola to Gaza, Iraq to Cambodia, I've witnessed how modern warfare destroys bodies, minds and lives.

In 2011, whilst working in Afghanistan, my own story was to echo those I'd been documenting. In Kandahar I stepped on a landmine. The incident nearly killed me, leaving me a triple amputee.

I spent a year in hospital recovering from my injuries. My life had changed beyond all recognition; I was told I would never again walk or live independently. Yet miraculously, eighteen months later, I was back working. And I began to realize that my injury had in fact given me a gift: it had given me greater empathy and understanding for those I photograph.

One of the most important things in my work is taking the time to really listen to the personal stories of people affected by conflict. The 2016 People on War report provides an important insight into how war is perceived and what more needs to be done to limit the effects of war on civilians.

After my recovery I returned to Afghanistan. At the ICRC limb-fitting centre there I met seven-year-old Ataqullah, who was being fitted with a prosthetic leg. A few months earlier, he'd stepped on a landmine on his way to school, losing an arm and a leg. It was painful to watch a boy, who should be playing with his friends, struggle to even take a few steps.

Why do I still do the work I do? It's simple: because of children like Ataqullah. As I was taking his photograph, I reflected on the pain I'm in each day, both physical and mental, and questioned why a boy should have to go through what I do, simply because he was walking to school.

Every day there are thousands of children who could be injured like Ataqullah. At a time when so many regions are in conflict and codes of conduct are increasingly ignored, we must shine the spotlight on the importance of respecting the laws of war to protect the lives of civilians.