Myanmar: Back on their feet, armed with faith and dignity 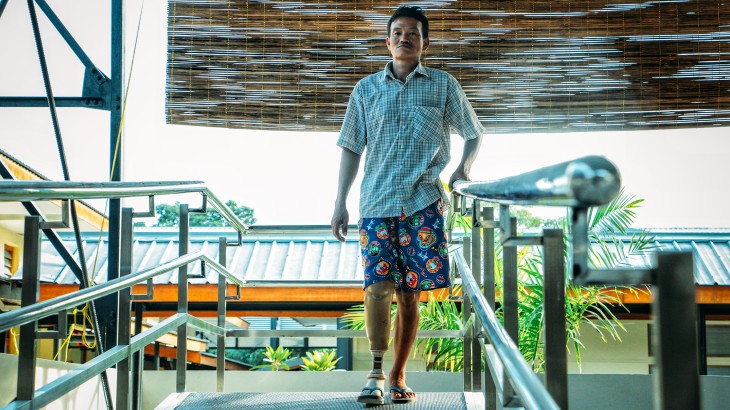 It was a cold December day like any other in Kachin State's Namsang village. As evening drew closer, 41-year-old Hpau Gum Kum Sang rushed his cattle to the fields, keen to quickly head back home to his wife and five children. But that was not to be. A fateful misstep on a landmine in the fields left the young farmer disabled, adding to the mounting number of civilians who have suffered due to the chronic fighting in Kachin State.

Among other risks, landmine explosions are probably the deadliest in Kachin State. In fact, Myanmar has the world's third highest number of landmine-related casualties and injuries. Amid such violence, thousands like Sang find that the physical rehabilitation centres run by the ICRC in partnership with the Ministry of Health and Sports are their best chance to lead a normal life again. Sang's brother-in-law, whose leg had to be amputated due to cancer, told him about one such centre in Myitkyina, Kachin State.

"Seeing him benefit from the medical help, I also felt encouraged and visited the centre. It was hard wearing a prosthesis initially... it certainly takes time to get used to it. But now I'm in the process of learning to walk and have gotten comfortable with the idea of an artificial leg," says Sang. 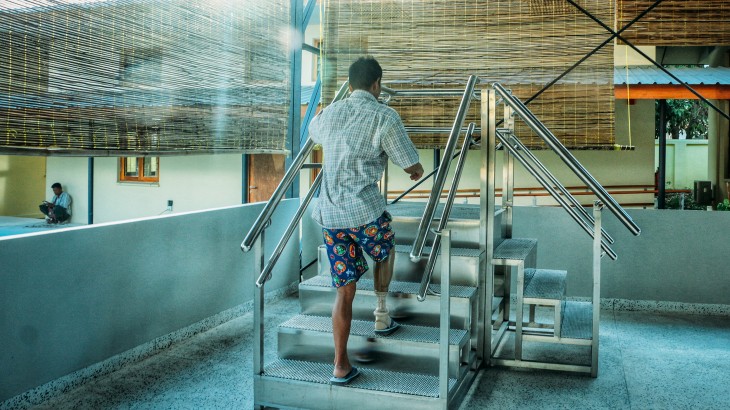 It was in November 2016 that the ICRC along with the country's Ministry of Health and Sports launched the physical rehabilitation centre in Myitkyina of Kachin State to support and rehabilitate people who had lost their limbs to different accidents and diseases. Since the launching, the centre has provided a total of 126 patients with prosthetic devices, and 881 people have received physiotherapy sessions.

The centre has a prosthetics workshop that is managed by technicians who make the artificial limbs. Normally, it takes one to three weeks to get an artificial limb fitted. For those who have lost both legs, wheelchairs are provided for ease of movement. The centre also offers physiotherapy support. For patients who can't travel every day to the centre, the dormitories with 53 bedrooms for male and female patients as well as their family members will open in the beginning of 2018.

Excited at the prospect of returning home soon after finishing his physiotherapy training sessions, Sang says, "I can't wait to show my family that I am capable of helping them in their daily chores once again. I'm looking forward to riding my motorcycle again and taking my kids to school every day."

It's people like Sang who bring life and meaning to the centre that aims to not only physically rehabilitate the disabled people, but also give them confidence to lead a normal life with dignity.