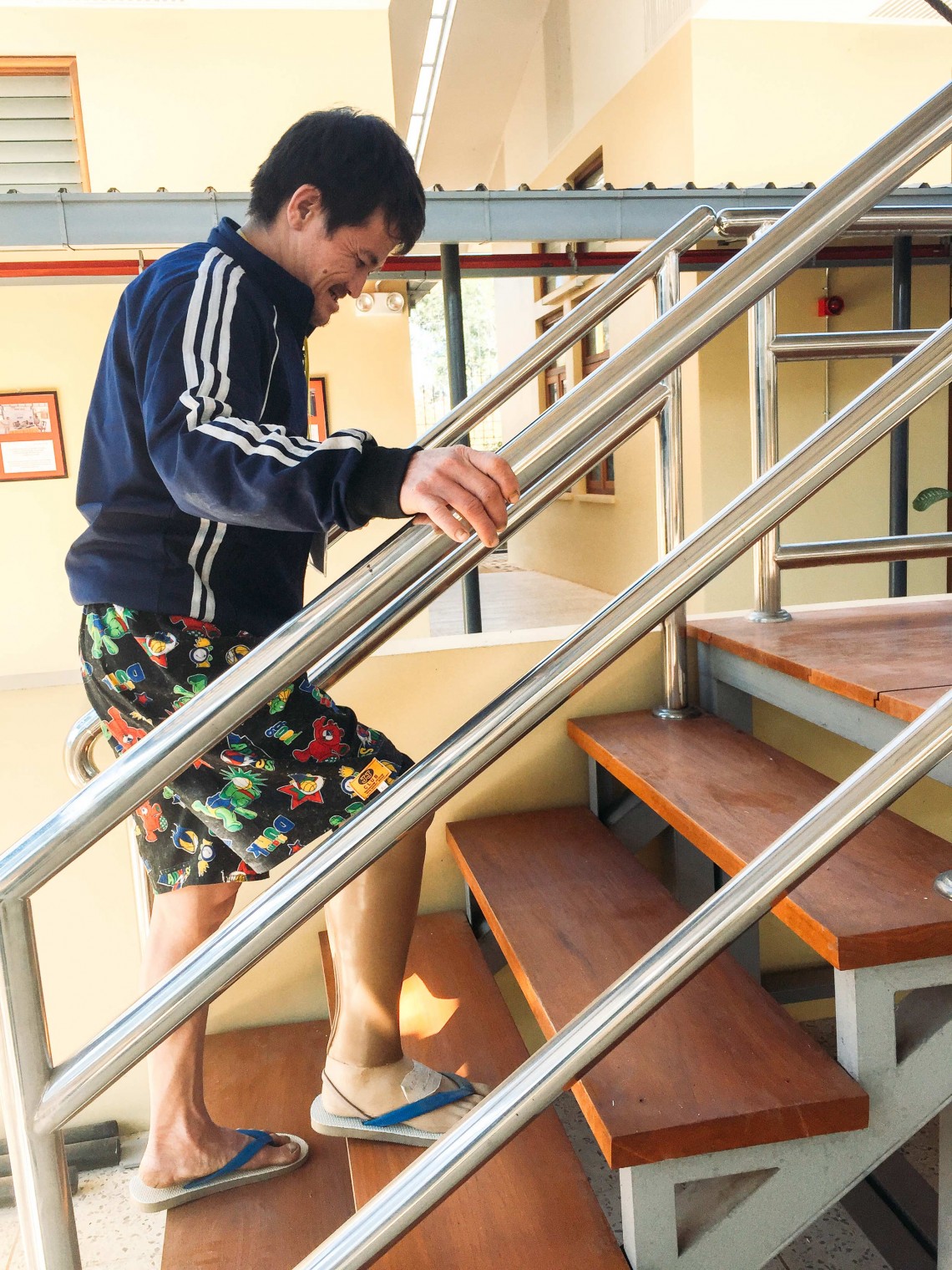 Four years ago, a hunting trip turned tragic for Yar Sie when he stepped on a landmine and eventually lost his right leg.
Article 06 November 2018 Myanmar

Living in a very small and remote village of eastern Shan State, Yar Sie saw no option but to toughen up and move on. He made his own walking stick and tried to find ways of dealing with the loss of a limb so that he could keep providing for his family by rearing pigs and poultry in his small farm. 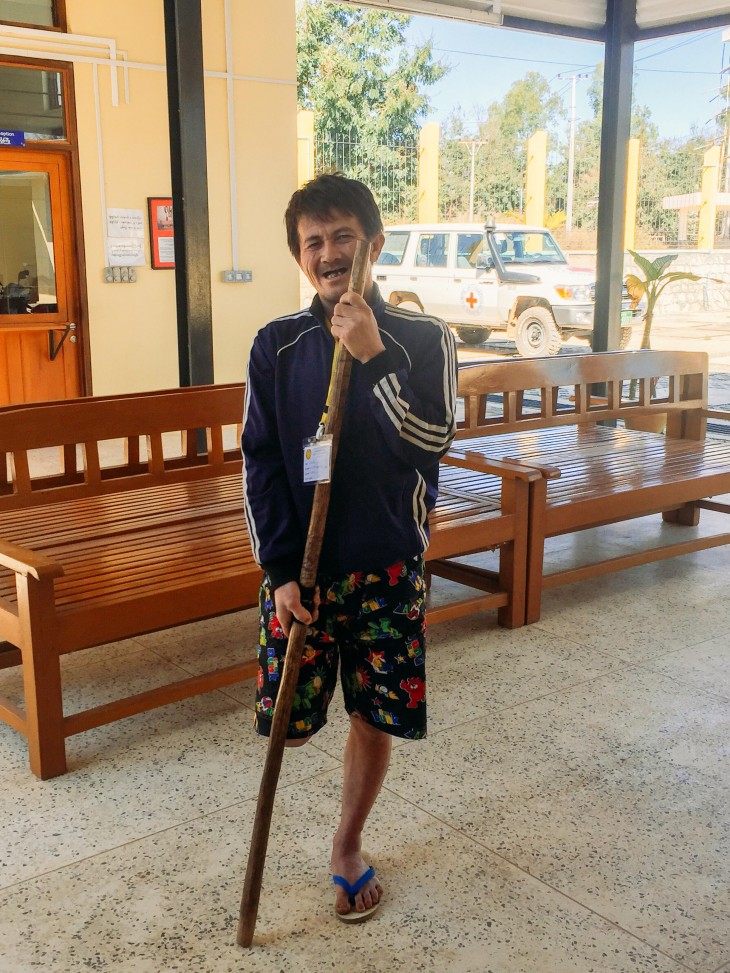 But his story took another turn in the beginning of 2017 when he visited the Kyaing Tong physical rehabilitation centre, run by the International Committee of the Red Cross (ICRC) in partnership with the Ministry of Health and Sports (MoHS). As he met with the staff at the centre, Yar Sie, who is in his 50s, was struck by the thought that he didn't have to continue struggling as he had been. He began to see hope for the future.

"I remember how he had arrived here carrying a small bag made of rice sack with all his necessities in it. He looked so lost in the beginning but was so grateful for any little thing people did for him," says Sabine Ciccone, a physiotherapist who treated Yar Sie.

For the team at the rehabilitation centre, the first challenge in helping Yar Sie was to be able to communicate with him.

Yar Sie never attended school or got the opportunity to learn even basic things like telling the time or using a telephone.

"But more importantly, he only speaks Lahu and none of the others at the centre could," says Ciccone, adding that there are only about 150,000 Lahus across Myanmar.

However, they were committed to helping Yar Sie build a new future so the ICRC arranged a Lahu translator for him. "And then we got to work, giving him all the medical care he had been missing for the last four years. Everyone was eager to help him and tried to communicate in any way possible. And Yar Sie would reward us with his gorgeous smile. It was very heart warming to see," Ciccone recalls. She explains that Yar Sie's treatment was the collaborated effort of the ICRC, MoHS and also the other patients at the centre. "While the ICRC and MoHS team provided physiotherapy services, prosthetic material and food, other patients pitched in by raising money to pay his fare," she says. 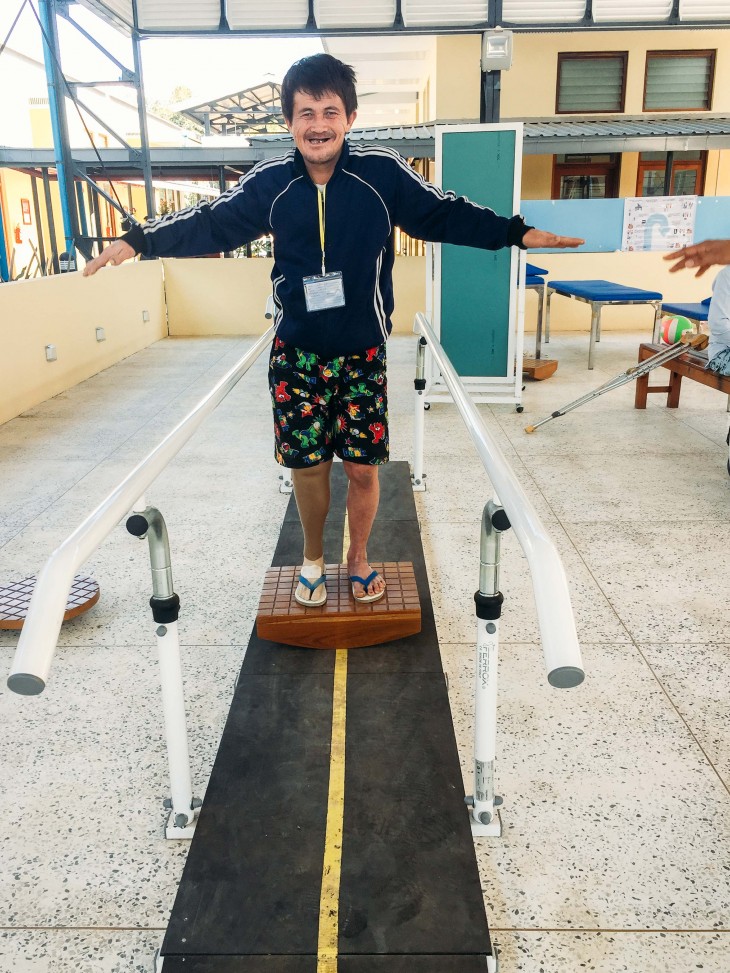 On his part, Yar Sie calmly trained every day and showed incredible progress by being able to stand on his prosthesis after only two weeks of treatment.

I was really touched by the individual care and attention I was given. Now that I am able to stand again and move around by myself, I can send my three children to school so that they can receive the education I never got.

For Ciccone and the team, the look on Yar Sie's face is reason enough to continue what they are doing. "His positive attitude as well as his gratitude are wonderful rewards for the time and effort we invested in him," she says. 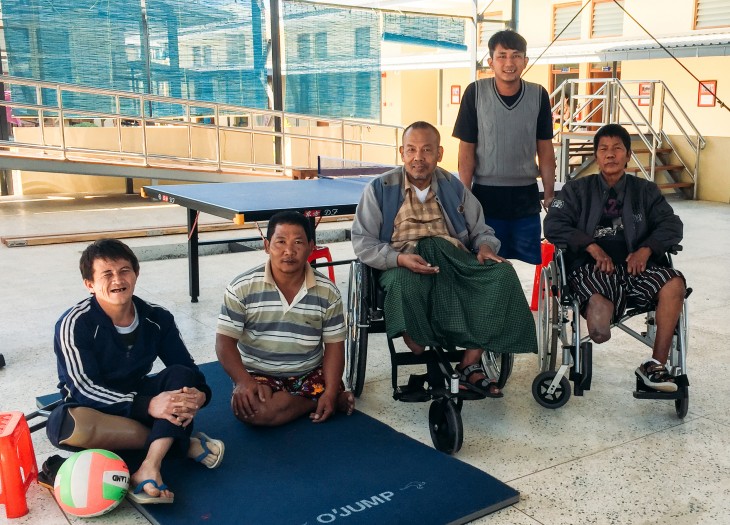 Myanmar remains heavily contaminated by anti-personnel landmines, particularly in Shan, Kachin and Kayin States. The physical rehabilitation centre at Kyaing Tong, which is run by the ICRC in collaboration with MoHS, helps reach a severely-underserved and remote population.