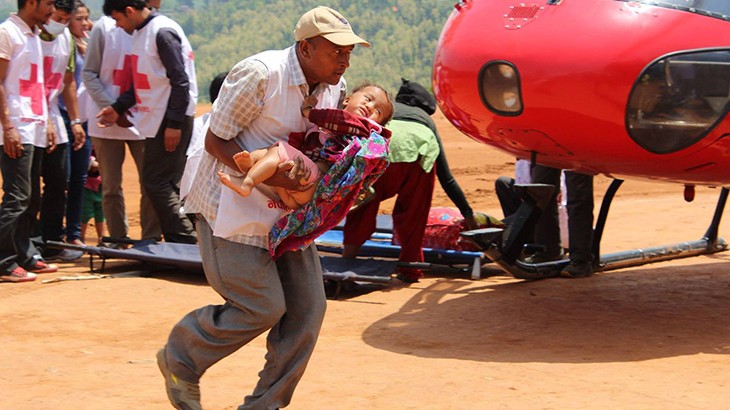 There is something both shy and engaging in the way he smiles, a softness that is somehow deceiving. Because you could hardly find a more energetic man than Narayan Kumar Shrestha in times of emergency.

When the first earthquake tore through Dhading district, in Central Nepal, the Nepal Red Cross Society (NRCS) volunteer immediately sprang into action. He was everywhere; putting people with terrible injuries on stretchers, gently assuring them they would be fine, carrying first aid items from the disaster risk box kept at the district headquarters, and helping children. They are the ones who gave him his nickname: as he was ferrying children and injured adults on his back to the local hospital, they decided he was "Ambulance Uncle". This is how everyone calls him nowadays in Dhadingbesi, the district headquarters. 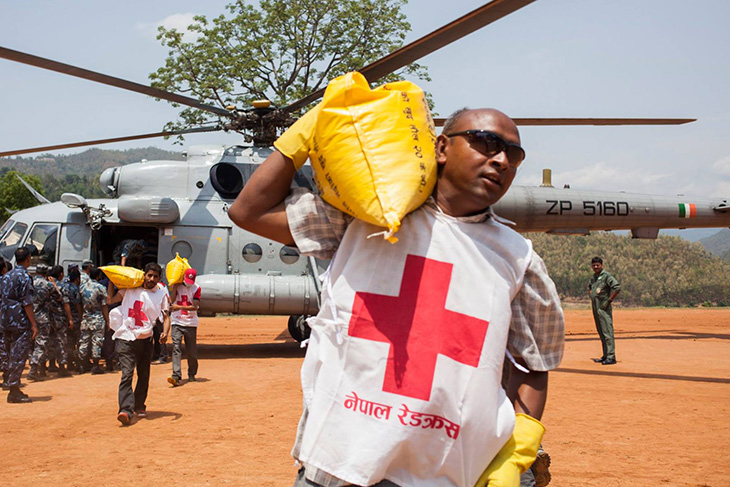 The "Ambulance Uncle" can always be found in the thick of humanitarian action in Dhading, carrying food for people affected by Nepal's worst earthquake on 25 April 2015. CC BY-NC-ND / ICRC / Devendra Dhungana

This 39-year old father of four started his love story with the Red Cross when he was only a teenager. "It was when Dhading, and the whole country, experienced the worst floods in recent memory", he recalled. "I was only 15, but I was strong, and with other youngsters we were pulling people out of the river. This is how I became a member of the junior Red Cross."