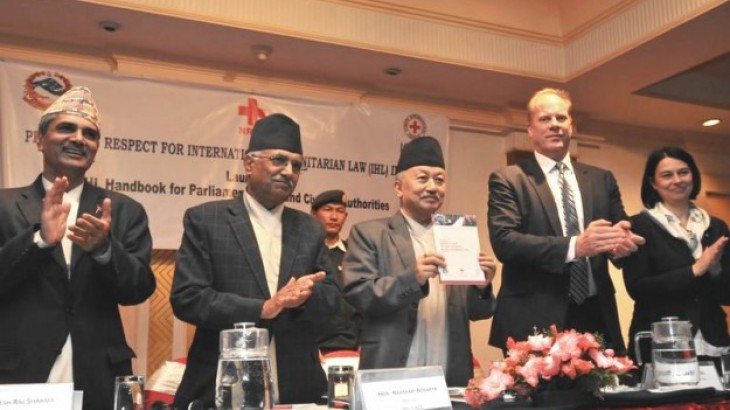 A handbook for parliamentarians and other civilian authorities titled "Promoting Respect for International Humanitarian Law in Nepal" was launched in Kathmandu on 16 March at a ceremony organized by the National IHL Committee, Government of Nepal, and together with the ICRC and the Nepal Red Cross Society.

There is no doubt the handbook is a useful and important publication for all in this field.

Read: the full story on the ICRC New Dehli blog