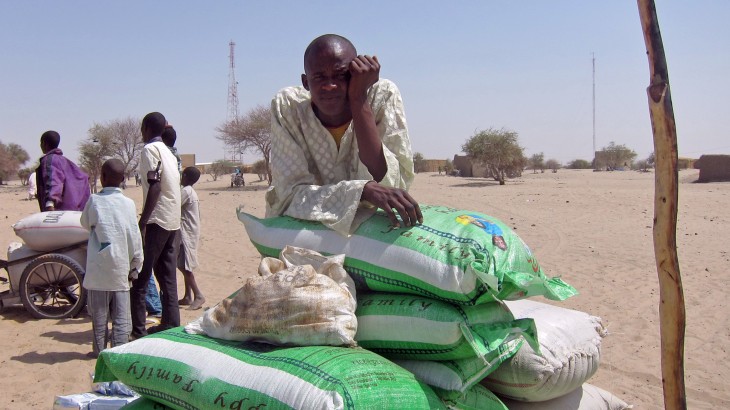 Niamey (ICRC) – The conflict which broke out several months ago in north-eastern Nigeria has spilled over the border into neighbouring Niger. Since 6 February several areas in the Diffa region in the south-eastern corner of Niger have been the scene of fighting and violence which has caused many deaths and injuries and displaced thousands of people.

"The humanitarian situation is extremely worrying," says Loukas Petridis, head of the ICRC delegation in Niger. "People have been killed and wounded in what are sometimes indiscriminate attacks and we are very anxious about the plight of thousands of displaced persons."

As Illa Djadi, who is in charge of distributing aid, explains, "Some of these displaced persons come from the town of Bosso, where the fighting took them by surprise. As they had to leave everything behind and flee, they are absolutely destitute and urgently need food. Others are refugees or returnees who had already fled from the violence in Nigeria and who were relying on host communities' solidarity and the assistance of humanitarian organizations. These people feel that there is no escape from the endless cycle of violence and displacement and that the future is even dimmer." 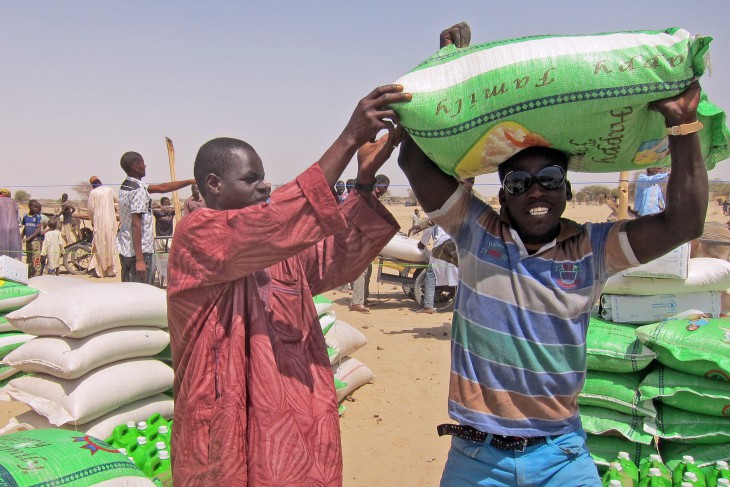 Kablewa village, N'Guigmi department, Diffa region, Niger. A man who has been displaced by the violence that has shaken that town of Bosso receives a sack of food supplied by the ICRC.
CC BY-NC-ND / ICRC / Grema Ari Zarma

As part of operations which are still continuing the ICRC and the Red Cross Society of Niger have distributed food supplies to some 5,000 people in Kablewa, Ouidi, Kawa and Djariho (N'Guigmi department), areas which have sheltered a large number of displaced persons since the fighting broke out at Bosso on 6 February.

At the same time, about one hundred resident households received food aid. The last crop year was very mediocre. The conflict is a drag on the region's economy and the influx of tens of thousands of displaced persons, which has lasted for several months, is having repercussions on residents' lives. Mr Djadi, who is worried by a growing risk that food supplies in the region might run out, adds that "many shared their meagre resources with the displaced persons and are now facing an increasing struggle to feed themselves properly." 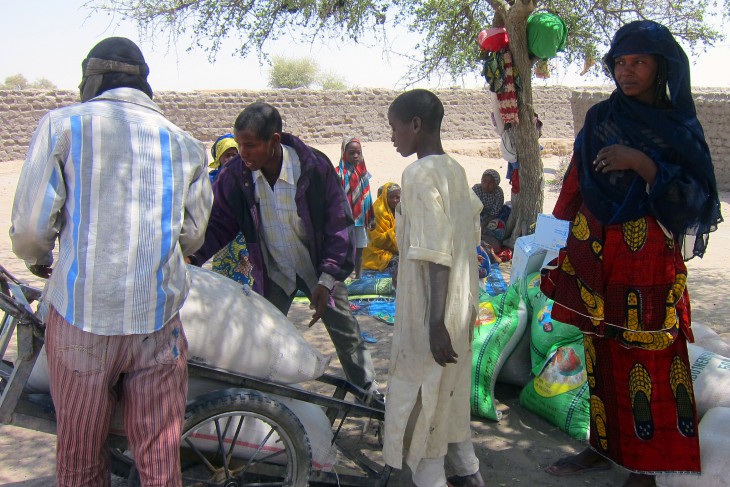 The ICRC is stepping up contacts and discussions with the authorities, community leaders and all persons with influence in this region with a view to obtaining safe access to the displaced persons, assessing their needs and rapidly meeting them. Mr Petridis stresses that "the lack of security does not make our task any easier. In a region where most humanitarian organizations have had to suspend their activities owing to the security risks, it is vital that all parties to the conflict take steps to safeguard humanitarian action."

At Diffa hospital, which has been receiving ICRC support for several months, the operating theatre is always full. Between 6 and 23 February, the hospital staff treated more than 110 patients who were suffering from gunshot wounds or had been injured in explosions. The ICRC has sent additional medical assistance to the hospital in order to help it to cope with this influx and has prepositioned a ton of medical equipment and disposables in Diffa in order to care for about 50 seriously injured people. 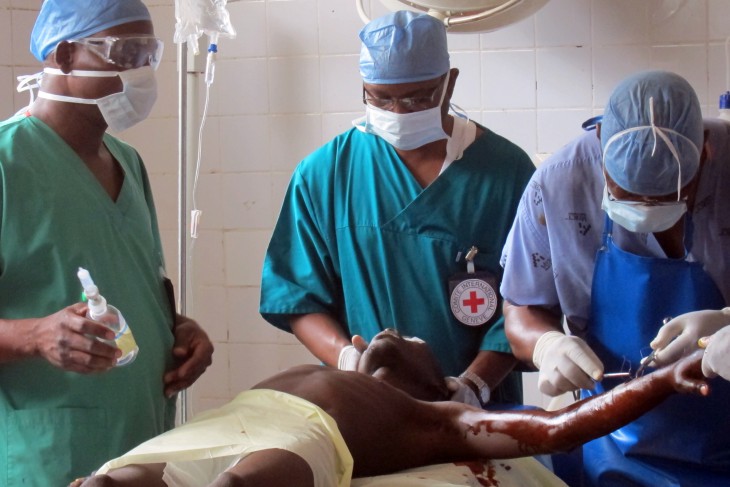 Diffa regional hospital, Niger. The operating theatre in Diffa hospital has been busy since the beginning of the clashes. The surgeons, who are supported by an ICRC emergency medical team, sometimes work round the clock.
CC BY-NC-ND / ICRC / Grema Ari Zarma

On 20 February an ICRC emergency medical team was deployed in order to help the hospital staff. An anaesthetist–resuscitator and an operating theatre nurse are supporting the local surgical team. Dr Assoumana Amadou, the head surgeon of the Diffa regional hospital, says that "this support is welcome, as it takes the pressure off the local team who has sometimes had to work round the clock over the last few days."

Visits to places of detention

Since 6 February dozens of people have been arrested in connection with the conflict in the Diffa region. In accordance with its mandate the ICRC has started to visit these people in order to find out about their conditions of detention and their treatment. As the government declared a state of emergency throughout the Diffa region on 10 February, the armed and security forces have been given wider policing powers, especially in respect of searches, arrests and detention.

Mr Petridis emphasised that "military and security operations must comply with the relevant national laws and international conventions. In accordance with international humanitarian law, civilians, the wounded and detainees must be protected and treated humanely."