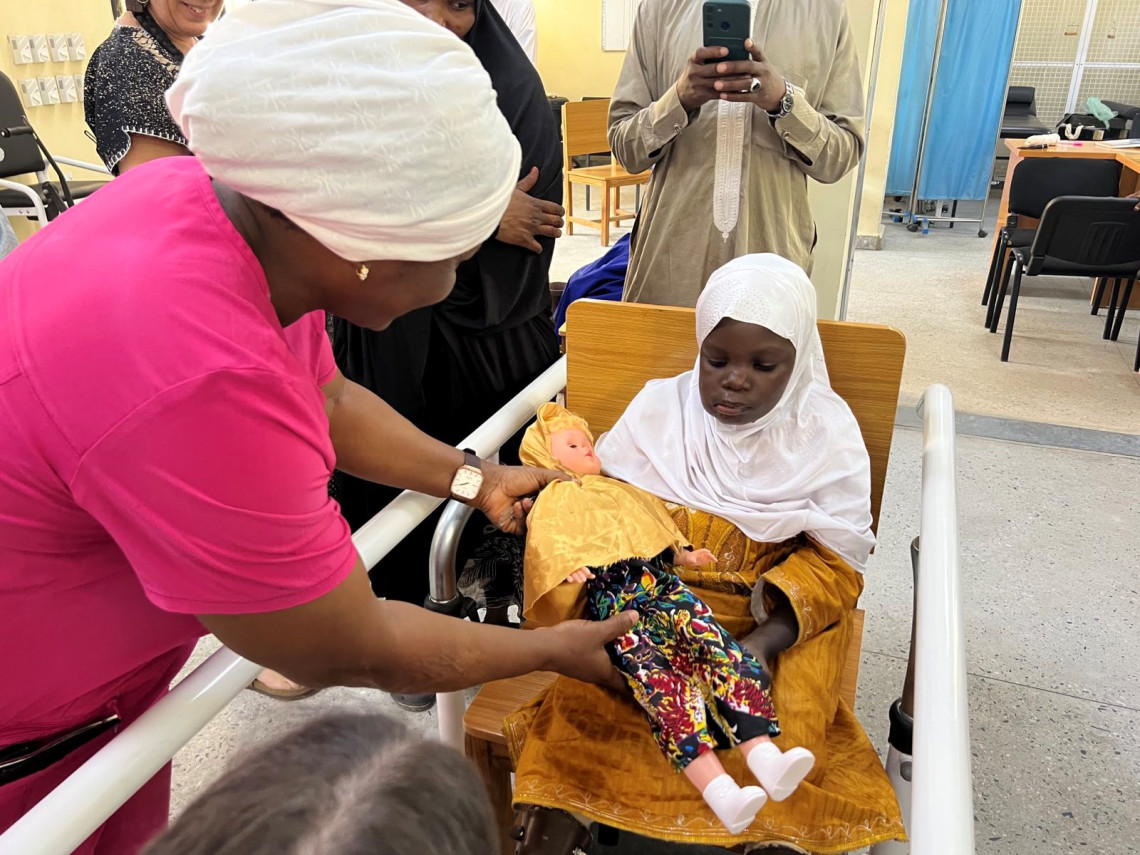 Nigeria: After Surviving an Explosion, Khadijah Walks Once More

For Khadijah Modu Abdullahi, this story began when the vehicle her family were travelling and drove over an explosive device in Borno State, northeast Nigeria.

A distress call was sent to the International Committee of the Red Cross (ICRC), which sent a helicopter to evacuate Khadijah to the State Specialist Hospital in Maiduguri, where she underwent immediate surgery.

Her brother Modu, who also survived the incident, explains that Khadijah lost both legs due to the blast, which claimed the life of their father – two weeks before Eid al-Adha in 2022.

Five months after the surgery, Khadijah was referred from the Specialist Hospital to the Physical Rehabilitation Centre at the University of Maiduguri Teaching Hospital (UMTH), supported by the ICRC.

After months of patience and practice, she recently took her first steps using prosthetic limbs provided by the centre. She is walking again.

When she leaves the centre, Khadijah says she is looking forward to enrolling in school. She hopes to be a doctor when she grows up.

Receiving a doll as a gift at the moment she took her first steps, Khadijah named it after the ICRC head nurse in Maiduguri, Teresa Kloning, who had been with her during the operation. 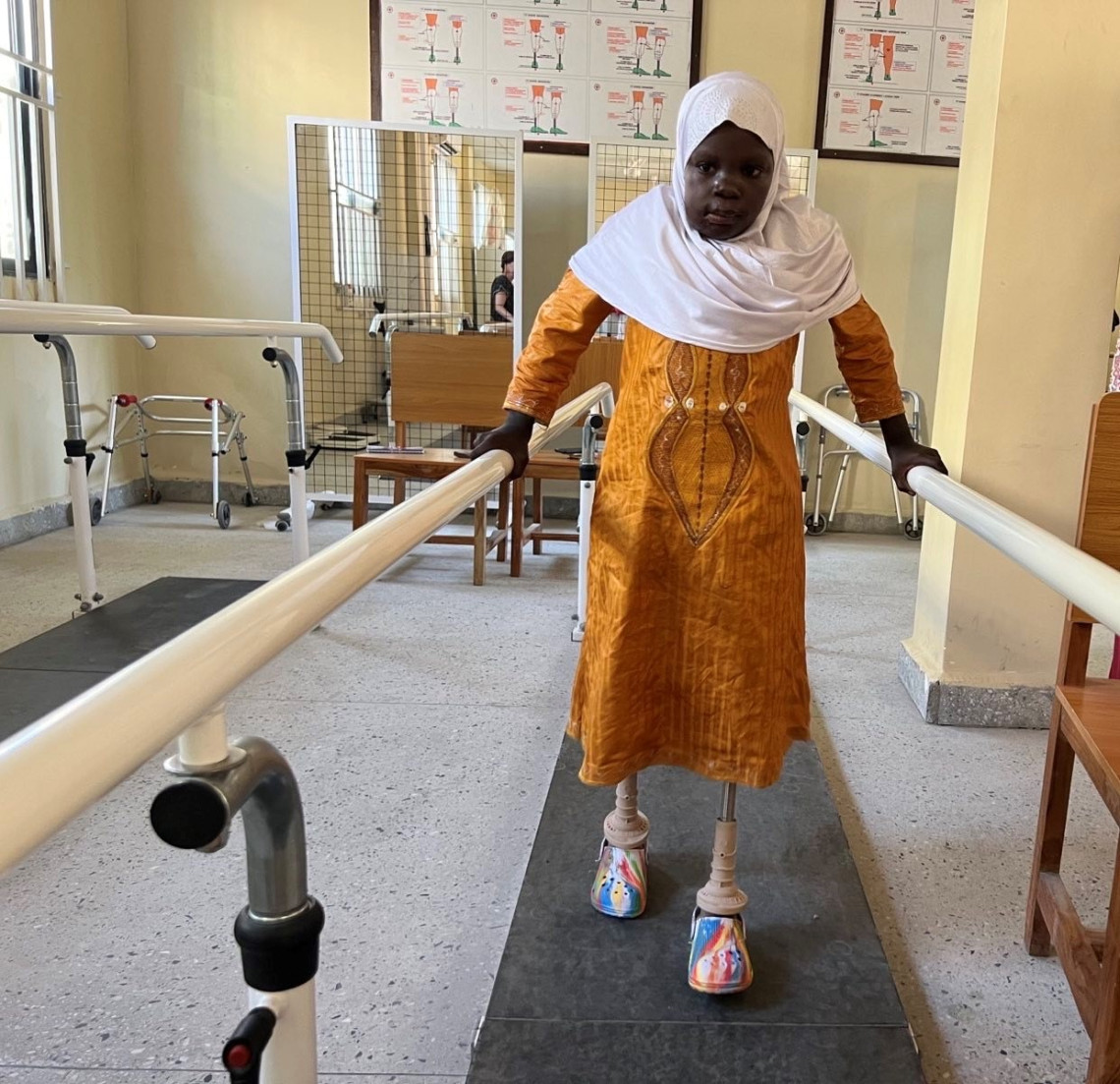 More than 600 war-wounded patients have received support at the centre since it was established in 2020. The centre is the first of its kind in Maiduguri and has produced more than 1000 prosthetic or orthotic devices. 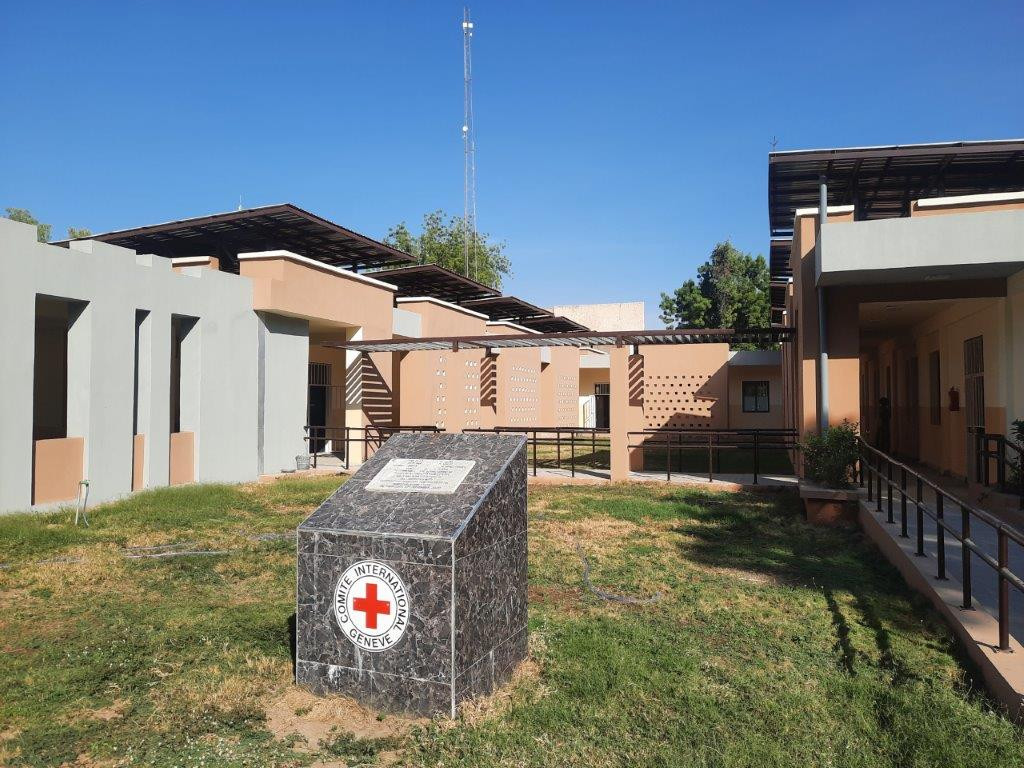 The PRC is run by University of Maiduguri Teaching Hospital staff, with the support from the ICRC. Mohammed Ibrahim, ICRC Maiduguri

From physiotherapy to customized fittings, mental health to psycho-social support, the centre provides a wide range of physical rehabilitation services for those in need.

Beyond the centre, the ICRC also helps people living with a disability to provide for themselves, supporting them with trainings, so they can set up businesses to learn a livelihood.

For us, the reason underpinning all this work is clear – all people living with disability should be able to participate fully in society.

That's why we're excited for where Khadija's next steps take her.