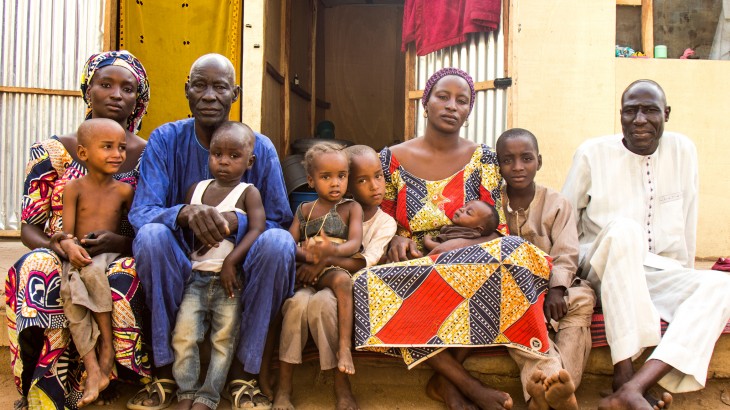 Natisa (right) has been living in an IDP camp in Yola since March 2015 with her sister, brother-in-law, and father, who were also displaced by the conflict. She has not seen her husband since he fled Gulak eight months ago, and he has not yet met their newborn son. CC BY-NC-ND / ICRC / Jesus Serrano Redondo

For people fleeing the violence, and on the move, there are few opportunities for health care. Pregnant women have been forced to give birth in the most difficult of circumstances, sometimes obliged to abandon their newborn babies in order to save their own lives. Surgeons have had to deal with injuries they are not accustomed to, such as wounds from bomb blasts.

Most men fled. Still pregnant, Natisa Mohammed, 29, stayed behind with her four children. "I saw a lot of violence," Natisa recalls of the attack last September in her village of Gulak. "I survived because I was pregnant. I'm still afraid when I remember that moment."

In February, the violence returned, and Natisa and her children were forced to run. As they travelled the countryside, she prematurely gave birth to her fifth child, a baby boy. A passing man assisted with the birth and put the family in a truck travelling to the refugee centre in Yola. 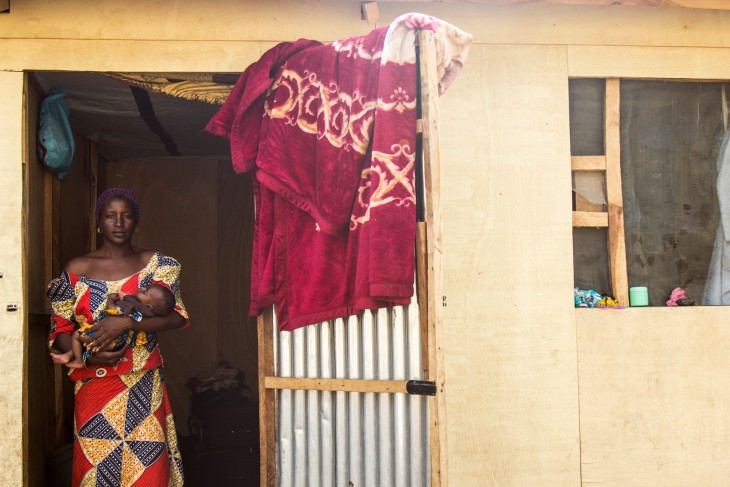 Natisa gave birth to her baby boy in the bush while fleeing her home in Gulak, when the town was attacked in March 2015. She decided to call him Auwel, after the soldier who helped her to deliver the baby and saved their lives. CC BY-NC-ND / ICRC / Jesus Serrano Redondo

"There was shooting everywhere in the area and bombs were being dropped the day I gave birth," says Natisa. "I decided then to call my baby Auwel, after the man who saved the life of my baby and myself."

Today, Natisa says she needs better food for her children and herself. There is no soap to wash the children's clothes and no money for doctor's visits. Despite these problems, Natisa feels safe in the camp. "We're living as brothers and sisters, helping each other, because we're in the same situation," she says.

Natisa longs for her previous life selling cosmetics and jewellery at home as her children attended school. But her village has been destroyed. "I just want my previous life back," she says. 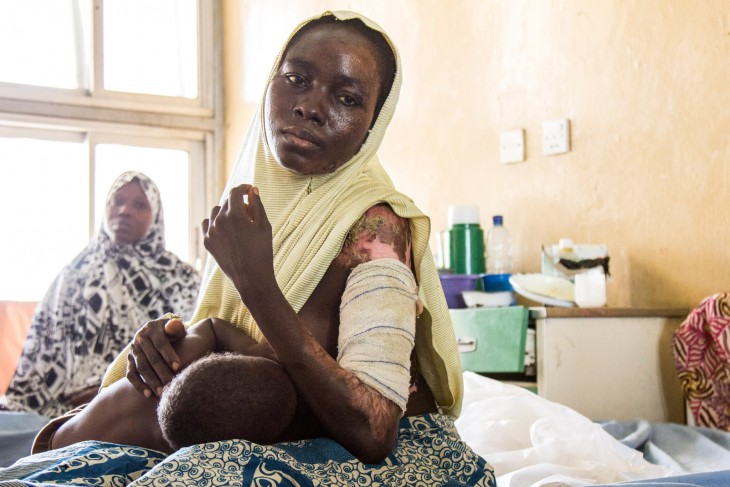 A woman badly burned as a result of the fighting in north-east Nigeria cradles her child at Maiduguri Hospital, where the ICRC is providing medical supplies and giving additional training to staff. CC BY-NC-ND / ICRC / Jesus Serrano Redondo

"Yes! In the forest!" says Ummu Salma, a resident of Mubi (Nigeria) who has had to flee the violence. "I saw someone give birth, cover the baby with leaves and walk away leaving the baby in the forest, to save her own life."

"We were in the church when the men came in. They shot indiscriminately and killed some of us," says Hafeesu Adamu, a resident of Minchiga, Nigeria, who was also forced to flee. "Amongst us were women and children who died on the way. Some gave birth on the way."