Nigeria: A race against time to reunite a family during the COVID-19 pandemic

As fear of the spread of COVID-19 grows in Nigeria and states close their borders, the ICRC rushes to reunite a mother and daughter separated by the conflict.
Article 30 April 2020 Nigeria

They have been separated for four years because of the conflict in Northeastern Nigeria. Had they ever imagined that a global pandemic might postpone their reunion? For Alia* and her daughter, who both bear the mental scars of being separated, it was already too long. Too violent. Too traumatic.

As the number of confirmed cases increases steadily each week, the Nigerian authorities have stepped up preventive measures to curb the spread of the disease, imposing a lockdown in several states.

In Borno State, the epicentre of the conflict in the North-East, a grim scenario weighs heavily on many minds; the spread of the virus in the overstretched and overcrowded camps, where social distancing and access to clean water are far from granted.

"We got the address of the mother," Safiya says, after talking to traditional leaders gathered in the shade.

Safiya works for the International Committee for the Red Cross, which helps reunite family members separated during the armed conflict, together with the Nigerian Red Cross Society. Under a scorching sun, Safiya follows one of the leaders to the mother's house, walking past a Mosque riddled with bullets and the rubble of buildings destroyed during a flare-up of violence. It's a painful reminder that the conflict has not slowed down to allow the virus to run its course.

The good news has spread throughout the neighbourhood. Aicha* is alive. Everyone stops what they were doing. The women seated under the tree have suddenly found a more exciting topic to talk about. Aicha's grandmother stands up from her blue rug in the corridor, where a few onions, leaves for soup and nuts lay. 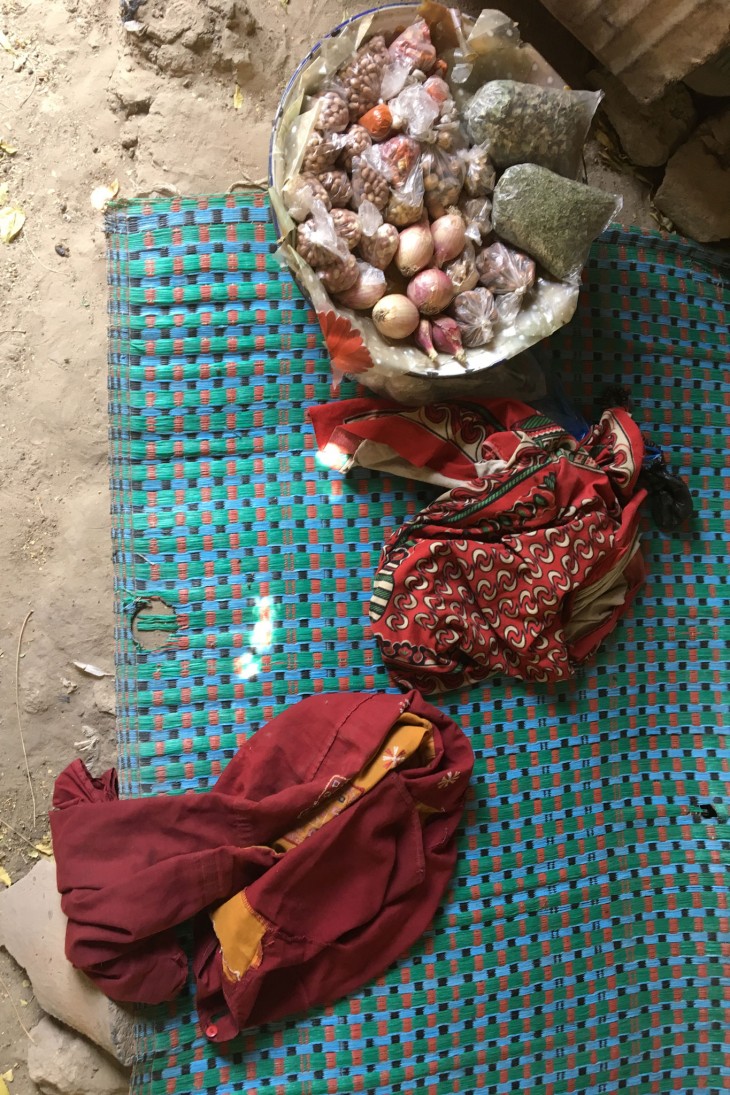 A sense of relief and happiness fills the tiny courtyard where neighbours and relatives stand side by side. Aicha's picture goes from hand to hand as if they can't believe it.

The lively grandmother thanks God over and over for bringing her granddaughter back. Amid the brouhaha, a frail woman stands. Her voice has not yet been heard. She has neither a smile nor tears on her face. Her silence says a lot, probably more than the commotion surrounding her.

"The mother nearly lost her mind after what happened to her daughter," a neighbour whispers.

"When will Aicha come back?" a relative asks.

Safiya pauses, thinking of the recent restrictions of movements that could put the reunification on hold for months.

"Within a month," she tells the family.

"When they asked about her return, I had coronavirus in mind and the challenges we might face in the future to move with the helicopter," Safiya later explains. "I didn't want to raise expectations, but I knew that we would try our best to make it happen. As soon as we came back to the office, I launched the process of the reunification."

Thousands of parents like Alia are still searching for their children who have gone missing during the conflict that has raged on for more than 10 years.

In the meantime, more COVID-19 cases have been confirmed nationwide, prompting the authorities to go further with the restrictions of movement. In Borno state, where only half of its roughly 700 health facilities still function, authorities and humanitarian organizations are trying to coordinate their response.

How long will Safiya and her team be able to travel and reunite people? No one knows.

The following week, they finally travel by helicopter to the town where Aicha had found refuge a few months ago. Temperature checks, hand sanitizers, and no handshakes are precautions being taken to avoid the spread of the virus.

Once they arrived, Safiya looks at the file. It says that Aicha is 18. She looks 15, or even less, wrapped in a purple-tinted veil. She shows the picture of the family to Aicha. Despite the flow of emotions, she immediately recognizes the members of her family in a picture.

Safiya explains to the caregiver how and when the reunion will happen. Aicha, seated with the woman who looked after her for months, listens keenly without interrupting. Her dark eyes wander as if she is still processing what is happening.

A few moments later, she speaks with her uncle using a satellite phone provided by the ICRC team, and suddenly everything becomes real. Both sides are now convinced that they will be reunited. It's just a matter of time.

"Let's try to make it...We don't know whether we will be able to travel next week...," several members of the team keep saying, a few days before the reunification.

COVID-19 has added uncertainties in an already unpredictable region.

A smile spreads across Aicha's face before she boards the helicopter. She carries her breakfast of mashed potatoes and a few belongings in a black backpack. Throughout the trip, she remains calm and gazes over the arid landscape from the window of the helicopter. On the way to her house by car, she tries to connect the dots after four years. She recognizes the main road, then the police station on the right and the crossroads that leads to her home.

A hot wind is blowing through the corridor of the house as Aicha rushes in. A scream is heard. Aicha's mother has found her voice and her tears.

"I won't cry," says the grandmother while taking Aicha's hands. "If I start crying, everyone's going to cry."

*The names have been changed 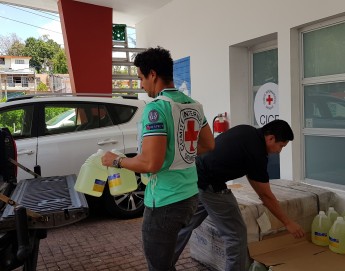 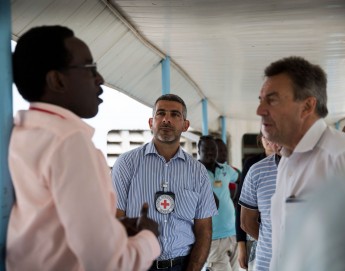 In Africa, racing to slow the spread of COVID-19