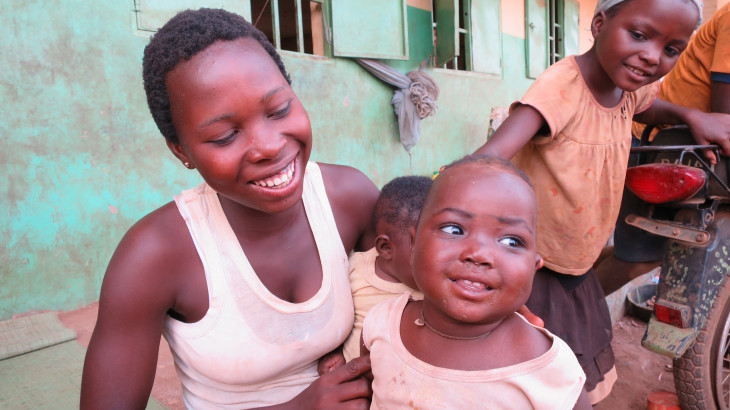 Abuja (ICRC) — The International Committee of the Red Cross (ICRC) has seen an increase in malnutrition rates among children in nutrition centres it supports in Nigeria. The number of children treated by the outpatient nutrition program grew by 20%, while the number of severe malnutrition cases rose by 10%, compared to the same period last year.

The rise in the number of patients was registered despite the ICRC putting on hold its community outreach program due to the pandemic. The outreach program, implemented in collaboration with the Nigerian Red Cross Society (NRCS), is its most efficient tool to identify malnourished children. "What we are seeing now is just the tip of an iceberg, and we are very concerned by the trend, especially in Maiduguri," says Thomas Ndambu, ICRC nutritionist. "I am certain that when Nigerian Red Cross volunteers resume their community outreach, the numbers will surge."

The economic impact of the COVID-19 pandemic put additional strain on the vulnerable communities in the North-East of Nigeria, where the decade-long armed conflict is severely hampering agricultural production and self-sufficiency of local farmers. "Everywhere we work the food prices have gone up, in some places they doubled. It means that millions of people in the North-East of Nigeria do not have enough to eat," said Ruth Mwakiuna Muriungi, economic security programs coordinator for the ICRC. Almost two million people in the North-East are currently displaced and do not have access to their agricultural land and production tools. In many areas of the Lake Chad region, insecurity and movement restrictions have limited farmers ability to plant crops.

Kano, Nigeria's major seeds producer, was among the areas hit the hardest by the pandemic during the planting season, which affected seed processing and transportation. As a result, many farmers could not obtain seeds or received them too late. The ICRC, one of the major contributors to the agricultural sector in the North-East, managed to obtain less than 60% of the seeds it was originally planning to distribute to vulnerable communities.

With Nigeria depending on food import for a tenth of its food needs, border closures and restrictions on movement during spring and summer months have also affected the availability of food in the markets. Extreme weather is another factor influencing food production in Nigeria. For example, Adamawa state has experienced dry spells at the beginning of the agricultural season, which is expected to have a negative impact on the production of maize in the area.
Operational notes:

Between January and September 2020, one million people received food and livelihood assistance from the ICRC. The activities were carried out in close collaboration with the NRCS.