NorCross: Helping to ensure safe access to health care in other countries 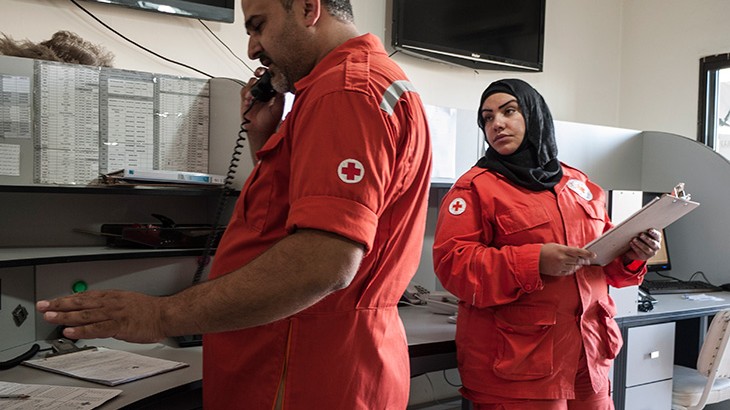 Norway is a country at peace, and yet the Norwegian Red Cross (NorCross) is one of the National Societies most actively involved in the HCiD project.

NorCross has, since 2013, been working with various National Societies to ensure safe access to health care in their countries. Frederik Siem, HCiD Adviser for NorCross, explains why: "This is the true spirit of the Movement. We don't necessarily have the specific operational knowledge required, so it's not us transferring the know-how. But we have experience in setting the stage for others to transfer knowledge among themselves, and we decided to help because we believe that sister National Societies, especially from the same region, can really make a difference in protecting the provision of health care by building on each other's experience."

NorCross focused on implementing recommendations, developed within the framework of the HCiD project, for protecting the provision of health care and ensuring safe access to it. In this connection, it has drafted a manual based on the report titled Ambulance and Pre-Hospital Services in Risk Situations. The report contains valuable recommendations for reducing the risks to first responders. However, as all HCiD recommendations implicitly require that responses be 'adapted to the context', NorCross began to work with the Colombian Red Cross and the Lebanese Red Cross to design and facilitate workshops for National Societies in the Americas and in the Middle East and North Africa respectively, keeping in mind the specific needs and problems in the two regions. The results of these workshops will be presented in the new NorCross manual referred to earlier, Best Practices for Ambulance Services in Conflict and Risk Situations; the manual will also contain guidelines that other National Societies can use to develop context-specific operating procedures.

NorCross has also launched the Quick Impact Initiative, which consists of short-term projects with very specific objectives. In Lebanon, NorCross donated satellite telephones, which were needed because ambulances had to maintain communication with their base at all times and mobile phone networks could not be relied on during crises. In Colombia, NorCross is helping the National Society to develop indicators to measure progress in connection with the HCiD project. Finally, NorCross also supports HCiD training for National Society volunteers, to enable them to carry out dissemination activities in communities. Such training is supplemented by a module on stress management and prevention of inter-personal violence, which is conducted by a 'Roaming Delegate' (see text box).

"We were not alone in this effort," Mr Siem said. "The Norwegian Ministry of Foreign Affairs understood the importance of tackling this serious humanitarian problem and signed a three-year agreement with NorCross to fund HCiD activities."

The example of Norway shows that there is a role for all of us. National Societies, from countries at peace and from countries affected by conflict, can work together to identify problems and find solutions. Together, we can ensure safer access to health care. 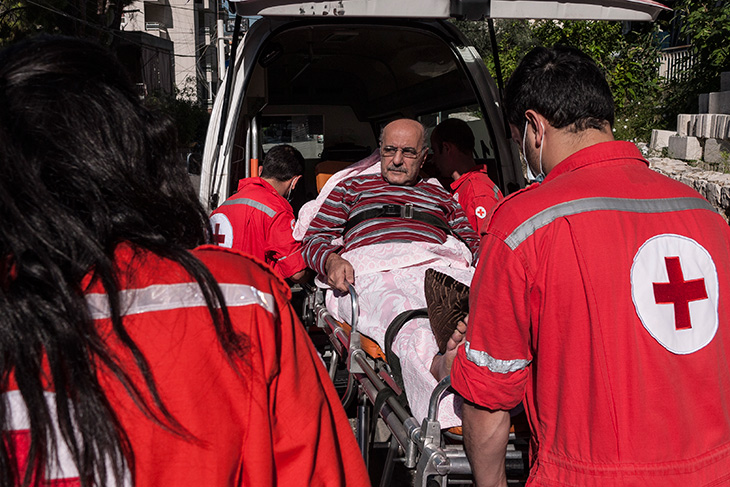 Jounieh, Lebanon. Two paramedics are about to transport an injured resident to the hospital. CC BY-NC-ND / ICRC / D. Revol

The role of the NorCross Roaming Delegate is to provide hands-on, technical support on violence prevention to ICRC delegations and National Societies in various countries, mainly through training sessions and workshops on HCiD.

"We found that, thanks to the HCiD initiative, there was a growing literature on violence against health facilities and ambulance services. But there is very little on inter-personal violence against health-care workers. Sometimes it is patients or their relatives who resort to such violence, out of fear, frustration or dissatisfaction with the medical services provided. It happens everywhere, even at health centres in Norway," says Frederik Siem, HCiD Adviser at NorCross. The Roaming Delegate is now developing a training tool that will equip health-care personnel with certain basic skills for containing violence directed against them.

"We adopted a 'train-the-trainer' strategy. The approach is participatory, and does not rely solely on theory," says Christian Grau, the NorCross Roaming Delegate. "Participants do role-playing exercises based on actual cases. Then, they analyse their behaviour – examine each other's conduct and emotions during the exercise – and develop a set of good practices that can be applied in their specific socio-cultural environment. The main advantage of such group work is that participants develop their own coping mechanisms."

"Each HCiD issue that is addressed has features that are unique to its environment and requires a particular coping strategy. This forces the Movement to think 'out of the box', and helps strengthen our cooperation with other National Societies," Mr Grau adds.