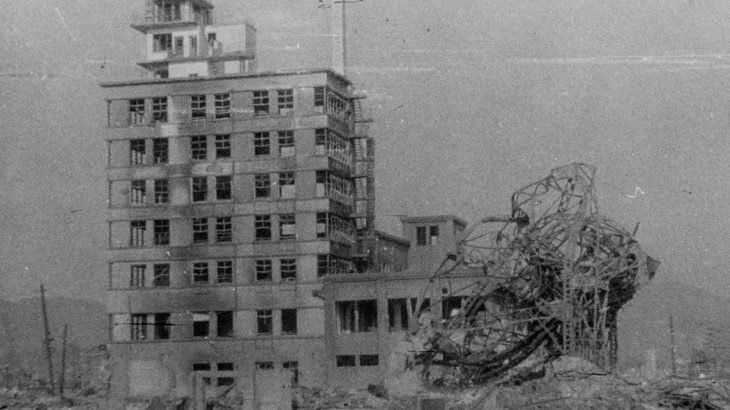 Mr. President of the General Assembly, Excellencies, Ladies and Gentlemen,

The adoption, two years ago, of the Treaty on the Prohibition of Nuclear Weapons, marked the beginning of the end of the era of nuclear weapons.

Answering a call that echoes through the decades since nuclear weapons were first used with terrifying effect, the Treaty is an indispensable tool to ensure that these weapons are never used again.

I do commend those States who today join the 70 other States in signing the Treaty. I encourage these States to take the next steps to become a party to this Treaty. The International Committee of the Red Cross is ready to assist you in your efforts.

The evidence is compelling: even a "limited" nuclear exchange would result in enormous suffering, from the immediate and long-term effects on human health, as well as on societies, health-care systems, the environment, and the planet as a whole.

In 1945, the International Committee of the Red Cross, and the Red Cross and Red Crescent Movement witnessed these catastrophic humanitarian consequences first-hand as we attempted in impossible conditions to assist the dying and injured in Hiroshima and Nagasaki. Today nuclear weapons are even more powerful and, unthinkable as it is, they would have even greater impact than 75 years ago.

As we look ahead to the 75th anniversary of the atomic bombings of Hiroshima and Nagasaki next year, we must strive to keep the evidence of the catastrophic humanitarian consequences of nuclear weapons at the center of the debate.

Prohibiting and eliminating weapons with catastrophic humanitarian consequences should not be controversial. The unspeakable human suffering and unimaginable destruction caused by the use of nuclear weapons is the strongest argument for their prohibition and elimination.

Paradoxically, military and political interests in nuclear weapons stem from this same destructive capacity. Many nations have spent vast sums of money in pursuit of the theories of "nuclear deterrence" and "mutually assured destruction", yet ultimately they have created an unstable "balance" of nuclear fear that continues to threaten the entire human species.

Renewed efforts to develop new types of nuclear weapons, the erosion of existing nuclear disarmament and non-proliferation treaties, and a deeply concerning trend towards a new nuclear arms race, show the inherent dangers of this presumed "balance".

Not since the end of the Cold War has it been more urgent to call attention to catastrophic consequences and fundamental inhumanity of nuclear weapons. We must signal in a clear and unambiguous manner that their use, under any circumstances, would be unacceptable in humanitarian, moral and legal terms.

It is now crucial to make the Treaty come to life as a new norm of international humanitarian law. We must spare no effort to ensure the broadest possible adherence to this treaty.

By signing and ratifying, States are sending a clear signal that any use, threat of use or possession of these weapons is unacceptable, given their catastrophic humanitarian consequences.

The Geneva Conventions were adopted 70 years ago to protect people from the worst excesses of war. Yet, the continued existence of nuclear weapons and the growing risk of their use make ongoing conflicts significantly more dangerous and increase the risk of a global conflagration from which there will be no protection. Weapons with catastrophic humanitarian consequences cannot credibly be viewed as instruments of security.

By signing and ratifying the Treaty on the Prohibition of Nuclear Weapons, States are fulfilling their responsibility to protect humanity from nuclear catastrophe. Our common humanity, our survival and that of future generations, depend on it.