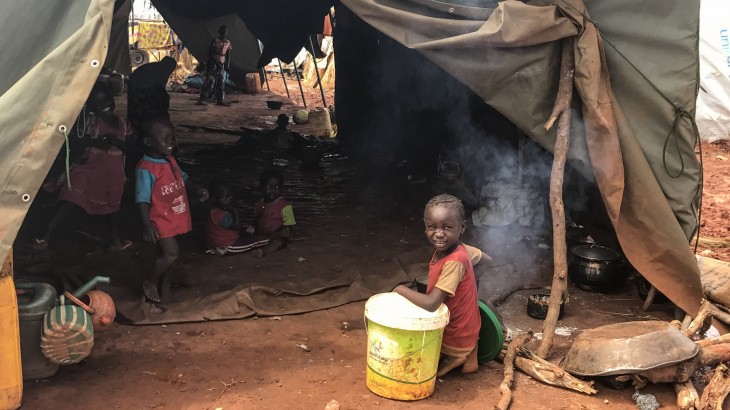 Bangui (ICRC) – Since 1 September, ongoing fighting between armed groups has forced large numbers of people in Birao, in the north-east of the Central African Republic, to flee their homes.

"It took an hour, just one hour, to end up with nothing," despaired a former teacher, who lost everything on 1 September when he had to leave his home without warning. More than 25,000 people – almost the entire population of the town – have been forced to flee empty-handed to makeshift camps, leaving behind homes that have either been ransacked or burnt down.

"All people want is to live safe and dignified lives. People must be safeguarded from the impact of the violence and clashes," declared Valérie Petitpierre, head of delegation for the Central African Republic at the International Committee of the Red Cross (ICRC). "The need to break this cycle of violence is long overdue; it is leaving people trapped in a state of precariousness, and without any hope whatsoever."

Massive humanitarian needs against a backdrop of panic

In the two main camps providing refuge, displaced people are reliant on humanitarian aid to survive. "We need to provide everything: food, water, shelter and sanitation. The population of an entire town has fled over the course of a few days," explained Célestin Sikubwabo, an ICRC delegate returning from Birao, where he coordinated the organization's response.

More than anything else, displaced people need to feel safe. No one is even contemplating going back to the town: their panic is real, and their lives governed by the rumours about renewed fighting. "It is terrifying to live like this," said Younous Abakar, a farmer who has left his entire life behind. "When the shooting started, everyone fled, and I lost contact with my wife and children. Just seven days ago, I found out that they were alive and in a different refugee camp, 12 kilometres from here, but the security situation is so bad that I can't go and join them. 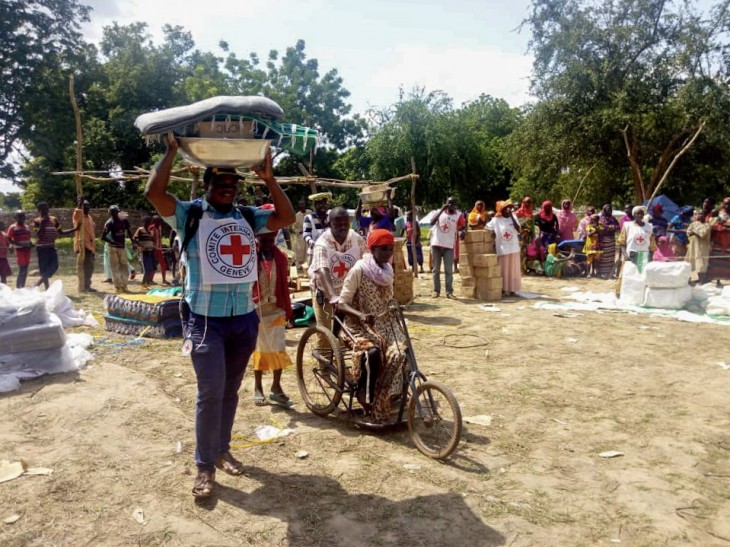 More than 25,000 people – almost the entire population of Birao– have been forced to flee empty-handed to makeshift camps. ICRC / Olivier Kohamalet Landoma

The ICRC, in cooperation with the Central African Red Cross Society, has distributed essential supplies to 2,415 displaced families, or more than 12,000 people. The families have received pagne body wraps, blankets, basins, sleeping mats, mosquito nets, jerrycans, soap and kitchen utensils. These much-need items allow displaced people to cook the food that has been distributed by other humanitarian organizations and to store water as hygienically as possible. The blankets and sleeping mats afford protection from the rain and bad weather.

A dozen plane trips were needed to deliver the 50 tonnes of life-saving aid. Completely impassable roads, mostly because of the rainy season, have hampered the response.

The ICRC has also distributed body bags to volunteers from the Central African Red Cross Society, which is managing the collection of victims' remains, so they can be treated with dignity. Medicines and medical supplies, first-aid equipment and 600 kilograms of super cereal have been provided to the Central African Red Cross Society and the hospital in Birao since the fighting began.