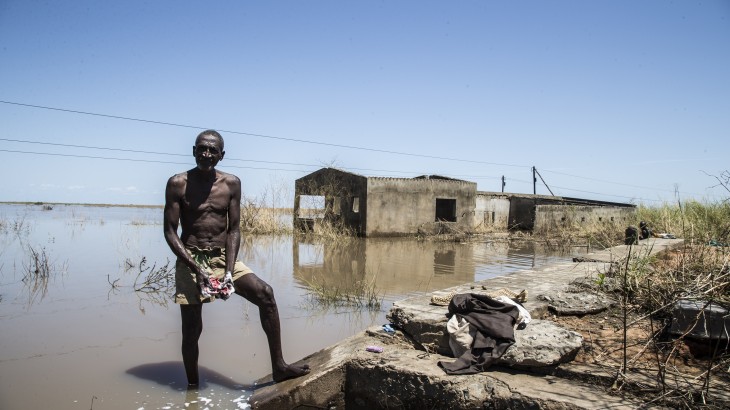 Kino Santos, 70, a widower and resident of Dondo in Sofala Province, Mozambique since 1975. Two weeks have passed since he last had contact with his children, who live in a different province. CC BY-NC-ND / ICRC / Amilton Neves

Geneva (ICRC) - As flood-waters from Cyclone Idai recede, the scale of the devastation left behind is becoming clearer. But, worryingly, some of the hardest hit communities remain cut off from outside assistance. Tens of thousands of people are homeless, and hundreds of families have been separated.

In order to support communities reeling from the storm in Mozambique, Zimbabwe and Malawi, the International Committee of the Red Cross (ICRC) is working with the International Federation of Red Cross and Red Crescent Societies (IFRC) and national Red Cross societies to provide assistance.

“As we reached remote communities cut-off by flooding and landslides, we are struck by the resilience that people have despite the tremendous hardship. We are rapidly deploying our teams of water, livelihoods and health specialists to assess and address their immediate needs,” said Hicham Mandoudi, who is leading the ICRC’s relief efforts from Chimoio, Mozambique.

“The challenge for us is that the burials are very shallow. It’s not a burial as much as a clump of trees and debris that people put on the body. Very soon that would be moved by the wind, the rain and the water, so that body will just reappear and require another more permanent burial,” said Stephen Fonseca, the ICRC’s forensics specialist on the ground in Mozambique.