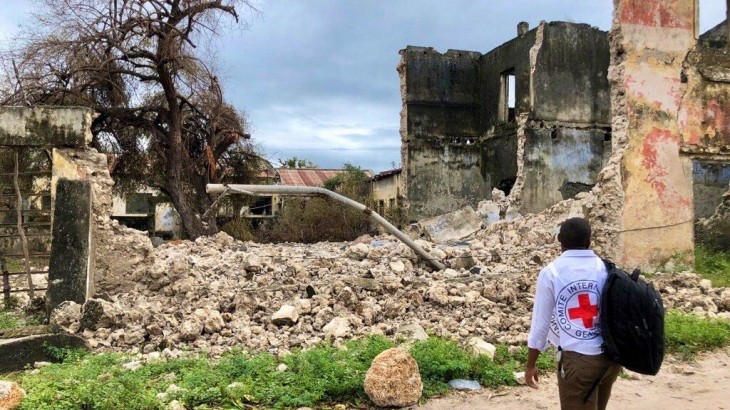 As days of rain, flood-waters and high winds from Cyclone Kenneth recede, the catastrophic destruction left behind is becoming clearer.

Tens of thousands of people are homeless and little remains in many communities where homes, schools, businesses and places of worship once stood. In order to support communities reeling from the impact of Cyclone Kenneth in Cabo Delgado province, Mozambique, the International Committee of the Red Cross (ICRC) is working with the International Federation of Red Cross and Red Crescent Societies (IFRC) and the Mozambique Red Cross Society to provide assistance.

“As our teams reach communities flattened and destroyed by high winds and rain, we are deeply concerned about the urgent humanitarian needs that families face. We are distributing items such as tarpaulins, sleeping mats and kitchen sets to help alleviate residents’ suffering,” said Hannah Matthews, who is leading the ICRC’s relief efforts from Pemba, Mozambique.