Our work in Cambodia 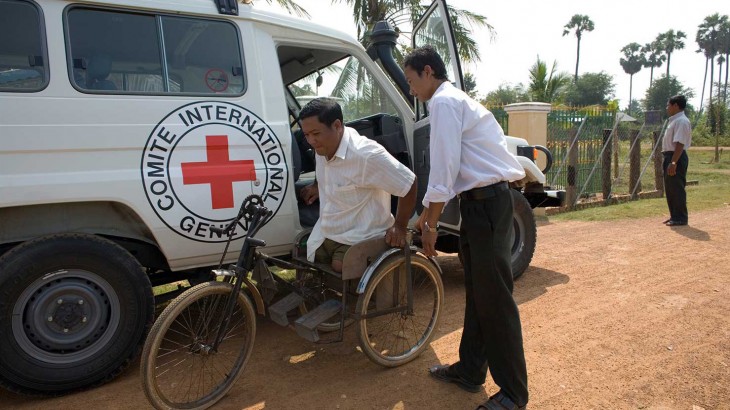 In the 50 years of the ICRC's presence in Cambodia, the organisation has been carrying out a wide range of activities in accordance with its mandate under the Geneva Conventions. It has supported the construction of medical facilities, developed an orthopaedic project, worked for the re-establishment of family links, visited prisoners and promoted international humanitarian law.

Up until 1970, the ICRC's activities concentrated on the impact of the war in neighbouring Viet Nam and outbreaks of sporadic violence in the country. After the Khmer Rouge regime was removed from power in 1979, the ICRC worked to reconstruct and rehabilitate the country. But the legacy of war continues to impact people's lives. Many of the 150,000 disabled people in Cambodia have lost limbs to landmines and face difficulties reintegrating into society. Over 90 per cent of Cambodia's population live in rural areas in need of development and lack of adequate basic public services still impede inclusive development. In prisons, minimal access to basic requirements such as water, sanitation, exercise in outside areas, as well as family visits all contribute to an environment where both physical and psychological health problems are common. These issues are further exacerbated by overcrowding in prisons.

Find out what we are doing in Cambodia: