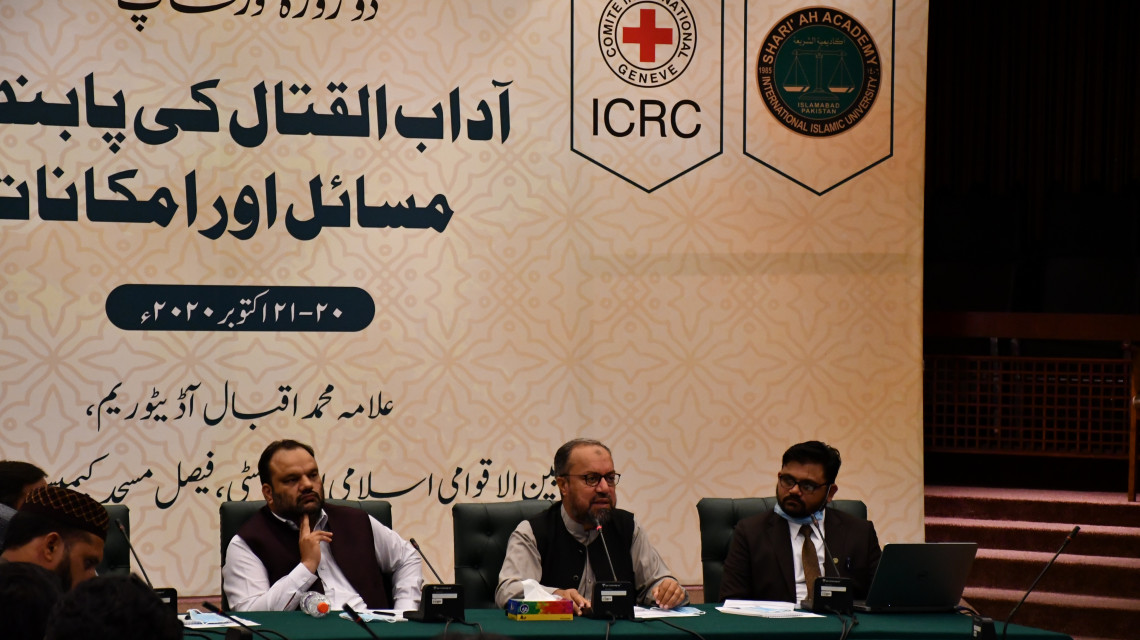 The Shariah Academy – a constituent of the International Islamic University in Islamabad, Pakistan –and the International Committee of the Red Cross (ICRC) jointly organized a workshop entitled "The Islamic Perspective on the Roots of Restraint in War".

The workshop, which was organized in October 2020, was inspired by a recent ICRC study – The Roots of Restraint in War – that investigates how formal and informal norms condition the behaviour of soldiers and fighters. The study emphasizes the need for harmony between laws and the values underpinning it, highlighting that internalizing the values proves to be a more sustainable way of promoting restraint.

The workshop began with an interactive session led by Dr Ziaullah Rahmani, senior programme officer at ICRC Pakistan. He explained about the ICRC and its work in the country and in the Muslim world. Dr Muhamamd Mushtaq Ahmed, director-general of the Shariah Academy, talked about the spirit of restraint in Islamic law.

Dr Muhammad Munir, professor of law at the university, summarized the code of conduct of war in Islamic law. He highlighted that the Prophet Muhammad and his successors disallowed the destruction of buildings, reckless felling of trees, perfidy and killing of women, children, old, sick, wounded and envoys.

The professor added that the destruction of harvest, livestock and forests, looting, plundering, indiscipline, genocide, mutilation of bodies and other violations listed in contemporary international humanitarian law (IHL) as war crimes are also prohibited.

The workshop will help the project research team identify and recommend areas for further study. More such workshops with prominent Islamic scholars and opinion makers will be organized to achieve better socialization of the norms and values related to the law of armed conflict.