A month after a powerful 7.5 magnitude earthquake struck the Highlands in Papua New Guinea, the ICRC is gaining greater access and assisting more of the affected population in remote parts of Southern Highland and Hela provinces. The Papua New Guinea National Disaster Center estimates that more than 544,000 people have been affected in five provinces and more than 270,000 people are in immediate need of assistance.

It is reported that the death toll has reached over 100 people and more than 300 individuals have been gravely injured in the affected areas.  The ICRC's operational focus is currently in providing water, sanitation and habitat activities in health centres, communities, and schools. 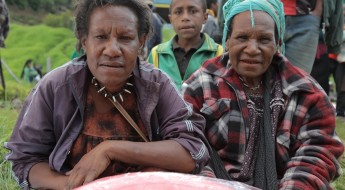