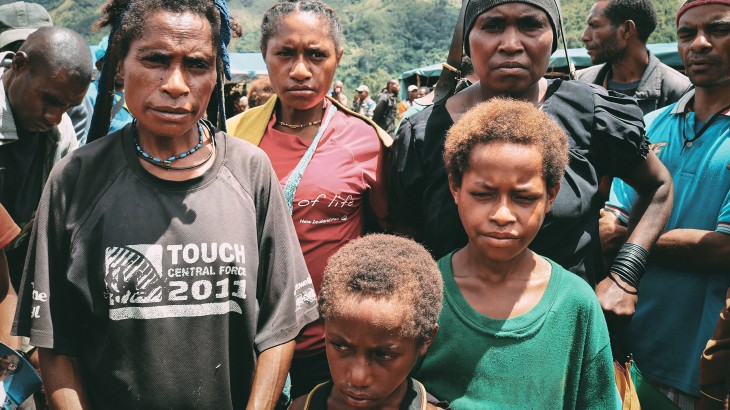 The last couple of years had been tough enough for Yapanu Daniel, a widow and mother of four. Having lost her husband in 2015, she had been working tirelessly to put food on the table for her four young ones. But what befell her small family on 26 February 2018, the day a devastating earthquake struck Papua New Guinea, left them homeless and struggling for survival.

Belonging to what was once Yakara village in Toiwaro ward one, Poroma LLG of Nipa-Kutubu district, Southern Highlands province, Yapanu now lives at Urila care centre with her four children – Dalin, Melenge, Doli and Undip.

Still traumatized, yet collected, Yapanu recalled what the 7.5 magnitude quake felt like. "As the earth roared beneath our feet, rocks came crashing down on the homes. It sounded like a bomb explosion and destroyed everything around us in a matter of seconds."

Confused and scared, she jumped up from the bed and instinctively reached out for her children. "Our house was swaying... it had been struck by boulders and everything was crumbling under their weight. Suddenly, the roof caved in on me. I somehow forced my right hand through the rubble and helplessly lay there, waving for help," Yapanu pieced that painful memory together.

What happened next was nothing short of a miracle. From amidst the wreckage, her young daughter saw her mother's hands through the debris and extending her little hand, trying to reach out to her mother. Buried under the ruins, Yapanu could barely breathe, let alone shout or move as land continued to slide down the surrounding mountains. "But then I heard my daughter cry and call out my name. I managed to grab some dry kunai grass nearby so that the rustle could alert her. She eventually noticed me and shouted even louder to call for help," the young mother narrated. 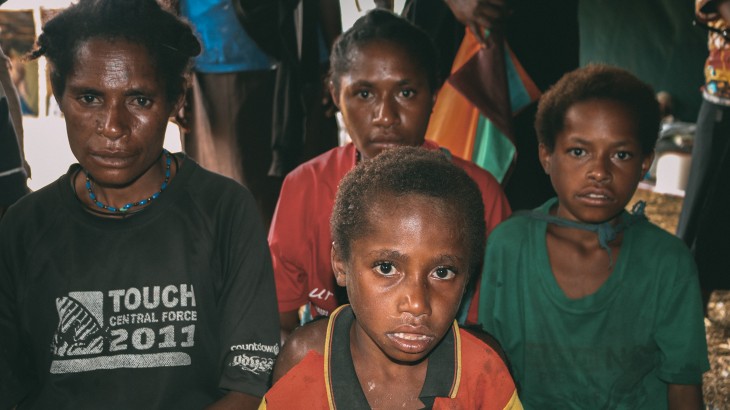 Yapanu Daniel and her three children. The child (front) was the one who helped Yapanu from the debris. Reubel Tabel / ICRC

Despite the cover of darkness, villagers dug through the debris to pull out a bruised and badly injured Yapanu.

Her despairing pain was far from over. As she stood there clutching the hands of three of her kids, she realized that one of her sons – who bore a close resemblance to her husband – was nowhere to be seen. Desperate to find him, she went back to the remnants of her family home, hoping he was still alive.

The place was eerily dark and like many others looking for their loved ones, Yapanu began her search. Using the light of a mobile phone as their guide, the kids joined their mother in carefully lifting the debris, hoping to find their missing brother.

"We were about five metres away from the site of our house when I heard a very faint 'Mama o! Mama o! Kam rausim mi yah mi dai nau o! (Mama, help me or I will die!)'," Yapanu said.

These few words gave so much strength to the young mother that she ran towards the site. They removed the stones as fast as their hands would move and with the help of the village youth, the family pulled out their beloved son. Just a few moments after that, another landslide buried that very spot even further down.

"My children and I have been wearing the same clothes since 26 February, that fateful day which was ironically also my birthday," Yapanu painfully shared. "Though we lost everything that day, I'm so thankful to God that my children are well and alive," she said. 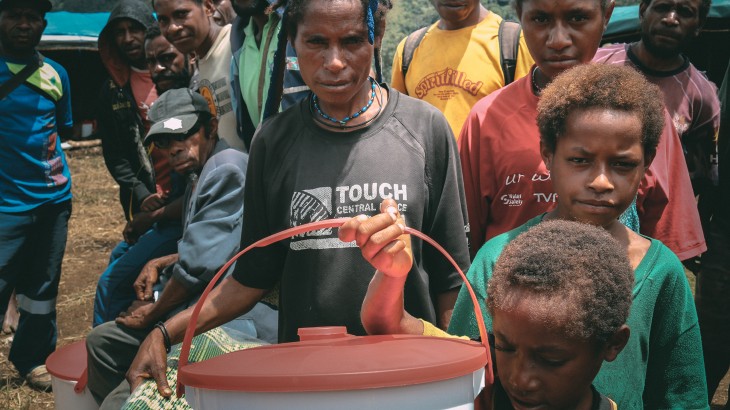 Yapanu and her kids are one of the 144 quake-hit families that recently received relief supplies from the International Committee of the Red Cross (ICRC) at Urila care centre. The ICRC provided every family with buckets, tarpaulin, sleeping mats, blankets and toiletries.

The ICRC is a neutral, impartial and independent organization working in Papua New Guinea on strictly humanitarian basis.