People living with disabilities contributing to society with their unique talents

Halil, Langoya, and Kenneth are among the few people living with disability and working for the ICRC in South Sudan, they have made a great contribution to the societies in which they live and work. Far too often the work being done by people living with disabilities is ignored and society sometimes fails to recognize the challenges they face in their daily lives.
Article 06 December 2022

Armed conflict poses many challenges and risks for persons with pre-existing impairments. Usually, they are the first to be forgotten and are disproportionately affected by armed conflict and other situations of violence. Fleeing to safety from the dangers of military operations and accessing basic services like water, sanitation, food, shelter, or health care can be complex and risky for people with physical disabilities.

Far too often the work being done by these people is ignored and many times society fails to recognize the challenges they face in their daily lives.
In line with its Vision 2030 on Disability, the International Committee of the Red Cross (ICRC) aims to transform the way it addresses disability inclusion in humanitarian operations through collective action across the organization. By 2030, the ICRC aims to be a leading provider of and advocate for inclusive humanitarian services and a disability-inclusive employer, which creates and supports opportunities for persons with disabilities to achieve their full potential in societies affected by armed conflict and other situations of violence.

Doctor Kenneth Ozoilo and James Ochan Langoya who both work for the ICRC in South Sudan, are living testimonies of having conquered their own disabilities to excel in life and give back to the community.

Doctor Ozoilo, a Nigerian general surgeon with a specialization in trauma surgery, defied all odds to achieve his dream of becoming a doctor despite the severe damage to his right leg caused by a bone infection. He graduated as a doctor at age 23, became a consultant surgeon at 34, and a professor of surgery at 48. He also lectures at the University of Jos and is a consultant surgeon with the Jos University Teaching Hospital, both in Jos Plateau state, Nigeria. 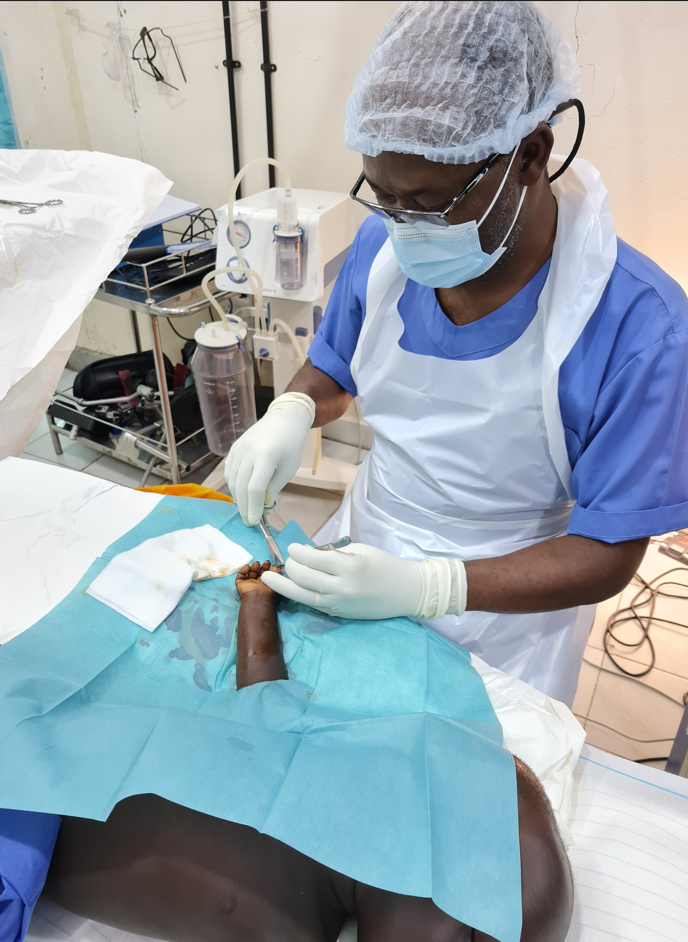 The surgeon's first interaction with the ICRC was in 2011 when a Mobile Surgical Team (MST) was deployed by the ICRC to the hospital in Jos following the recurrent community violence that the city was experiencing at that time. Since then, he has done several missions for the ICRC in different parts of South Sudan, Pakistan, Afghanistan, and Azerbaijan, and is an instructor for the Emergency Room Trauma Course (ERTC) and the War Surgery Seminar (WSS) courses. He has also provided surgical support and runs courses for the ICRC in Maiduguri and other parts of Nigeria.

"My profession is significant for me because in the society where I grew up in northern Nigeria, the person with a disability is often seen as unfortunate, helpless, dependent, and a drain on family resources. Most are frequently left to beg for alms or at best to a lifetime of menial jobs. My case has been quite the opposite, all thanks to the breaks I had."

Reflecting on the International Day of Persons living with Disabilities (IDPD), which is celebrated globally on 3 December, Dr. Ozoilo said the advancement of disability inclusion will empower this important segment of the global population to contribute their unique talents to the larger society. He says it's a noble inspiration and will in the long run greatly enrich humanity in more ways than one. 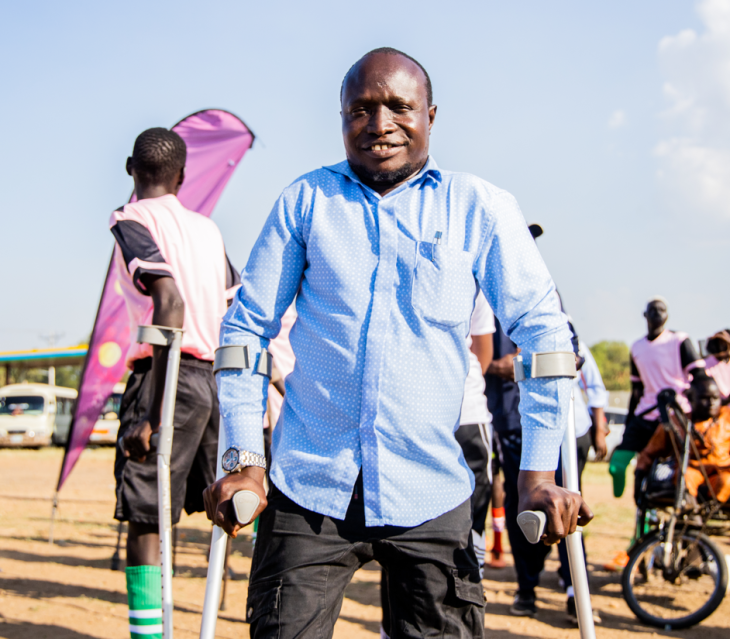 Ochan, whose disability requires him to use orthoses on his left leg and two crutches as a means of mobility, joined the ICRC in 2021 as the Disability Inclusion Advisor for the Physical Rehabilitation Program (PRP) in South Sudan. In collaboration with the Ministry of Gender, Child, and Social Welfare (MoGCSW), the ICRC is supporting 3 Physical Rehabilitation Centers (PRC) in Juba, Wau, and Rumbek to cater to the needs of persons with disabilities.

A business administration graduate, Ochan has years of experience working with persons with disabilities and can easily relate to their situations and their daily struggles. He admits that one of the major challenges they face is the perception that people have of them.

"Many times, our views and suggestions are not taken seriously because people look at us differently without realizing that we make up a good percentage of the population and we also contribute towards the development of the nation," he said.

Ochan heaped praises on the ICRC for the services it provides to support the physical rehabilitation care for persons with disabilities by providing the much-needed materials to make orthopaedic devices and to provide walking aids such as wheelchairs and crutches. The ICRC also facilitates people who come from very remote places, by guaranteeing their transport to one of the 3 supported PRCs so that they can benefit from their services.

Orthotist, Halil Hamisi Mnzava giving a presentation during a knee-ankle-foot orthosis training for staff at the Juba PRC center

Prosthetist and Orthotist Halil Hamisi Mnzava says the ICRC is giving persons with physical disabilities a new chapter in their lives through the services that it provides. Halil, who was based at the Rumbek PRC for the last two years believes that having a sense of empathy is important when working with persons with disabilities because it allows one to 'fit in their shoe' and see the world from their perspective, adding he lives by this motto in his daily interaction with persons living with disabilities.

Persons living with disabilities are survivors and have skills and abilities that make them valuable contributors to society. Their worth should not be underestimated. They show us what it means to be human, and they teach us acceptance, humility, and compassion. There is no greater stimulus to achieving a sense of human dignity than for a person with a disability to become valuable and to be appreciated on the strength of that.